Super Mario 64: where to find all the Stars in the Labyrinth Cave

Down in the basement of the Castle di Super Mario 64 you will find four additional areas, including the fearsome Labyrinth cave and here we explain where to find all the hidden stars in this area.

You don't need to enter a painting to gain access to the Grotto. Instead, look for a painting (located on a wall in the basement) of Lava lake. The entrance to the cave is found by going to the right after having found the aforementioned framework. You should find one Bring to Stella at no cost. Cross it and you will notice a mysterious one puddle: Jump inside to start exploring the Labyrinth Cave.

This dangerous dungeon has in store 7 stars for you. Before, however, moving on to indicate their positions, a few brief notes on the history of this title considered today one of the most important in videogame history is a must.

As of March 1997, in the windows of the electronics and toy stores of allEurope, a title that would forever change the history of video games was making its debut. Super Mario 64 it was the eighth game in the historic saga and the first to propose a game world completely three-dimensional with the camera placed behind the most famous mustachioed plumber ever.

Before this title, others had tried to combine the (typically two-dimensional) formula of platform to that of three-dimensionality but the Nintendo game was the first to be able to propose the mix in a convincing way, so as to create a genre in its own right.


In the game, Mario, intent as always to save the Princess Peach, he has to catch the Stars scattered around areas of the game world to foil the plan of the evil Bowser and defeat him (at least for the moment). The timeless platform-3D is back in all its light-hearted freedom in the Super Mario 3D All-Stars collection for Switch available in stores from September 18. Let's see where to find all the stars in the Labyrinth Cave. 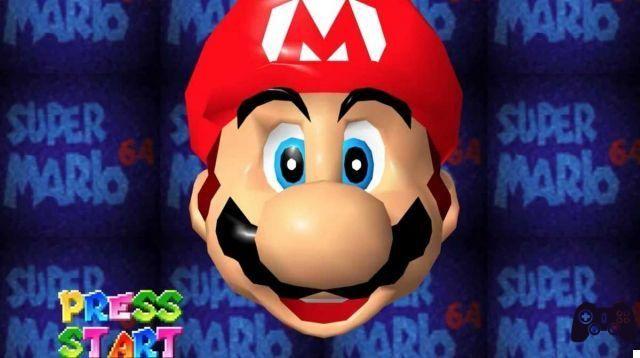 Dorrie - Super Mario 64: how to get all the Stars in the Labyrinth Cave

At the entrance, take the path to the left and take a long jump to pass the large hole. Follow the path of the level (up where the rocks are falling, through a door, down the elevator). Eventually you will find yourself in a large area of open caves, and lo and behold before you Dorrie the Water Dragon.

Dorrie is friendly, so just go up on his head and use it to go up to the central platform to reach the Star. This is the first star you will find in the Labyrinth Cave. 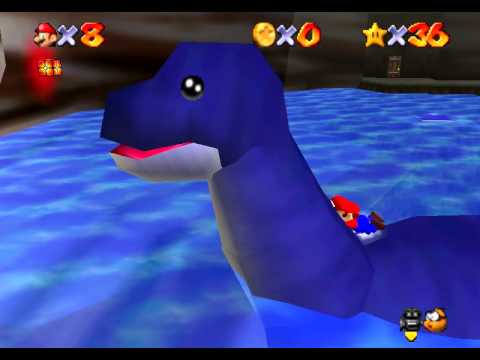 Red Coins - Super Mario 64: How to Get All Stars in Labyrinth Cave

La Stella linked to red coins it is at the beginning of this level. This time it will be easier in some ways than in other levels and more difficult for others. All 8 red coins are in one room, but taking them will involve solving some kind of puzzle.

Go into the corridor on the right toentrance of the Cave. The next room is a large one square room evaluation with more floors. You can climb to the first level using the stairs in the corner. On this floor there is a platform with directional buttons. Press a button to set the platform in motion in that direction. The platform won't stop until it hits something.

4 monete they are on this plane, hidden within blocks and the like. So, you'll have to steer the platform so that you can jump onto a stick to go up to the next level, where you will find the latest ones 4 coins. The Stella will appear on the ground, right at center of the room. And here you have just collected the second of the Stars in the Labyrinth Cave of Super Mario 64. 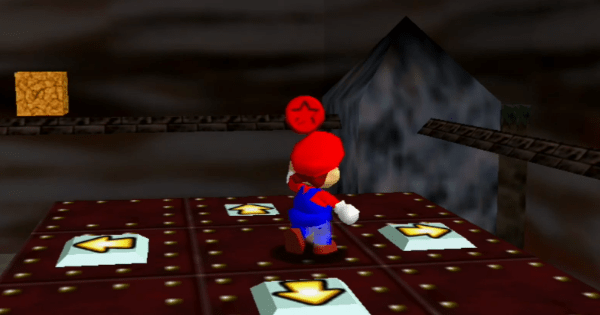 Armor Hat - Super Mario 64: how to get all the Stars in the Labyrinth Cave

For this Stella, you must first have pressed the green button to unlock the Armor Hat (what turns you into Metal Mario) For Mario. Now go back to the lake where you found the first star e Dorrie. There is a job for Mario Cappello Armor right there.

Use Mario Armor Hat to activate theswitch which is underwater in the lake. The doors will open which you will then have to cross with a long jump after the effect of the metal cap is finished. This is the third of the 7 Stars hidden in Super Mario 64's Labyrinth Cave. 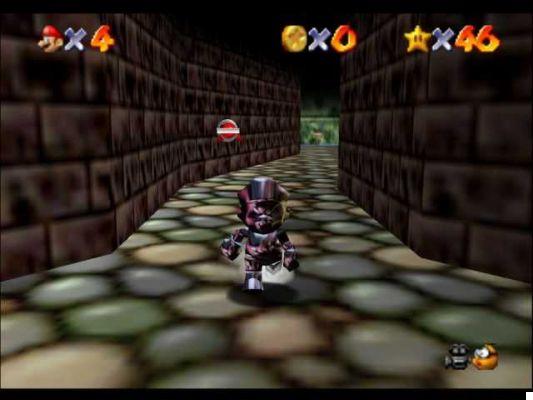 Toxic Maze - Super Mario 64: How to Get All Stars in Labyrinth Cave

La fourth star of the Labyrinth Cave will make you sweat a little. In room where did you find the red coins there is a door, behind which there is a hole. In front of the hole there is one map: the down arrow shows the starting point and the up arrow shows the exit.

I blue circles they indicate where you can climb, but this time you don't really need them. Anyway, take a look at the map before getting off. In this hole you will find a labyrinth full of gas poison ready to poison Mario.

Metal Mario it is immune to toxic fumes, so the whole thing becomes more affordable if you get the first Armor Hat we told you about earlier. Exit the cave and thelift will take you to the star. 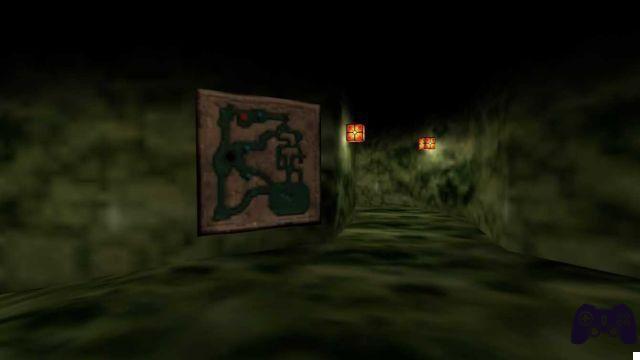 Emergency exit - Super Mario 64: how to get all the Stars in the Labyrinth Cave

This Star is found in the same area as the previous one, then turn around and go back to the aforementioned toxic labyrinth. This time, we recommend that you use the points where i are located blue circles on the map in front of the entrance hole. Thanks to these you can rise high and reach one ledge to the left.

If you get lost, there is ablue coin switch: step on it to make the coins appear, which will lead you straight to this one Stella, the fifth of the stars available in Super Mario 64's Labyrinth Cave. 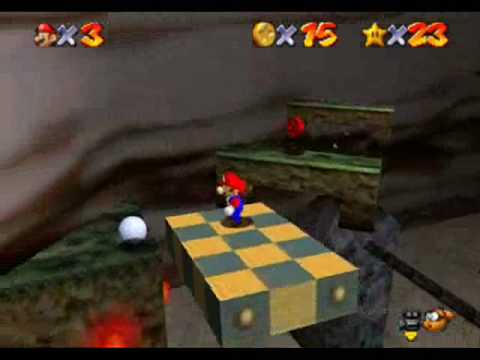 Boulders - Super Mario 64: how to get all the Stars in the Labyrinth Cave

Remember the area you went through to reach the first of the Labyrinth Cave stars with falling rocks? Avoid the boulders and go to the area where they appear. There is a ledge here, near the door, go mute and get to the projection. Here is the sixth Stella. 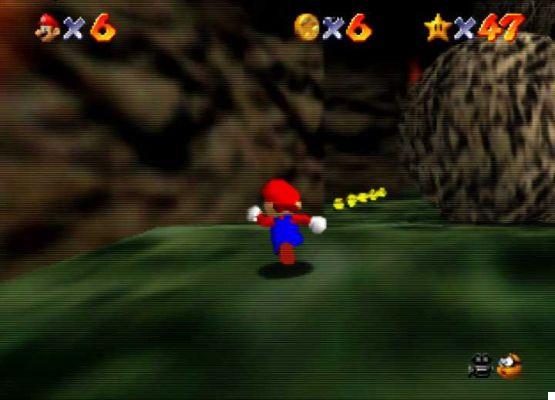 100 coins - Super Mario 64: how to get all the Stars in the Labyrinth Cave

Get ready for the latest and more arduous of the stars of the Labyrinth Cave. There is really a lot of sweat here. This isn't a terrible 100 coin star, but you'll probably need the blue coins found in the toxic labyrinth.

There are just 31 yellow coins, but almost as many you will get from enemies in this area. Many of them here release 3 coins after the defeat. Expect to lose some in the wells, beware, but there are more than 100 in this area. This was the last of the Stars of the infamous Super Mario 64 Labyrinth Cave. 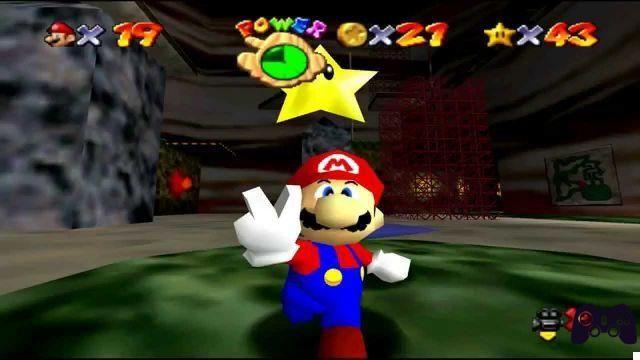 The game is worth the star

You have come to the end of our guide. You will have to beat this area far and wide to get them but as they say, the game is worth the candle (or the Stella in this case). Furthermore, as you have seen, the Armor Hat Mario's will come in handy in several cases, so try to get it now.

Thank you for taking the time to read this guide. Here you will find another one on Stars of the Lava Lake. Stay tuned with us at Holygamerz for all the other news and curiosities from the world of gaming and beyond.

Super Mario 64: where to find all the stars in the Water Abyss ❯

add a comment of Super Mario 64: where to find all the Stars in the Labyrinth Cave