A few weeks after launch, we tell you what you need to know before starting our adventure in the company of Super Mario 3D World + Bowser's Fury

The 2021 of Nintendo opens dusting off an old glory of the unfortunate Wii U playroom, with the return of one of the latest adventures of the mustachioed plumber of the Kyoto house, who is preparing to return, in decidedly dazzling form, also on Nintendo Switch, thanks to Super Mario 3D World + Bowser's Fury, let's find out what you need to know before starting to play this title.

A look into the past

Super Mario 3D World + Bowser's Fury marks the return of one of the episodes that characterized the troubled life cycle of Wii U, the console Nintendo from the very intriguing premises, but which failed to fully intercept the public's favor, given the certainly not substantial number of units sold. The title in question, although not a new chapter, will not spare some pleasant addition, consisting of a portion never played before, which, as can be seen from the title, will have as its protagonist the historical nemesis of the Italian plumber.

At the beginning of our story, we find Mario, Luigi, Peach and Blue Toad intent on walking, while a night party is in full swing around them. The light-heartedness is, however, interrupted by the appearance of a Transparent Tube which, once repaired by the two brothers, lets one out Princely, who tells the quartet how his kingdom was conquered by the usual Bowser, with the King of the Koopas who took care of capturing the other fairies.

When the latter suddenly appears, locking up the Princely in a jar before disappearing, the four set out in pursuit e they reach the Kingdom of the Fairies, where they will once again have to face Bowser and his henchmen. 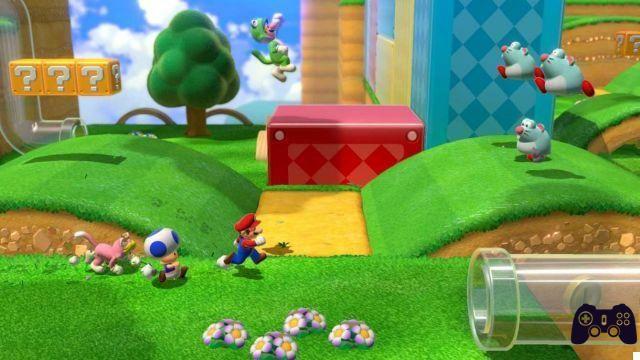 The game is based on some gameplay concepts already seen in Super Mario 3D Land, with a structure that blends 3D elements with typical mechanics of two-dimensional platform. In addition, the actions taken from the game are also taken up Mario and the other characters can perform: it will not be possible to perform the Triple Jump or Backward Somersault, replaced by the possibility of making a Jump lowered.

One of the main features of Super Mario 3D World + Bowser's Fury will be to allow a cooperative game, even if we will still be able to face the title alone. Also peculiar will be the weapons park that the characters will have available to defeat the enemies, which will present Baseball Balls, Bombs, bombs similar to soccer balls or vases with Piranha Plants. 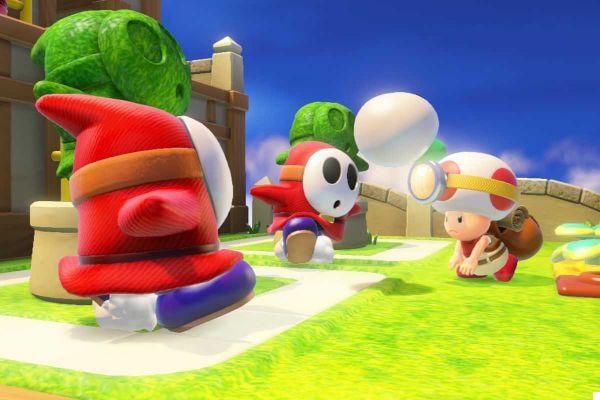 As stated above, Super Mario 3D World + Bowser's Fury presents 4 different characters playable, each characterized by their own unique abilities.

Obviously, as tradition dictates, too Super Mario 3D World + Bowser's Fury it won't spare us some clashes with gods iconic bosses, which will join old acquaintances such as Goomba, Bullet Bill e Cave Troopa, but there will also be new faces that we invite you to discover. This is the complete list of boss: 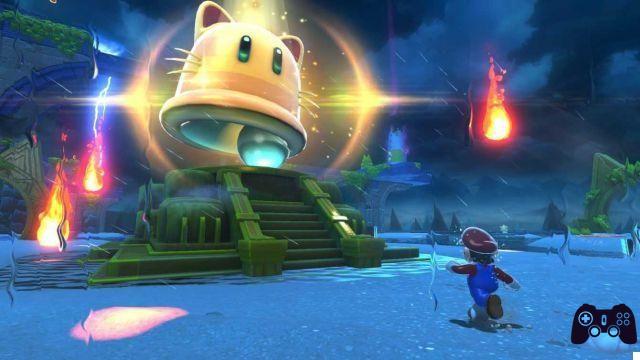 The new addition dedicated to the historic enemy of the plumber Nintendo, introduced in this Super Mario 3D World + Bowser's Fury, will see our favorite boss corrupted by a mysterious dark substance, which will transform him into a ruthless creature in search of destruction. It will be up to Mario e a Bowser Junior launch into the search for the Solegatti and harness their mysterious power to save  Bowser.

In this unprecedented cooperative journey, it will be necessary to pay attention to the storm that, from time to time, could come, since it is the signal that warns us of how Bowser furious is tremendously close. The only way to get out of this danger unscathed is to have recovered the 5 Solegatti present on the island where we will find ourselves, so as to be able to activate the Gigacampana, able to turn our hero into Giga Mario, so as to make him fight on an equal footing with his mutated arch enemy. 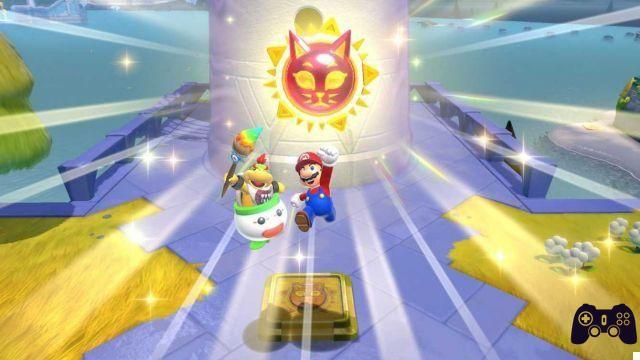 Between old and new

This concludes our guide dedicated to Super Mario 3D World + Bowser's Fury and what to know before you start playing, but the meeting with the new title directed at Nintendo Switch certainly does not end here, since in the next few days we will go to face other aspects of the game, so as to make you arrive at the appointment, set for the next February 12, ready to launch you on an adventure. At this point, therefore, our invitation is to stay tuned to the pages of Holygamerz.

Do you want to be a video game expert and know all the tricks, guides and reviews for your video games ? Holygamerz.com is a group of video game fanatics who want to inform you about the best tricks, guides and tips. We offer you the best information to be a reference in gaming, so here you can find guides, tricks, secrets and tips so you can enjoy your games to the fullest. Are you ready to get all the achievements of that game that you resist so much? Enter now and enjoy your favorite video game to the fullest!
Super Mario 3D World + Bowser's Fury: Character Skills Guide ❯

The solution of DISSIDIA: Final Fantasy

Resident Evil Village: here's how to make (you) money fast

Add a comment from Super Mario 3D World + Bowser's Fury, what to know before starting