Nintendo Direct: the next one dedicated to Super Mario Maker 2 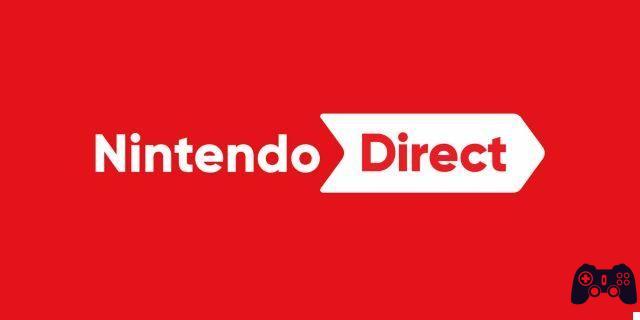 Nintendo Direct: announced the date of the next appointment, which will be dedicated to the highly anticipated Super Mario Maker 2 for Nintendo Switch

The big N has finally announced the next date Nintendo Direct! The appointment is set for midnight on Thursday 16 Maggio 2019, or in the night between Wednesday 15 and Thursday 16. The new episode will last about fifteen minutes and will be entirely dedicated to Super Mario Maker 2, highly anticipated title for Nintendo Switch.

The company has not disclosed all the contents of the upcoming broadcast, but has stated that it will still be "full of new details" about the game. The broadcast will focus on Super Mario Maker 2 gameplay news; the new chapter will offer an even more refined level editor, with many additions designed for both veterans and first-time players with this sandbox title. You can follow the new Nintendo Direct directly on the YouTube channel of Nintendo!

Super Mario Maker 2 will land on soon Nintendo Switch, enriched with new content and features! Players will have fun new possibilities to unleash their imaginations and shape the Mushroom Kingdom. The game was announced for Nintendo Switch during the February Direct; the first installment of the series, albeit on the ill-fated Wii U console, was a great success and many were clamoring for a sequel. Today, Nintendo wants to offer an experience that incorporates the unique features of the original game, enriching them with additional tools that give free rein to the imagination of the players.

Nintendo has come up with new options for gamers, which they will be able to create your own levels as they have always dreamed of them. You can decide where and how arrange enemies, traps, platforms and, for the first time, also slides and gradients. Nintendo has also made improvements to the search system for levels already created and shared by users: the system is inspired by social networks, loves we will have to wait until May 16 to find out all the details.


Also one seems to be confirmed offline multiplayer mode to play with your friends using the single Joy-Con. Considering the popularity of Nintendo Switch, the number of levels created and shared by players could be very high: it will be interesting to find out how the cloud and sharing system will work. Also, as many fans still play the original title on Wii U, we wonder if game data transfer to the hybrid console will be available. Finally, in the next Nintendo Direct, there will also be space for Super Mario World and Super Mario 3D World.


The next Nintendo Direct will be forwarded to midnight between 15 and 16 May 2019. The most famous mustachioed plumber in the world is about to return; are you ready to make your own game levels? The launch of Super Mario Maker 2 is expected for the June 28 2019; the title will be exclusive Nintendo Switch.

Do you want to be a video game expert and know all the tricks, guides and reviews for your video games ? Holygamerz.com is a group of video game fanatics who want to inform you about the best tricks, guides and tips. We offer you the best information to be a reference in gaming, so here you can find guides, tricks, secrets and tips so you can enjoy your games to the fullest. Are you ready to get all the achievements of that game that you resist so much? Enter now and enjoy your favorite video game to the fullest!
Octopath Traveler: Best Secondary Classes by Character | Guide ❯

Add a comment from Nintendo Direct: the next one dedicated to Super Mario Maker 2