In this episode of the Monster Hunter Rise weapons guide we will tell you about the light crossbow, a fast and handy firearm

To approach a new chapter in the series, however, it is necessary to overcome a great initial obstacle, that is the choice of equipment. Monster Hunter weapons are very different from each other and to become skilled hunters it is essential that you find the one that suits you best. To help you with your research we have therefore decided to write one introductory guide for all Monster Hunter Rise weapons and in this new episode we will talk about the light crossbow.

Many people consider the light crossbow to be one of Monster Hunter Rise's worst ranged weapons, but with our guide we will make you think again. Compared to its heavy counterpart, this tool deals less damage, but manages to compensate very well thanks to its own extreme mobility. In addition, you can improve the performance of your weapon even more thanks to against, i.e. additional upgrades applicable by blacksmiths.

In addition this weapon is also capable of using a large variety of different bullets and to apply special effects to some of them (we'll talk more about this later). If you are eager to bombard your prey relentlessly without ever having to stop, then the light crossbow is the perfect weapon for you. 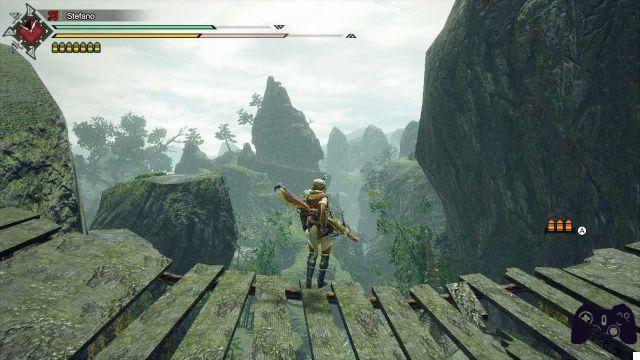 The basic controls of the light crossbow are very simple and almost resemble those of a third person shooter. Keep pressed "ZL”Will allow you to I'll look, with "ZR"You can shoot, while with "X"Instead you can reload. By holding down “L + X"Or"L+B"You can instead scroll through the various ammunition you have and quickly change the type of bullets you are using. Furthermore, we would like to point out that by pressing "X + A”You will be able to execute a weak melee attack with your weapon, but you will hardly find yourself using this technique during a hunt.

In addition to these basic attacks, the light crossbow also has a very powerful extra attack: the wyvern outbreak. The wyvern outbreak is a kind of mine which can be placed in the ground by pressing "A”And which is capable of generating various explosions whenever a bullet passes in its vicinity. If positioned in the right way this tool will allow you to inflict a lot of damage on your prey. More mines will regenerate automatically after a certain amount of time, so you will never run the risk of running dry during a hunt.

These explosive details are what allows you to better distinguish the light crossbow from the other ranged weapons of Monster Hunter Rise and, as you will discover by continuing to read our guide, you can maximize their effectiveness by placing them in unconventional points. 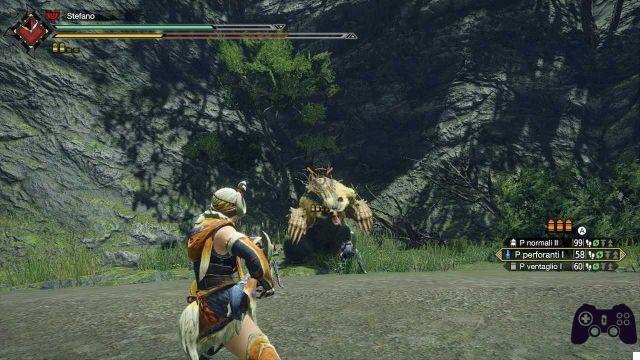 As we have already mentioned in the guide dedicated to the bow, to make the most of Monster Hunter Rise's ranged weapons you will need prepare some items before starting a hunt and in the case of the light crossbow it is the munitions. As you can easily guess, ammo is what allows your weapon to fire and within the game there are many different types. However, not all crossbows are able to use all types of bullets, so before starting a mission we suggest you read the description of the weapon carefully you are using.

The effect of your attacks will vary based on the type of ammo you are using, but your weapon will also be able to affect it. Light crossbows synergize with some types of bullets and they are able to enhance them thanks to the addition of several extra effects. For example your weapon could allow you to firing multiple bullets in quick succession of a specific type, but consuming only one. The effects and types of projectiles affected vary from crossbow to crossbow, so also in this case we suggest you pay close attention to the description. 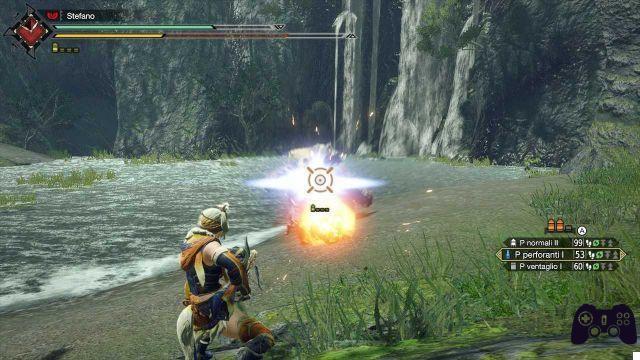 The wire insect attacks of the light crossbow are: fan leap and silky flight. Fan Leap allows you to use the iron silk for snap forward and quickly get close to a monster. Then you can press "A"To quickly place a wyvern blast or"ZR" for shoot a very powerful short-range shot.

Silkweave flight, on the other hand, is a technique that allows you to use your wire insect to jump high, fly over an enemy and land behind them. This move is great for quickly repositioning or hitting a monster's back on the fly, but to get the most out of it you'll need to use it in conjunction with the wyvern blast. By pressing "A"In mid-air in fact you can stick a mine directly into the flesh of your prey, thus maximizing its destructive effect.

In this paragraph of the guide we told you about the attacks with wire insect for the light crossbow featured in the latest Monster Hunter Rise demo, but before concluding we would like to remind you that in the full game these techniques may vary based on weapons or other factors. In the various videos shown by Capcom there are several attacks unusable in the demo, so it is likely that you can change them in some way. 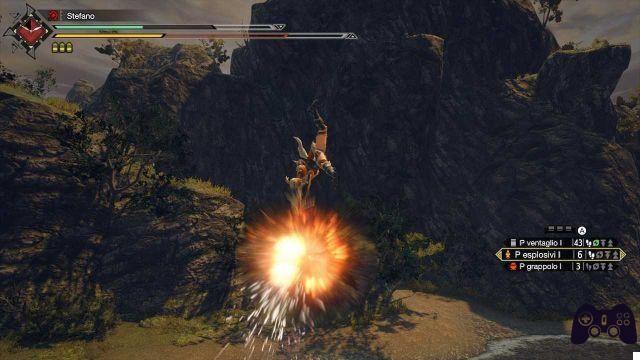 This concludes the episode of our Monster Hunter Rise weapons guide dedicated to the light crossbow. Now there is nothing left to do but take advantage of the versatility of this weapon to bring even the most difficult prey to its knees.

In case you want to know more about the game, we invite you to read ours preview. Furthermore, if this guide dedicated to the light crossbow has been useful to you, we suggest you check out the other articles on Monster Hunter Rise weapons here on the site as well: