In this latest episode of the Monster Hunter Rise weapons guide we will tell you about the heavy crossbow, a slow and heavy hand cannon

To approach a new chapter in the series, however, it is necessary to overcome a great initial obstacle, that is the choice of equipment. Monster Hunter weapons are very different from each other and to become skilled hunters it is essential that you find the one that suits you best. To help you with your research we have therefore decided to write one introductory guide for all Monster Hunter Rise weapons and in this final episode we will talk about the heavy crossbow.

The heavy crossbow is one of the most powerful ranged weapons by Monster Hunter Rise but, as you will discover in this guide, it is also one of the most uncomfortable. This cannon really is very bulky and consequently it will not be easy at all to be able to dodge the attacks of the monsters while you are holding him. Fortunately, however, you can always count on its extraordinary strength and on some exclusive mods.

Mods are nothing more than additional grafts applicable to your crossbow from the blacksmith and which will improve several aspects. Compared to the light crossbow, the heavy one is able to use a greater number of mods, including also a comfortable shield applicable to the barrel of your firearm. 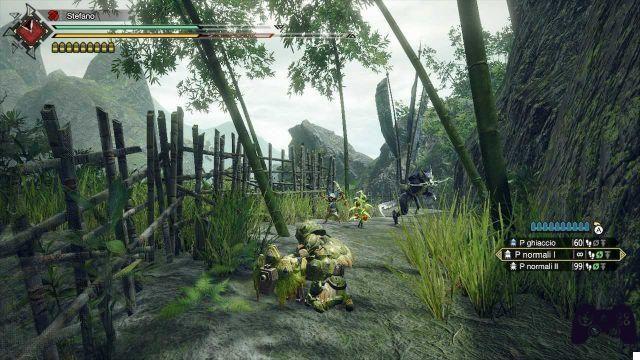 The basic commands of the heavy crossbow in Monster Hunter Rise are very simple and, if you have already read the guide dedicated to its light counterpart, you will soon discover that these two weapons are very similar to each other. By holding down “ZL"You can I'll look, with "ZR"You can shoot, while with "X"Instead you can reload. By holding down “L + X"Or"L+B"You can instead scroll through the various ammunition you have and quickly change the type of bullets. Also in this case you can also perform a weak melee attack with your weapon by pressing "X + A".

So far the two crossbows are perfectly identical, but the heavy version presents a peculiarity. Almost all the bullets of the weapon in fact can be loaded to increase the damage (a bit like with the arrows of the bow). Using this mechanic you can really greatly increase the damage of your attacks but at the same time you will also reduce your rate of fire. During the hunt it will be up to you to decide when to fire normal or loaded bullets depending on the monster you are facing and the type of ammunition you are using.

Like the light crossbow, even the heavy one is able to exploit special ammunition, but in this case their effect will be very different. By pressing "A"In fact, you can turn your weapon into one devastating machine gun capable of firing a large number of repeating bullets. If you land all the hits of this attack, you will be able to inflict massive damage on even the most resistant monsters. In addition also in this case the special bullets they will regenerate automatically over time.


Also know that the special shots of the heavy crossbow they change depending on which one you are using. In the demo it was only possible to try the aforementioned type of ammunition, but we know for sure that in the full game there will be at least one other type of special projectiles. 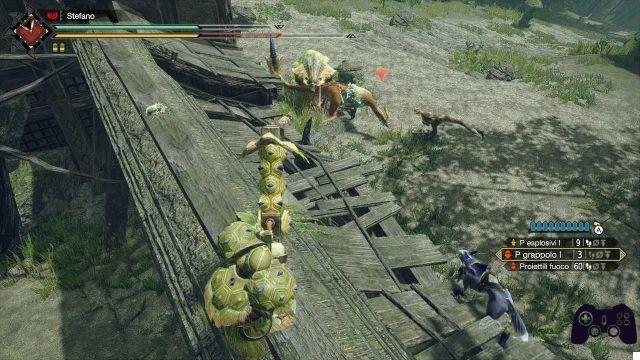 Now has come the point of the guide where we will talk about munitions for the heavy crossbow, an element common to other Monster Hunter Rise ranged weapons. As we have already told you in the article dedicated to the light crossbow, the ammunition must be prepared before starting a hunt and they are what allows your weapon to fire.

Within the game there are many different types but not all crossbows are capable of using all types of bullets, so before starting a mission we suggest you carefully read the description of the weapon you are using. Also, compared to its light counterpart, the heavy crossbow is generally able to exploit less variety of ammunition while hunting.

Like the light crossbow, the heavy one is capable of synergize with some types of bullets but in this case the effect will be much less useful. At best you will have the ability to reload some ammo on the go without having to stop. 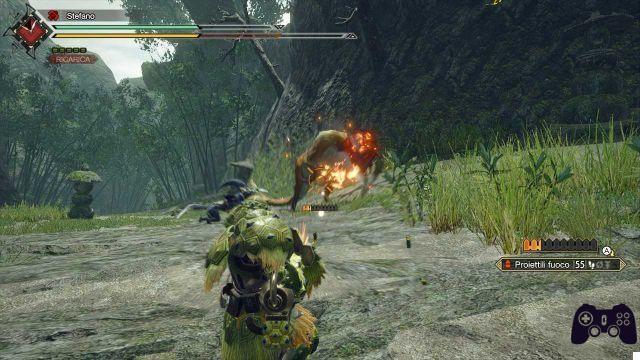 
The wire bug attacks of the heavy crossbow are: free silk fly e anchor guard. Silk fil flight is a technique that allows you to use your insect companion for snap forward quickly. This move is perfect for getting away from a monster quickly or avoiding its attacks.

Anchor guard instead is a counterattack which will allow you to absorb the blow of a monster and then respond firing a powerful bullet with "ZR". If you have no way of dodging a monster attack, this is the best way to avoid taking damage.

In this paragraph of the guide we told you about the wire insect attacks for the heavy crossbow featured in the latest Monster Hunter Rise demo, but before concluding we would like to remind you that in the full game these techniques may vary based on weapons or other factors. In the various videos shown by Capcom there are several attacks unusable in the demo, so it is likely that you can change them in some way. 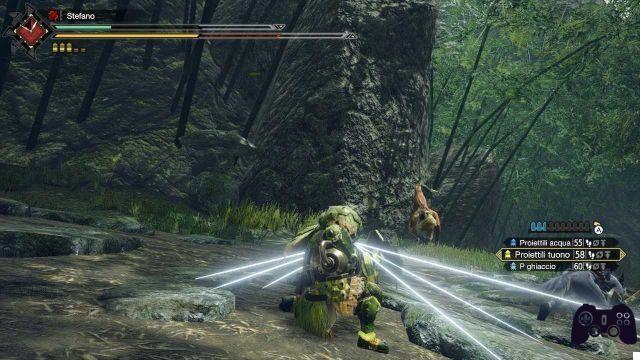 This concludes the final episode of our Monster Hunter Rise weapons guide dedicated to the heavy crossbow. Now there is nothing left to do but use this weapon for blow up even the most powerful monsters.

In case you want to know more about the game, we invite you to read ours preview. Also, if this guide dedicated to the heavy crossbow has been useful to you, we suggest you check out the other articles on Monster Hunter Rise weapons here on the site as well:

Assassin's Creed Valhalla: how to activate and use fast travel