LoL Wild Rift: guide to the best champions to get started

The long-awaited mobile version of the popular MOBA League of Legends is here in Europe for almost a month now. The open beta phase seems to have come to an end and the start of the first season is imminent. If the players from the PC version they got off to a strong start, only having to adapt to a faster pace, the same cannot be said for everyone else. So let's see which are the best champions for newbies who want to learn how to play LoL Wild Rift.

Coming from Demacia region, Garen is one of the simple champions par excellence both in the PC version and in the mobile one. It is a fighter / tank, therefore a character able to resist for a long time in clashes without neglecting one good amount of damage. All the skills are extremely simple to use and its kit allows you to go unpunished even in case of mistakes that an inexperienced player usually makes. Typically it is used in the baron's ward, so in the first phase of the game there will be no allies in the lane.

Perseverance is the name of his passive, with which it regenerates health out of combat, very useful for staying in lane even when things go wrong. The first active skill, Decisive Strike, allows Garen to escape from complicated situations thanks to the release from slowdowns, and deals a fair amount of damage to a single enemy. With Judgment, which is the third skill, you have the ability to inflict sustained and area damage.

The second skill, Courage, helps make Garen particularly difficult to kill, providing him with damage reduction and making him less susceptible to slowing effects. Finally, his supreme ability, Justice of Demacia, it is perfect for finishing off a damaged enemy and also deals area damage to other enemies. In conclusion, Garen is the perfect choice for newbies who love knights and champions of justice, familiarizing yourself with the simple skills will help a lot to those who are just starting out.

This sample, originally from the Ionia region, has a very basic skill kit, just like Garen. Unlike the latter, however, it requires a certain amount of practice before it can be used well. This is because a champion with simple moves is not always exploited properly. The role of Master Yi is that of the jungler, this will allow you to roam the jungle undisturbed in the first few minutes of the game, thus getting used to the effects of your skills.

But be careful, because with great powers comes great responsibilities! If at first you are partially free, your impact on the game will be enormous in the later stages, and you will have to be good at exploiting your potential. Your power is essentially based on speed and power of basic attacks, that's why the passive, Double shot, allows you to make a double attack every four basics. There first active is Colpo Alfa, which allows you to hit multiple targets and, crucially, makes you impossible to hit for the duration of the ability.

Stile Wuju it links perfectly with the passive, increasing the bonus damage dealt by attacks. Meditation on the other hand is very different from the others and allows you to heal yourself and reduce the damage taken, perfect for the middle phases of the fight. Superior Agility is the Ultimate and is a concentrate of pure power, Master Yi becomes faster in movements and attacks, as well as in reloading other skills, also gaining resistance to slowdowns: every man for himself!

Another lane, another perfect character for beginners. Ashe is a shooter from Frejlord and finds its ideal location in the dragon lane, alongside a support that helps her in her work. Shooters base their damage on high speed of ranged attacks, but Ashe is distinguished by her ability to slow enemies with icy shots. Ice Shot, his passive, it does just that, slowing enemies with each attack, also dealing bonus damage.

Concentration of the explorer is the first active skill, it allows you to accumulate charges and then unload them by increasing the speed and damage of your attacks. Flurry of Arrows, the second active, is a very difficult to dodge area skill, even if it does not inflict high damage it slows down enemies guaranteeing a great advantage. Ashe's most fun skill to use is undoubtedly the Enchanted Crystal Arrow, which allows you to stun enemies even at a great distance and can be directed even after launch. 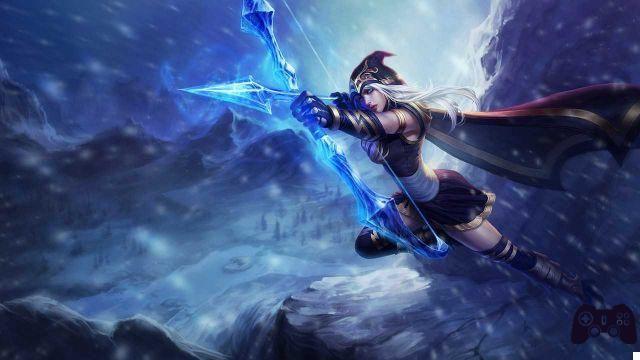 To conclude, we propose you a middle lane wizard. This is a character from Noxus, a little girl who always wanders with hers teddy bear (so to speak) Tibbers. In contrast to the shooter just presented, her main weapon is fire. His passive, with a very indicative name: Pyromania, allows her to stun opponents for every four skills cast. This mechanic is the only relatively unintuitive part of Annie, but it can be mastered quickly.

Once you understand how and when to stun the enemies, the rest of the work is done by the huge area damage that his skills are capable of carrying, just think of Disintegration and Incineration. Annie also possesses the ability to defend herself or allies using a shield that deals damage to attackers. Tibbers is summoned with the ultimate and fights for a long time, raging in the event of her mistress's death, inflicting even more damage. 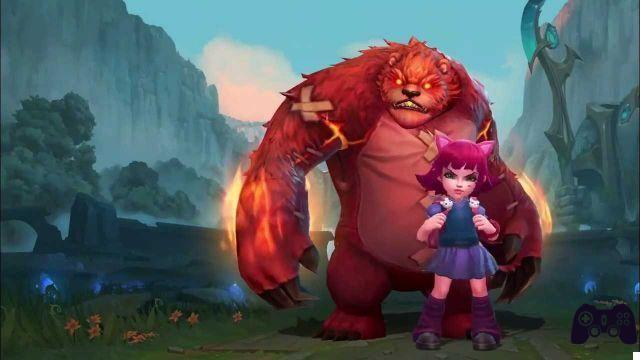 May the best man win!

In this short guide for LoL Wild Rift newbies we wanted to focus on the best champions to get started not to mention objects or runes. This part of the game was deliberately overlooked because the builds set by the game, while not perfect, are definitely acceptable for those who are novice. We believe it is preferable to focus on the first champion and game mechanics, and then move on to customization once you become more experienced.

Stay tuned to Holygamerz to be always updated on the fantastic world of video games!

Lost in Random: here's what to know about the new title from EA and Zoink ❯

add a comment of LoL Wild Rift: guide to the best champions to get started