League of Legends: updates to patch 8.21 on the PBE

New updates of patch 8.21 are popping up on the PBE servers of League of Legends, introducing tasty new features to the game

On the occasion of the Halloween event, in fact, a new login theme appeared, a new summoner icon and new frames for the characters, in addition to the contents revealed previously. Additionally, previously revealed K / DA skins will be unlocked.

With patch 8.21, recently released on the game's PBE servers, some content was made available for testing, including 3 new Halloween themed skins: Trick or Treat Ekko, Bewitching Janna e Count Kledula.

In addition to these skins, some changes were made to the balance of some characters:

With these changes, Riot will surely try to stem the strength of Kai'Sa and Alistar in a small part in the early game, while trying to reinstate Ivern in the current meta. Little changes for Karma, which remains almost unchanged.

League of Legends: The Update

With the League of Legends patch 8.21 update, some goodies have been added, including a new main theme on the login screen.

The additions consist of a new summoner icon, called “Porianna” (yes, you read that right), new frames for the characters (in particular “Kai'Sa Prestige Edition”) and for the three new Halloween skins.

And a little gem, namely a spawn animation, which shows the minions in turmoil for the appearance of their champion in the game: 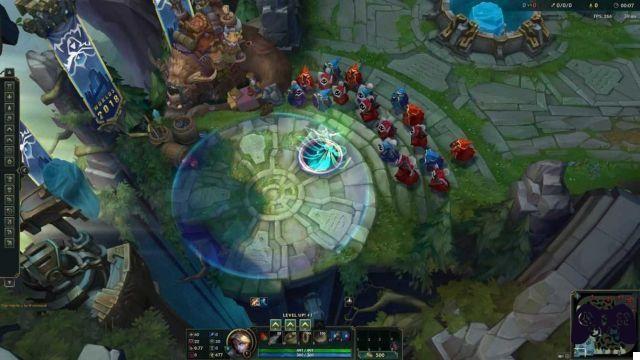 Finally, in addition to the changes introduced in the original patch, new balances have been made to other characters, specifically:

Certainly, with these balances they will return to meta champions like Aurelion Sol and Karthus. The latter, in particular, could return to being an excellent alternative in midlane, having received a great buff in the skill cooldowns. Ezreal, with this buff to the W is boosted in the lane phase, particularly in 1 v 1 clashes, while Irelia is slightly weakened in the speed of movement, probably to compensate for her very strong gap closer. Zac, with this good buff to his Q, returns to being an alternative pick in the top lane, despite the fact that there is better.

The official release date of patch 8.21 on the official league of Legends servers is not yet known, but presumably it will coincide with the start of the Halloween themed event. We just have to wait!

Do you want to be a video game expert and know all the tricks, guides and reviews for your video games ? Holygamerz.com is a group of video game fanatics who want to inform you about the best tricks, guides and tips. We offer you the best information to be a reference in gaming, so here you can find guides, tricks, secrets and tips so you can enjoy your games to the fullest. Are you ready to get all the achievements of that game that you resist so much? Enter now and enjoy your favorite video game to the fullest!
League of Legends: Ezreal update is available in patch 8.20 ❯

The Witcher 3: our tips for getting started

Add a comment from League of Legends: updates to patch 8.21 on the PBE