How to unlock all cars in Rocket League

Rocket League, the football racing game, returns with the free to play formula and we explain how to unlock all the cars on this game

Don't worry, this guide on how to unlock all machines on Rocket League it won't be too verbose. We are faced with something very simple (with rare exceptions); needless to spend many lines about it.

In the hugely popular Psyonix game you will have at your disposal 11 common cars in total and here we explain how to unlock each one, so you can collect them all and get the silver trophy: Battle-Cars Collector.

Rocket League is one strange experiment. The game was born from the union of racing and football simulation. The player controls a car, the Battle-Car. The games are played in a rectangular field with two goals on the smaller sides. There are two teams of 1 to 4 players.

The goal, of course, is to send as many balls to the net. The team that scores the most goals in 5 minutes takes the match home. Simple rules, guaranteed success. At the end of July 2015, the game exceeds quota 5 millions of downloads becoming a videogame hit in a short time.

A free to play version of the title in question has been available since yesterday. On its official website, Psyonix Studios has announced that to play the new multiplayer versione free to play di Rocket League a Sony or Nintendo subscription is not required to access the online servers.

The new version of the title brings with it a river of news: give her new challenges to the mechanism that will give life to new Tournaments, passing through a system that provides the Unified progression. The game is available on PC, MacOS, Switch, Xbox One and PS4. Now let's not delay any further let's see how to unlock all the cars on Rocket League. 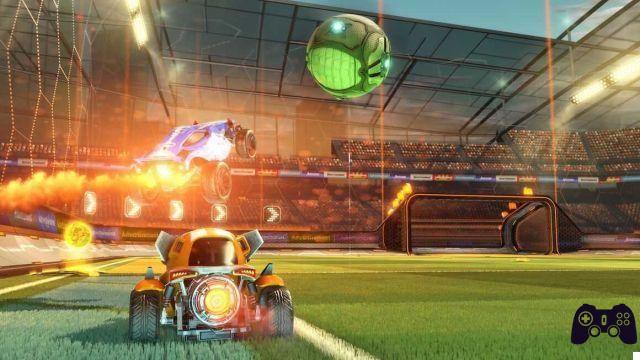 Starter Pack - How to unlock all cars in Rocket League

You won't have to read much to know how to unlock all of the following cars in Rocket League. All the ones you see below are available already at the beginning of the game as if they were a kind of starter pack for beginners:

Don't underestimate these cars. We are not talking about old wrecks. Just think, for example, that the Octane is to date the most popular car in the game, both among the most professional and novice. The Battle-Car in question is perfectly balanced in terms of size, steering and grip. The unique characteristics of this car will allow you to drive the ball like no other car in the game. 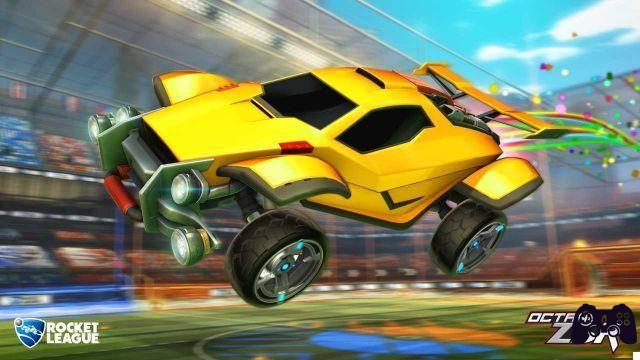 Random - How to unlock all cars in Rocket League

Most of all the cars you can unlock in Rocket League are obtained the same way, you wonder how? It is soon said. All you have to do is simply play in any game mode. So completely random you will unlock (by getting them as reward from time to time) the following vehicles:

Unfortunately, here there are no particular strategies for unlocking a particular car since you can get them all in a way exclusively causal. Don't worry though, it is quite a process quick and painless, no grinding. It won't take long before you have 10 car in your Garage. And you just need one to get all the ones available in the game. 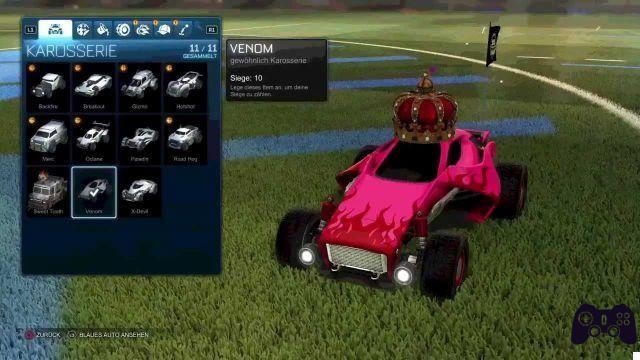 Sweet Tooth - How to unlock all cars in Rocket League

Here is the last part of our guide on how to unlock all cars in Rocket League. The Sweet Tooth is the only vehicle in the game that requires a bit more effort to unlock. Nothing too complex anyway: you must win at least one game in any mode with each of the previous 10 vehicles.

And this is the most complicated of all, so you can find that it is relatively easy to get all the vehicles in the game.

In case you don't remember which cars you won the matches with, you can easily check it in Garage. And finally, when you get the coveted Sweet tooth, you will receive the silver trophy, Battle-Cars Collector. 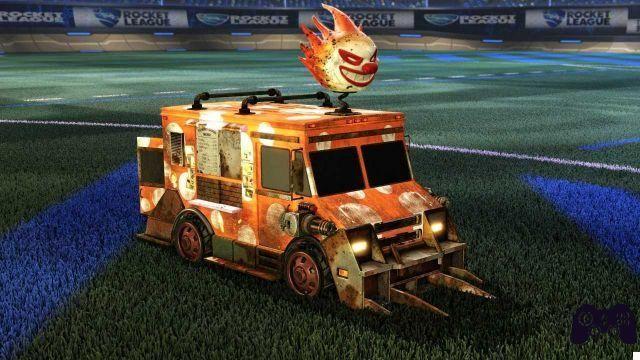 The ball passes to you

Here we come to the end of our short guide on how to unlock all the cars in Rocket League. As you have seen, without mincing words, all you have to do is play and play again.

As you unlock the various random cars (the ones you see in the third paragraph of this guide) set the new car unlocked and keep using it until you at least win a match. By repeating this process 10 times higher you will get the coveted Sweet tooth.

If you are not very skilled but want to complete the collection at all costs, you can also play the games in Exhibition mode by setting the number of opponents to 0. In this way you will automatically win all the games you play.

Thank you for taking the time to read this guide. Stay tuned with us at Holygamerz for all the other news and curiosities from the world of gaming and beyond.

How to use CoD: Black Ops Cold War operators in Warzone ❯