Among the novelties of the Lonely Island of Armor DLC in Pokémon Sword and Shield there is also a replenishment of non-playable characters - with a strong imagination in the use of sprites. Regardless of their appearance, each of them will have its usefulness in this new adventure, from the restoration of the EVs to the already well-known Watt shop.

So equip yourself with this guide and plenty of Watts and Armor. Let's go see who these new characters are. 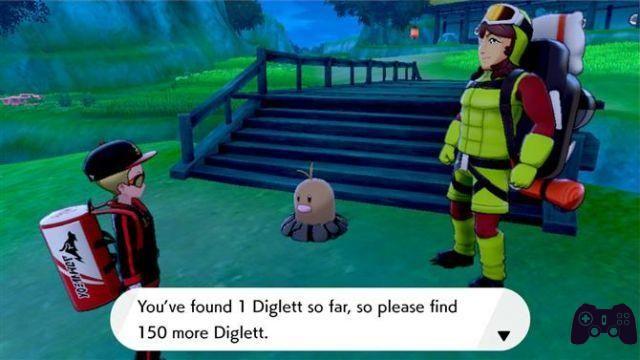 You cannot have missed this meeting. Upon your arrival on the Isle of Armor, in fact, you will meet a character dressed as a mountaineer near the dojo. In case you skipped the dialogue without reading, the coach will have asked you to recover the Diglett which he lost (151) in exchange for various rewards. They are scattered all over the island, and every time you catch one you will be notified how many are missing.

In front of the Dojo Master

There will be three permanent characters waiting for you in front of the Dojo Master of the Isle of Armor. In the space between the cultivated fields and the Dojo, first of all, a blonde girl who we will identify as "berry seller“, And will sell you all kinds of them for 80 Pokédollars each. Right next to her you will find another mountaineer who will provide you with ingredients to prepare the curry while camping. In front of the two you will find a boy from the Dojo: here is the Watt Shop of the island.

Go down from the Dojo elevation and turn right to find yet another non-playable character. It is a woman with a blue helmet and workman's clothing. Talk to her and she will change the color of yours bike in black or white of your choice, also adding a trail in the queue. 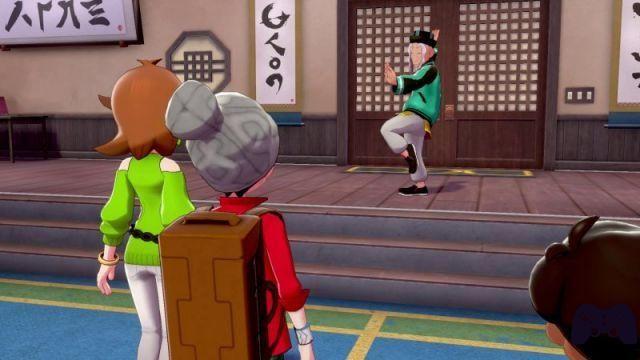 Inside the Dojo you can interact with four main characters.

On the side opposite the entrance, a He taught moves (one of the pupils of the master Mustard). Bring him some Rock Armor and he will teach several moves introduced in the DLC to your Pokémon. Shortly after the adventure begins, in the room on the right you will have the unmissable opportunity to speak with the son of the master Mustard. In exchange for 500 Watts, he will activate the Cramobot for you, a very useful object maker.

Further on, two other characters are added to the list. The master's wife will be waiting for you to the right of the entrance (before the room where the master will be comfortably playing Super Smash Bros). He will ask you to invest a few Watts - many Watts - to improve the Dojo, activating a Rotomina and distributors of useful items that also contain Proteins.

In the kitchen on the left, however, he will stand impaled next to a cauldron another of the students of the master. Bring them some Funghimax, and some of your Pokémon will drink a soup that will enable them to Gigamaxize. 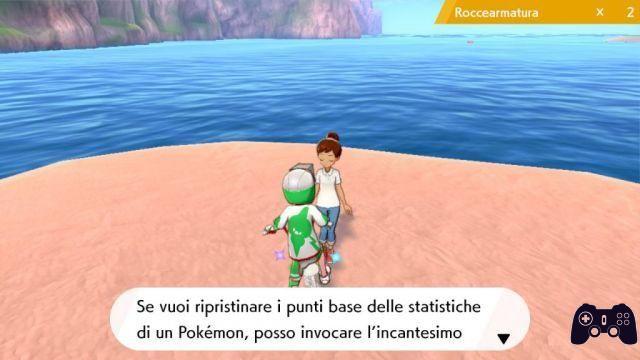 Fixed characters on the Island

Some non-playable characters will remain stationary at certain points on the Isle of Armor. One of them is Miss Restore, which is located on an islet just offshore from the island station. With an amazing spell the jovial lady will restore your Pokémon's EVs for free.


Then fly to the Heating Tunnel in the Training Plain. Just in front of the entrance, Mister Scavary will be waiting for you, who in exchange for 7 Armor at a time can extract Watt from the ground for you.

The last permanent character of the DLC is found on an island with an arch-shaped rock conformation, and wears a yellow shirt. In exchange for 8 Rami Galarnoce will give you a Galarnoce Band, thanks to which you can evolve Galar's Slowpoke into Slowbro of Galar. 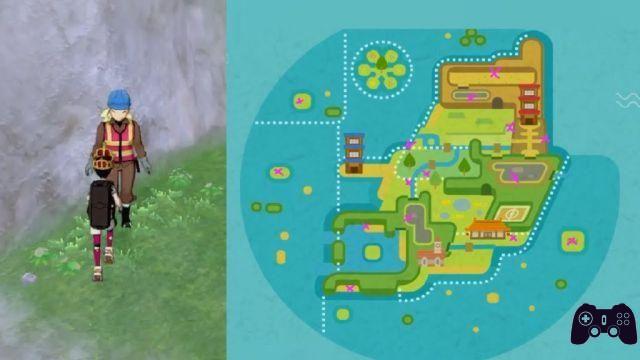 We close this guide by reminding you that in the DLC Lonely Island of Armor of Pokémon Sword and Shield there are other non-playable characters from the non-fixed position. Wander around the island and you'll find two types: some, priced at 100 Watts, will show you a Pokémon from the island that you haven't caught yet. Others will ask you to exchange regional forms of some monsters (for example, Exeggutor for Exeggutor of Alola).

Finally, a special mention goes to another useful NPC, who will constantly move to various positions. It is about Madame Scavary, who will ask you for a Rockwork to start digging many more. You can stop it at any time, but be careful: if you don't and its shovel breaks you will lose all the ones you would have obtained up to that moment. You can find Madame Scavary cyclically in these locations:

Do you want to be a video game expert and know all the tricks, guides and reviews for your video games ? Holygamerz.com is a group of video game fanatics who want to inform you about the best tricks, guides and tips. We offer you the best information to be a reference in gaming, so here you can find guides, tricks, secrets and tips so you can enjoy your games to the fullest. Are you ready to get all the achievements of that game that you resist so much? Enter now and enjoy your favorite video game to the fullest!
Animal Crossing Review: New Leaf ❯

Fortnite Season 8 Week 8: the challenges revealed in a leak

Sekiro: Shadows Die Twice, how to get all the Prosthetic Tools