Ghost of Tsushima closes the generation of PS4 exclusives, ready to get the last platinum with our trophy guide?

Ghost of Tsushima has finally arrived on the shelves. The Jin Sakai epic concludes this long journey in the eighth generation of consoles and accompanies us in recent months, waiting for PS5 and Xbox Series X. The latest effort by Sucker Punch joins the catalog of PS4 exclusives, including The Last of Us part 2 and God of War. In our Ghost of Tsushima trophy guide we will tell you everything you need to know to 100% complete the game. Particularly the platinum of this title is not difficult to obtain, the difficulty settles on that established by the past Sony exclusives. 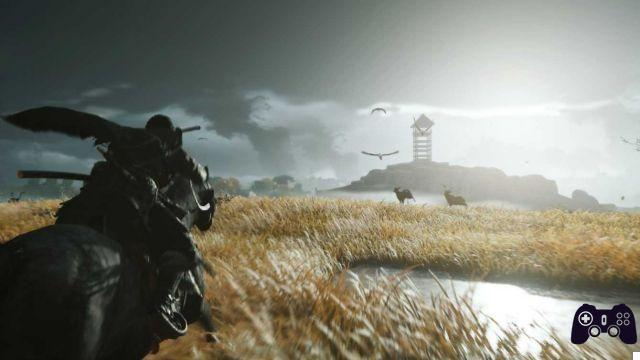 In this paragraph of the guide you will find the trophies of Ghost of Tsushima that you will unlock automatically continuing in the plot. To avoid spoilers as much as possible, we will only report the name of the trophy without any further description. You just need to know that by completing the game's storyline you will have unlocked them all. Our advice therefore is to play the first time without thinking too much about the trophies, and then recover the missing ones only in the end game phase. Here are the mandatory trophies:

Furthermore other trophies are hard to miss, as in your hunt for platinum you will unlock them without even realizing it. We are talking about: 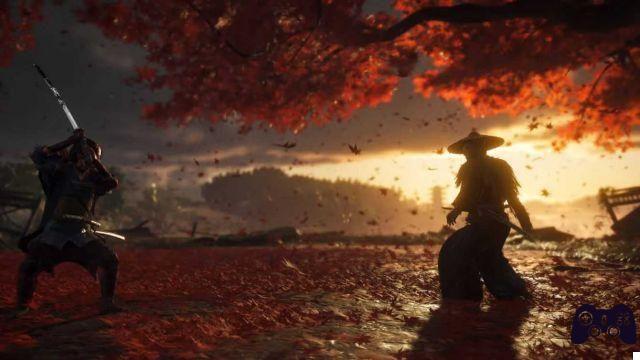 These three trophies are all quite simple to obtain even in the early introductory stages of Ghost of Tsushima, so in this paragraph of the guide we limit ourselves to giving you just a few suggestions. For "Lightning Blade" you must be able to perform the Perfect Parry with counterattack on 20 enemies. "Witness protection" instead requires you to hit a fleeing enemy with an arrow. Attention since the enemy will not necessarily have to die, you just need to hit the terrified opponent in any way. Finally, to unlock "Business Gone" you will have to stagger 50 enemies. Our advice is to always use advantageous posture on each enemy, it will not be difficult to reset the stamina of the opponents and make them stagger.

We continue our Ghost of Tsushima trophy guide with another trio. To get "No Escape" you will need to upgrade the Sakai clan armor e unlock the Confrontation and Improved Confrontation skills. At this point you can defeat up to 5 enemies in a confrontation, an objective necessary for the achievement of the trophy. “Spectral Accuracy” is very simple, just enter the Ghost Form. The shape unlocks by stealthily killing a leader or seven common enemies without taking any hits. At this point, eliminate a total of 20 enemies and that's it. For "The Perfect Storm" you will have to upgrade the sword to the maximum, to do so carefully explore the enemy camps to get as many resources as possible. We advise you to equip the "Spell of Inari" amulet to increase the resources obtained.

Only one left + Full of gifts + Pain of a fallen forge - Ghost of Tsushima: trophy and platinum guide

To unlock "Only One Left" you must complete all 25 duels in the game. These boss fights are possible fight by continuing the storyline, completing tales or clearing outposts. "Full of gifts" instead is obtained by collecting 10 gifts. The gifts are found at the Altars of the Gift, which will be unlocked as you progress through the story. Finally "Pain of a fallen forge" requires you to be at least in the second act. Unlock the song Lament of the storm (it will require 5 crickets, which you can find at the cemeteries) and go to Taka's tomb. The location of the tomb will be visible on the map, so you won't have difficulty finding it. 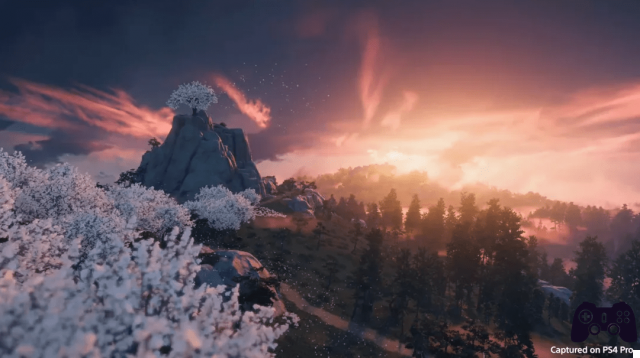 As you may have also guessed from our guide, to get all the Ghost of Tsushima trophies you need to fully explore the island. To achieve "Kami Favor" you will have to rekindle all 16 Shinto shrines, even in this case, however, you will find them marked on the map and you should not have any difficulty in succeeding. However, if you want more help, we leave you our guide dedicated to the sanctuaries and how to find them all. The situation for "Honor the Invisibles" is more complex, as it requires you to find the 10 hidden altars. Unfortunately this time the position of the altars is unknown, so look closely and explore every little detail of the island or consult our guide. Getting "Masters of Black and White" will be easy once you find the two merchants, buy a single color per merchant and you're done. The black dye merchant is located in Toyotama, near the village of Kawamata. While the black dye merchant is found in the Izuhara region, near the passage of the tramp.

To get "Lost and Found" it will be necessary to find one of the 23 Pillars of Honor. But finding the pillars of honor will also be important for “Lethal Charm”. In fact, the decorations necessary for the trophy are unlocked finding the Pillars of Honor and collecting haiku. There are 59 decorations in the entire game, but you just need to find them 30 for the trophy. Finally, "Light in the dark" requires you to turn on all 8 lights on the game map. Here too you will not find many difficulties, since the headlights are marked on the map.

Another section of our guide dedicated to trophies related to exploration and collectable, present in large quantities within Ghost of Tsushima. This time around, it's about collecting 20 testimonies for the “Greedy Reader” trophy and 20 Mongolian artifacts for “Know your enemy”. However, the challenge is not that difficult for both of them, as there are a total of 40 testimonies and 20 artifacts in the game. We advise you to pay particular attention to exploring enemy camps, as you can easily come across one of these collectibles and get the two trophies in no time. 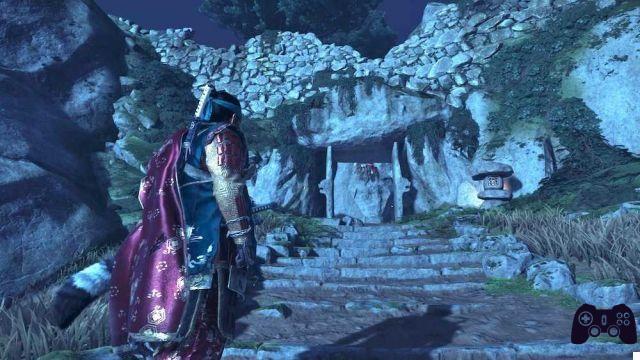 Particular trophy that winks at Sly Cooper, old glory of the PS2 era created by Sucker Punch. To get this trophy you will need to get 5 pieces of equipment. The first is the sword kit Sly Tanuki, which is obtained at the pillar of honor in region 3. Next you have to take the crooked mom sash, which is located on top of the tempio di Jogaku. The thief's mask, on the other hand, is found at the altar of the gift. Gotaku's armor is obtained in the mythical tale "The Invincible Gotaku". Finally, the guardian of the ocean can be bought from the merchant in Umugi bay. Put on all the pieces of equipment you will complete the trophy dedicated to the mythical raccoon thief.

None of the Ghost of Tsushima trophies are missing, but our advice in this guide is to unlock this trophy as soon as possible. This is because it is possible that in the endgame you find yourself with few enemies and it could become boring to be able to unlock "Good fall". You will need a skill that will make you attack enemies with a push. At this point, find one that is on a ledge and throw it down. The overhang needs to be high enough for gravity to do its job. Indeed the fall must be fatal to the enemy, otherwise you won't be able to get the trophy.

Body, mind and spirit + The man of amulets - Ghost of Tsushima: guide to trophies and platinum

It is one of the most important trophies in this Ghost of Tsushima guide. In fact, to get "Body, Mind and Spirit" you will need to collect 18 hot springs, 19 haiku, 49 Inari shrines and 16 Bamboo-Breakers. In short, completing this trophy will allow you to advance a lot within the game and complete some other trophies we have already talked about. One of these is “Lethal Charm” thanks to the collection of haiku. Instead by completing the tales and shrines of Inari you will be able to complete "The Man of Amulets". In fact, they will be obtained all six spaces available for this accessory and, once you have filled them all, you will also get this trophy. 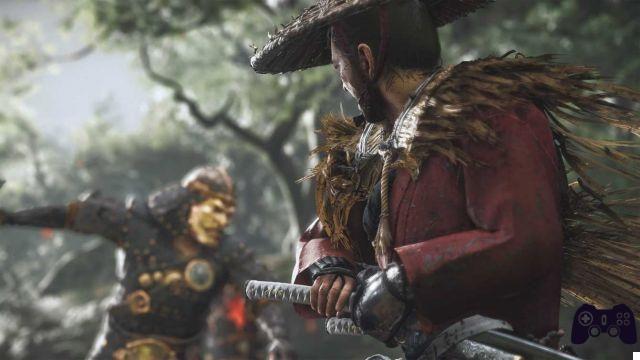 We've come to the hot part of the Ghost of Tsushima trophy guide. "Great Liberator" calls for the liberation of all occupied areas of Tsushima Island. To do this, all you have to do is free all three regions in the game. Attack the enemy outposts and eliminate the opponents, free the prisoners and so on. While you are looking for great liberator you will also unlock the minor trophies accordingly dedicated to the individual zones which are listed below:

Friend of the people - Ghost of Tsushima: trophy and platinum guide

Another fundamental trophy that contains several trophies inside. In fact to get "Friend of the people" you will have to complete all 61 tales of the game. These are essentially the secondary missions present in the game. You can carry out the missions whenever you want, in fact none of them can be lost by completing the game. So take your time to complete them even during the end game. The missions to be completed are marked on the map as question marks, it will not be a problem then to find all the locations on the island. In the meantime, you will also get the trophies related to the tales of specific characters, which are listed below:

We've come to the end of the Ghost of Tsushima trophy guide. So follow these tips to get the much sought after platinum "Living legend". You will have it this way 100% completed Ghost of Tsushima. We just have to wish you good trophy hunting and a good trip to Tsushima Island. Continue to follow us on the pages of Holygamerz for all the news from the world of video games and more!

Ghost of Tsushima: guide to the best techniques ❯

add a comment of Ghost of Tsushima: trophy and platinum guide