Destiny 2: here is a guide to the contents of the Season of the Technosymbionte

Season of the Technosymbionte is the latest update released by Bungie for Destiny 2, and introduces some interesting content

While we are still looking forward to The Queen of Whispers, Bungie has seen fit to add new contents a Destiny 2 con la Tecnosimbionte season. This latest update introduces two new types of activities, brings to light (excuse the pun) the Vault of Glass raid and introduces a system of transmogrification.

Looking forward to the next expansion

The Tecnosimbionte Season is a good content starter for Destiny 2 waiting for the new expansion. The Queen of Whispers is still a long way off, but in the meantime, players will be able to meet Mithrax, a Kell of the House of Light who will ally with It works Rey and with the player to defend the Last City from the invasion of the usual Vex.

The Tecnosimbionte Season introduces a new setting within the HELM. This is an area of ​​the city that will now be occupied by Kell and that allows you to talk to new characters and further delve into the history of the universe created by the developers of Bungie. Beyond that, of course, we will be able to dedicate ourselves to two new activities which we will talk about in the next paragraph.

Even more loot - Destiny 2: the contents of the Season of the Technosymbionte

The main content added to Destiny 2 since Season of the Technique is the Violations and Cancellations. The first are missions designed for six players in which it will be necessary infiltrate the Vex network to sabotage it, defeating enemies and collecting data with which overload the system. These are activities that require a fairly high minimum character level, usually set at 1300. The cancellations, on the other hand, allow us to return to the Vex network to weaken the opposing faction and progress in the main story.


We enjoyed both of these contents, even if these two additions fail to solve an endemic problem of the title, which is to still turn out too poor in activity on the one hand and too repetitive on the other. Narratively, the new season is also interesting and expands the lore created by Bungie, but it seems to us that Destiny 2 continues to struggle to stand on its own legs, like a giant falling under its own weight.

Fashion loot - Destiny 2: the contents of the Technosymbionte Season

Another very important new addition from the Technosymbionte Season is the possibility of change the appearance of your armor and their weapons thanks to the Synthesis of Armor. Now we will finally be able to transform each piece of armor into an ornament that can be applied to other items without altering their characteristics. The idea is interesting, but it takes far too long to the player to get the Sintostoffa, the object necessary to be able to use this service.

In addition to new exotic weapons and armor, we can finally replay the Vault of Glass, one of the most successful raids ever released for the game. The raid is also accessible to New Lights, players who have not purchased Beyond the Light, and allows you to obtain the weapons and historical armor associated with the event in question. 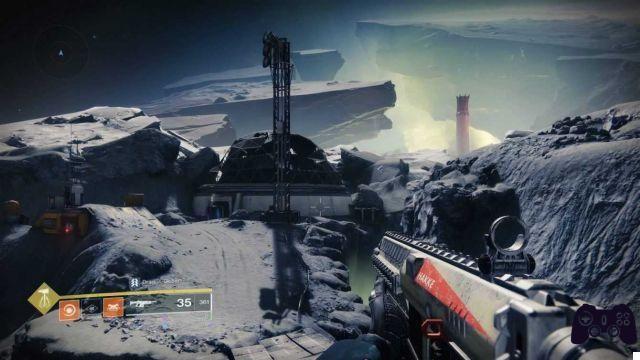 The road to the Light - Destiny 2: the contents of the Season of the Technosymbionte

The new content of the Season of the Technosymbionte enriches Destiny 2 after the controversial launch of Beyond the Light, which had reduced the number of activities in a worrying way. Our impression, however, is that Bungie can't find new ways to make its formula really interesting years later than by adding even more loot - as if it were needed - and further variants of the activities already present. The Cancellations and Violations they don't add much in the way of gameplay. We will probably have to wait for the next expansion to understand what the fate of the game will be.

If you are interested in buying one of the expansions of Destiny 2, you might want to check out Instant-Gaming, which always offers game keys at a discounted price. To stay up to date on the world of technology and video games, however, continue to follow us on the pages of Holygamerz.

add a comment of Destiny 2: here is a guide to the contents of the Season of the Technosymbionte