Demon's Souls boss guide: how to beat the Trapassatore

In this new episode of our guide to the bosses of Demon's Souls we will explain how to beat the Trapassatore, the last of the demonic knights of Boletaria

As for difficulty, the new remake di Demon’s Souls it has nothing to envy to the original work of From Software. The game world is infested with fearsome demons and treacherous traps, but the biggest obstacle for most players is the bosses. For this reason we have decided to create a complete guide to the bosses of Demon's Souls and in this new episode we will explain to you how to beat the Piercer, the last of the demonic knights of Boletaria.

Let's start our umpteenth guide on how to beat Demon's Souls bosses talking about as usual how to prepare for confrontation with the Piercer. This boss is one of the last remaining knights of the Boletaria round table in the kingdom, but unlike the Knight of the Tower, demonic corruption hasn't made him a giant. However, despite its small size, this boss is very powerful indeed and he will certainly cause you much more trouble than his older colleague.

During the fight, we do not suggest that you rely heavily on a shield. This is because, despite only using physical attacks, the boss's long sword is capable of also deal damage through guarding a shield with 100% physical defense. For this reason we suggest that you do not use heavy tower shields during this battle, as you will end up weighing yourself down unnecessarily.

The Trapper has quite high defenses but they all have very similar values, therefore you can face it with more or less any equipment. However, as you well know by now, wizards always have a big advantage in this game, sothe spells will make the fight much easier. Specifically, we advise you to use fast and powerful offensive spells, such as Soul Ray or Soul Arrow. 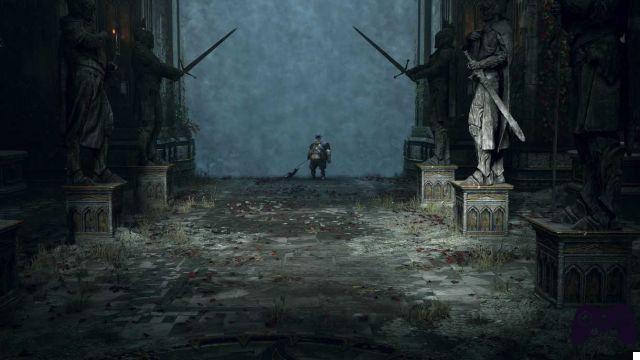 Unity is Strength - Demon's Souls boss guide: how to beat the Trapper

The area in front of this boss is teeming with officers of the King and certainly in your advance you will have killed many. These enemies may all look the same to you but one of them, specifically the one beyond the first gate, is in possession of a bunch of keys very important. These keys in fact open several doors in the game world, including those of Boletaria prisons.

To reach this prison, all you have to do is teleport to the archstone of the Knight of the Tower, turn around as if you want to go back to the walls where the red dragon is and open the door that you will find on the right after defeating the first knight who has his back to you. Once you have passed this door you will have to deal with another officer and then you can use the keys to open all the cells in the area.

You will find many interesting items here, but we got you here mainly for free Biorr of the Twin Fangs. This mighty warrior is the last Boletaria knight still in his right mind, and after you speak to him, will decide to help you in the clash with the Piercer. 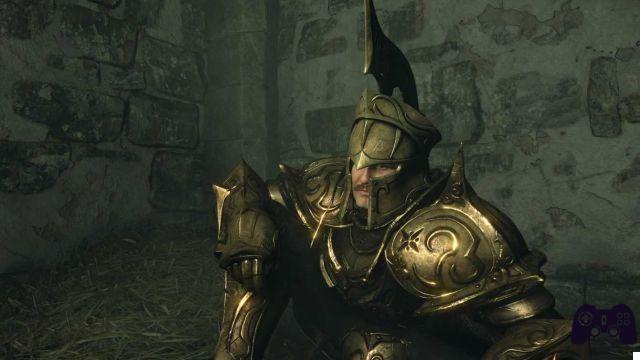 Hit and run - Demon's Souls boss guide: how to beat the Trapassatore

The piercer's attacks are not particularly fast, but in a close encounter it will not be easy to avoid them. This is because the boss will try to hit you with some long sequences of blows which leave very few openings to counterattack safely. The best way to be able to defeat him then is to wait for the boss to use his very powerful penetrating lunge before attacking. This move has a very long execution time, so in the meantime you will have enough time to go behind the boss with a somersault and then hit him in the back several times. Just remember to dodge the lunge with the right timing, as he is capable of take out even the most armored warriors with a single shot.


Fighting like this can be very dangerous, but luckily if you have saved Biorr you have nothing to fear. During the fight the boss will focus mainly on your ally, thus offering you the possibility to attack him from behind without too many risks. In addition, Biorr is very strong and resistant, so you don't have to worry about its safety. Just remember to be very careful not to hit it, as if you inflict too much damage on it it may become hostile towards you. 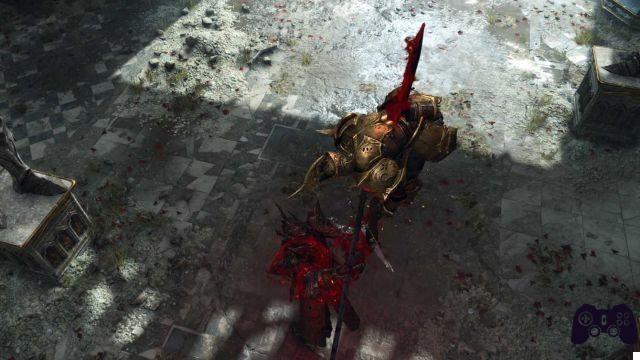 Keeping your distance - Demon's Souls boss guide: how to beat the Trapper

If you have a character who can use spells, this fight will be very simple for you. To win, all you have to do is hold on out of reach of the boss and constantly attack him with spells. The best way to do this is to get close enough to trigger the boss attack, then back away and counterattack with magic in complete safety. Just do be careful not to end up in a corner since, given the Piercer's large radius it could, in that case it could be very difficult to get away without taking damage.

If you have freed Biorr, then this boss will be a no-brainer for you. In this case the Trapper will focus all his attention on your knight friend and all you have to do is stand still and bombard it with magic. 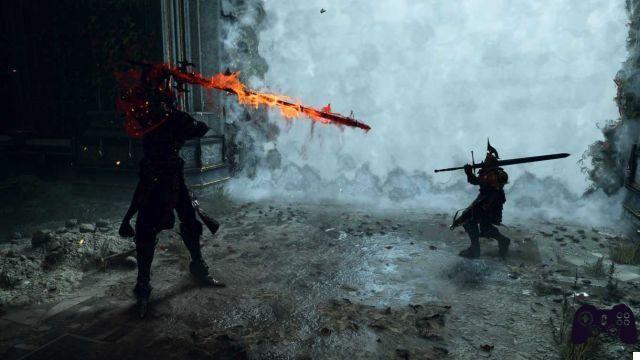 This rider is really very powerful but, thanks to the help of Biorr and our article, you will certainly have no difficulty in eliminating him. If this guide on how to beat the Trapassatore was useful to you, we recommend that you check out the other Demon's Souls boss guides on our site as well:

add a comment of Demon's Souls boss guide: how to beat the Trapassatore