As for difficulty, the new remake di Demon’s Souls it has nothing to envy to the original work of From Software. The game world is infested with fearsome demons and treacherous traps, but the biggest obstacle for most players is the bosses. For this reason we have decided to create one Complete guide to Demon's Souls bosses and in this new episode we will explain how to beat the legendary Old Hero.

Ready for the test

Let's start our umpteenth guide on how to beat Demon's Souls bosses talking about as usual how to prepare for confrontation with the Old Hero. The boss was originally one of the greatest heroes of shadow men, but now thanks to the power of the Ancient he has risen in the form of a demon.

This ancient warrior mostly inflicts physical damages, so you might think that wearing very heavy and strong armor is the best way to defend against his attacks. Actually against this boss it is important to be as light and agile as possible, since in this way you can make the most of its greatest weakness (which we will talk about later).

As for the offensive side, however, the Old Hero leaves you a lot of choice. This boss has some defenses average, so you can deal with it more or less with any type of weapon. However, as is often the case in Demon's Souls, in case you are able to use a arc or better still the magic you will have enormous advantages in this fight. Consequently, we suggest that you stock up on bullets (especially those poisonous) and equip offensive spells such as Arrow of the Soul o Soul Ray. 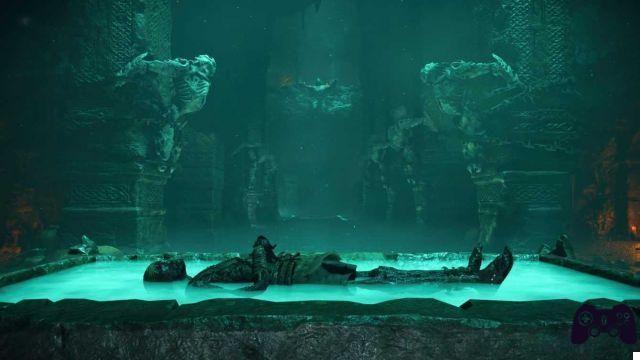 The weight of the years - Demon's Souls, guide to bosses: how to beat the Old Hero

In life the Old Hero was a formidable fighter and is still extremely powerful to this day, but unfortunately after dying he has completely lost his sight. This certainly represents a big problem for him, but for you it is a great opportunity. In fact, due to his blindness, if you are quiet enough the boss will have a lot of difficulty in identifying you, making the fight much easier.

There are many ways to reduce the noise emitted by your character but of course the most immediate is to walk slowly. You can also reduce the sounds of your PG even further by using a very light equipment. Furthermore, you can further simplify the battle by using the thief's ring or magic mantle, as they will make you almost completely unnoticeable.

These tricks will help you get through the fight easily but remember not to underestimate the Old Hero. Despite the blindness, the boss's other senses are extremely developed and as a result he will be able to perceive your position depending on the direction from which you are attacking it. For this reason we suggest you not to attack it too many times in a row and to change position often. 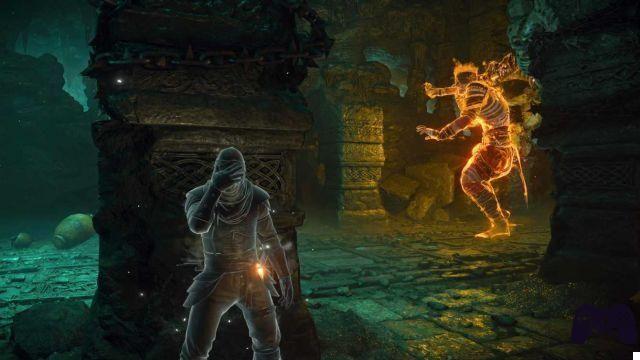 You can be as quiet as you want but if you are going to fight the boss with a close range weapon then he will certainly know how to hit you. The Old Hero uses it as a weapon a large curved sword made of quartz and is capable of very powerful attacks. If you stand directly in front of him he will attack you with a series of slashes not too fast that you can avoid without too many problems dodging to your left. If, on the other hand, you find yourself behind him or between his legs, he will try to hit you while turning with an attack you can dodge rolling to the right.


In addition to these fairly easy-to-avoid attacks, the Old Hero also possesses a powerful one area move. When you see the demon stick his sword into the ground be prepared for the worst, as it will soon spawn a powerful one esplosione circulate around you. The best way to avoid this move is to immediately start running as far away from him as possible.

However, in case you are already far enough away, it might be more convenient try to walk away calmly. This way there is a good chance that the Old Hero will lose sight of you, thus giving you time to heal yourself or use some item. Just try to be sure that the boss hasn't sensed you, otherwise he might start running towards you and then attack you with a quick and deadly vertical leap slash. 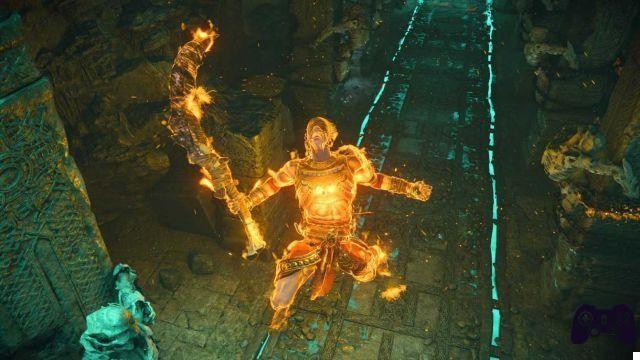 In case your character is capable of using ranged attacks, you can use the stealth to win this fight almost effortlessly. In particular, if you have a bow, the fight will be really easy for you, since you will not have to do anything else stand behind the altar near the fog and calmly fill the boss with arrows.


Just remember not to overdo the attacks, otherwise the Old Hero may get angry and charge in your direction. The best way to prevent this from happening is to hit the demon with an arrow, wait for it to scream and then hit it again only when it has calmed down. You can perform this tactic with any type of arrow, but using the poisoned ones will certainly have a better result.

Using magic instead you will be forced to get a little closer, since your radius is less than that of an arc. Fortunately you can use the pillars of the arena as shelter and hit the Old Hero following the same principle as we explained earlier.

From this close, however, your chances of being spotted will be greater, so you should always be ready to avoid a sudden charge. Just remember to dodge the charge by walking and using the columns for protection, in this way you will not make any noise and the boss will not be able to spot you. Both of these tactics can be performed without the thief's ring and cloak magic, but doing so runs a much greater risk of being perceived. 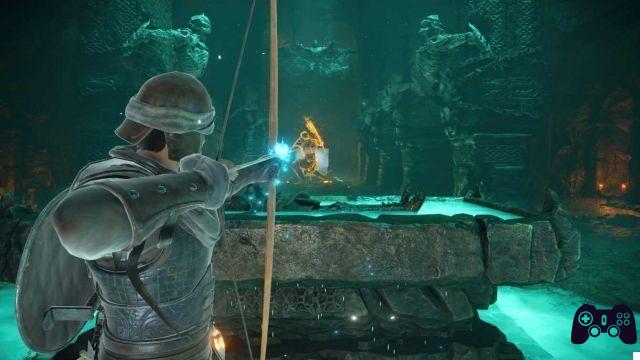 Thanks to our article you will certainly have no problem letting the tormented soul of this demon rest in peace. If this guide on how to beat the Old Hero was useful to you, we recommend that you check out the other Demon's Souls boss guides on our site as well:

Do you want to be a video game expert and know all the tricks, guides and reviews for your video games ? Holygamerz.com is a group of video game fanatics who want to inform you about the best tricks, guides and tips. We offer you the best information to be a reference in gaming, so here you can find guides, tricks, secrets and tips so you can enjoy your games to the fullest. Are you ready to get all the achievements of that game that you resist so much? Enter now and enjoy your favorite video game to the fullest!
Demon's Souls boss guide: how to beat the Old Monk ❯

Call of Duty: Warzone, guide to the best classes

Legends of Runeterra: the best decks to win

Add a comment from Demon's Souls boss guide: how to beat the Old Hero