Call of Duty: Warzone, best weapons to use to win

Call of Duty: Warzone, yet another multiplayer battle royale, made its debut on the market today, and we are here to advise you on the best weapons to use

Although the battle royale are no longer a big news, the game of Infinity Ward aims to establish itself on the market as yet another contender to Fortnite. Set up in the same way as CoD's (much loved) multiplayer mode, the game is standalone and heavy about 100GB. The game map looks really huge and the number of players in each launch is 150, so much higher than its direct competitors.

The M4A1 hurts the most

Call of Duty definitely needs no introduction. After the last chapter of the series released last November, Modern Warfare, Infinity Ward has decided to release Warzone, the battle royale dedicated to the series. Featuring a gigantic map, two game modes and more than 300 points of interest, the game aims to compete head-on against Fortnite and Apex Legends.

Other than that, in Call of Duty we are used to one large choice of weapons to annihilate terrorists and enemies of the homeland. Also in Warzone we find a good choice of weapons, but much lower than in the main game. Being a battle royale, and still being fresh, in Warzone we find only a selection of classic weapons of the franchise. Without getting lost in further talk, let's see which of these are the best to use! 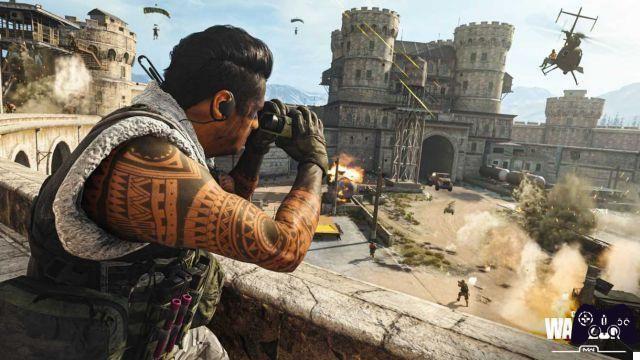 L’M4A1 undoubtedly remains the best assault rifle in Call of Duty: Warzone, despite the numerous nerfs the weapon has endured. The distance does not affect on the lethality of the weapon: long or short distance, in fact, the M4A1 is confirmed as lethal, as well as one of the best weapons in the game. To maximize the range and consequently the effectiveness of this weapon, we recommend using the Corvus barrel. The M4A1 proves to be truly versatile and ideal for taking down opponents without too much effort. 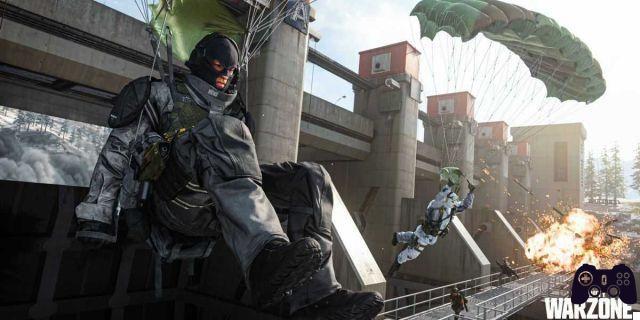 Do you hate motorhomes? Good, we too. If, on the other hand, you are one of them, and you do not consider changing roles, we recommend that you use l’AX-50. The AX-50 is currently undoubtedly the best sniper rifle in the game. The range is optimal for very long distance, and has a better ADS versus HDR. We also recently found that headshot damage is greater compared to traditional Call of Duty multiplayer. While the headshot and massive damage of this weapon will allow you to knock out an opponent in one shot, watch out for bullet drop, really significant at very long distances.

An excellent alternative to the AX-50 is the Dragunov. The Dragunov didn't particularly attract attention in CoD multiplayer, but here it reveals itself a great weapon thanks to its semi-automatic mechanics. 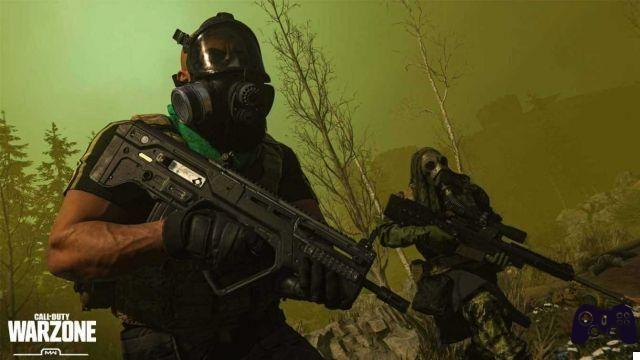 Best SMG - Call of Duty: Warzone, best weapons to use

SMGs in Call of Duty multiplayer have always been a widely used weapon, but here the situation is slightly different. The map is much larger than traditional multiplayer, so long distances can be a problem in using these weapons. In any case, the MP5 it represents an excellent compromise between medium distance and lethality. Some SMGs in the game possess a greater range of focus but the MP5 has other advantages, in particular short reload duration and weapon control. However, these weapons are not designed for long range combat, so we suggest you use assault rifles for that type of fight.

An alternative to MP5 is AUG. The AUG has a significantly greater range than its contender, therefore more suitable for long-range clashes, at the expense of the magazine capacity and speed of reloading. 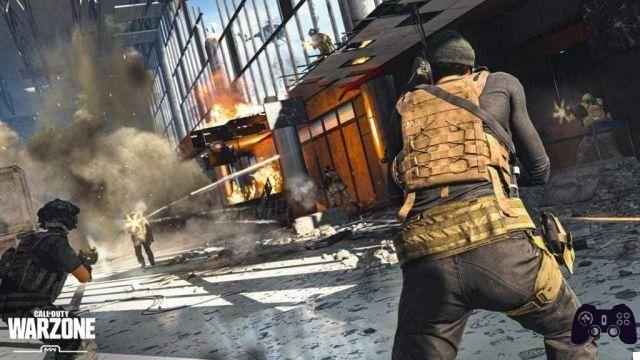 Best LMG - Call of Duty: Warzone, best weapons to use

It's not hard to speculate that LMGs will be one of the most used weapon categories in Call of Duty: Warzone. At the moment, the PKM e l’M-91 are the undisputed champions of this category. The only problem with these weapons is ADS time, a little slow compared to other weapons. In any case, the magazine capacity and the ability to fight at very long range are undoubtedly a big advantage on the battlefield. But be careful to take them at the wrong time, since these weapons they will slow down a lot your movements. 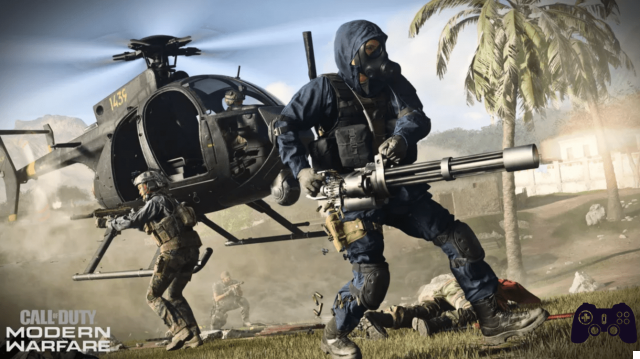 Best marskman - Call of Duty: Warzone, best weapons to use

This is undoubtedly one of the best weapon categories in Call of Duty: Warzone. Similarly to CoD multiplayer, these weapons reveal themselves really destructive in the skilled hands of those who know how to use them best. The speed of ADS is much better compared to sniper rifles, and the follow-up of shots is significantly easier to indulge. L'MK2 and the Kar98K at the moment they are the best in this category. It proves to be a great alternative l'EBR, thanks to its semi-automatic mechanics and the (relative) simplicity of headshot. 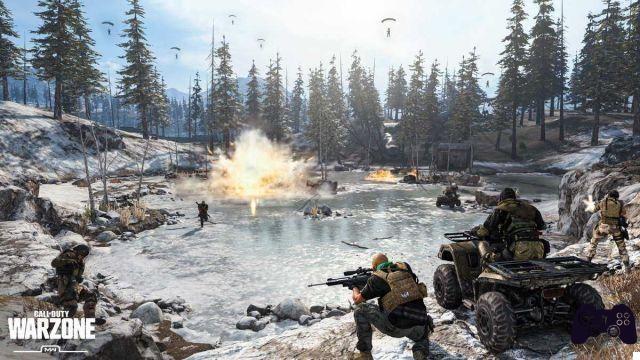 Best shotgun - Call of Duty: Warzone, best weapons to use

The best shotgun we have chosen is different from the usual in traditional CoD multiplayer. There, the best choice certainly falls on the 725. In Warzone, on the other hand, both for speed of use and for instant damage, the choice falls without a shadow of a doubt on 'R9-0. This shotgun turns out to be head and shoulders above the rest, confirming itself at close range probably the deadliest weapon in the game. 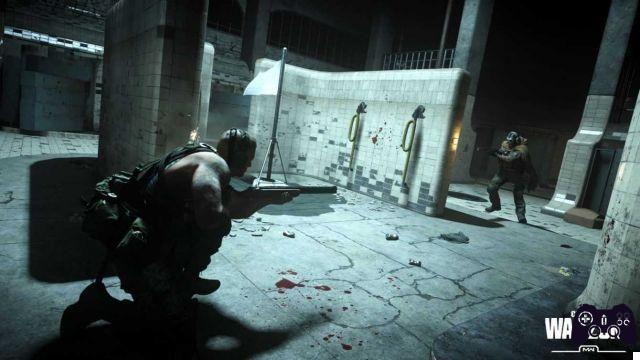 Ready to launch into battle?

Well soldiers, this was our selection of best weapons for use in Call of Duty: Warzone. Keep in mind that since we're talking about a battle royale, the game is dictated by a large random component. This means that to find the aforementioned weapons, it will take a good dose of luck and a bit of farming around the map. Do not hesitate to let us know your opinions on the weapons we recommend and we await your alternative proposals in the comments.

As usual, we greet you, and we invite you to stay connected on Holygamerz for more news, updates, guides and much more about the world of Call of Duty: Warzone and much more. Hello and good mission!

Call of Duty: Warzone, best places on the map to drop ❯

Mainland: The Complete Guide to the Free Visual Novel on Steam

This War of Mine guide

Strategic and Collectible Guides | The best of 2021

New Pokémon Snap: how to get 4 stars by photographing Emolga

Add a comment from Call of Duty: Warzone, best weapons to use to win