Animal Crossing: New Horizons is finally available, let's find out now how to fish for Taimen and other very rare fish

When Animal Crossing first came out on Gamecube, Nintendo probably hadn't anticipated such a huge success. The reception of the game was initially very positive, but until City Falks it remained more of a niche experience. New Leaf breathed new life into the series but it is with New Horizons that the bang was felt in every corner of the web.

However, evolving over the years it has remained faithful to itself, maintaining the same slow and calm rhythms with its activities of catching insects, searching for fossils and fishing. Today we will talk about this last occupation and then about like catching Taimen and other very rare fish in Animal Crossing.

Fishing is one of the most relaxing activities you can do in Animal Crossing New Horizons. There are those who prefer to embrace the more casual spirit and find only the one that happens, while others want to catch them all as if they were Pokémon. In addition, there are those who donate them to the museum, while others prefer to sell everything to make us a few stars. This guide adapts to every style, because there is no more correct method, but only the one you prefer. In this guide for Animal Crossing: New Horizons we will try to bring luck on our side and understand all the tricks on how to catch rare fish like Taimen. 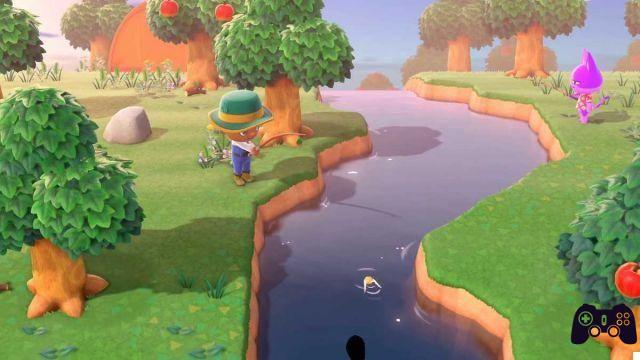 Fishing methods - Animal Crossing: New Horizons, how to fish for Taimen and other very rare fish

Fishing in itself is a rather simple action, in fact all you need to do is equip yourself with one fishing rod making it with only 5 twigs, found by shaking the trees. We then have to approach a stream and identify the shape of a fish, at this point just equip the rod and cast the line with A. If the fish is attracted to it, it will begin to push with its snout on the float until suddenly it will disappear in the water (even the resulting sound is quite recognizable). This is a good time to rewind the line by holding A until the fish is caught.


In reality, the learning does not stop there because there are some precautions to be taken in order not to fail in the intent. It is important to know that each water segment can contain different fish that are in: on the pier, rivers, ponds, waterfalls, football and also thealtitude can make a difference. However, the type of fish we are going to catch is not recognizable except partially thanks to the size of its shadow: very small, small, half, great, very big, long o thin. However, each fish always has the same shape, for a Boccalone for example it will always be large.

But there is one very important thing to keep in mind, fish have a severe attention deficit. Throwing the float to their side or back will not attract them, only a fairly accurate shot in front of them will trigger their attraction. 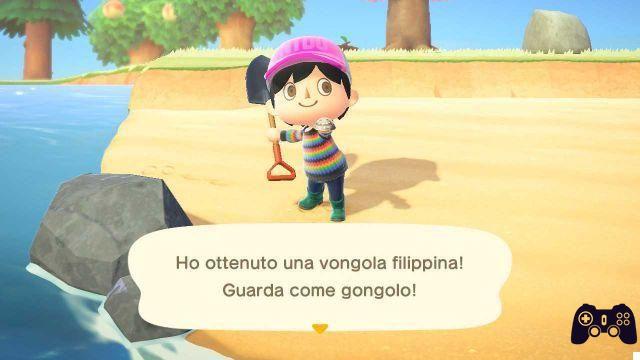 Using bait to fish where we want - Animal Crossing: New Horizons, how to catch Taimen and other very rare fish

A key thing if we are looking for rare fish is the use of a bait. We can assemble them by picking up some Philippine Clams on the beach with a shovel, more precisely in the points where some small splashes of water come from under the sand. The first one we find will allow us to learn the recipe we need. After building them one by one on the workbench we can finally use them.

At this point we will only have to approach the desired water source and select the option to use the bait from the inventory. A fish will immediately appear on the spot, but always totally random. The exits are useful more than anything else to concentrate fishing in certain places where there is little traffic of fish. It is therefore recommended to use on the pier, river mouths, ponds and near waterfalls 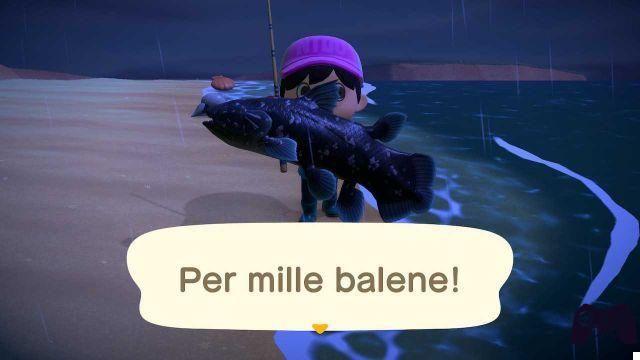 We find rare and expensive fish - Animal Crossing: New Horizons, how to catch Taimen and other very rare fish

If fishing is our thing, rare fish could be one of our main focuses. There are many specimens and all with their own requests to be found. In general, there are some tricks that can help us in the business. One of these is to keep watch over the coast of the sea, host of the greatest number of rare fish, especially the big ones. Also if it rains on our island, many more fish will start appearing in all locations.

However, not all rare fish have the same silhouette: some will be large, some will be small or they have more marked characteristics, sharks for example have a shape with the classic fin that distinguishes them. After having identified the type of shape it does not conclude our research, because if we want a certain fish, the season and time are extremely important factors to take into consideration as we will see shortly. 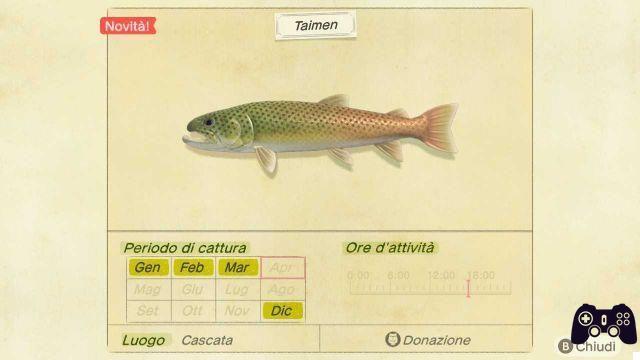 Here are the best rare fish by price and location - Animal Crossing: New Horizons, how to catch Taimen and other very rare fish

As previously mentioned, the season, time and location of fishing are important factors if we are looking for one in particular. Below we list the most and most expensive fish based on their location, time and hemisphere: 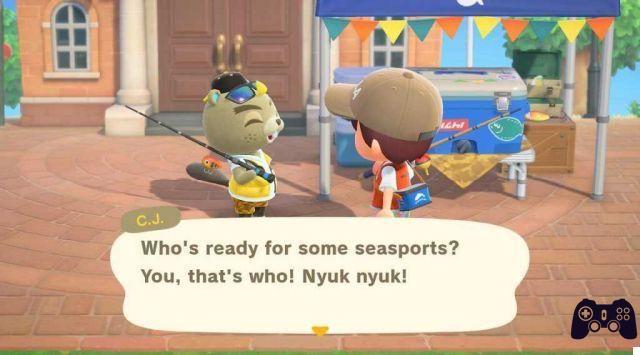 Beware of Castorino - Animal Crossing: New Horizons, how to catch Taimen and other very rare fish

If you want to sell your fish there are a few options. The main method is to sell at full price to Mirco and Marco in the Bottega di Nook, or by selling everything in the box outside the shop at a reduced price. There is, however, another more lucrative way. As we already know, every day a different character will come to visit our island offering us his services or asking for help. It will surely happen to meet Beaver (or CJ), a competitive fisherman who will propose us a challenge.

Generally it is a question of having to catch 3 fish in a row of the same size and without errors. Upon its completion, Castorino will reward us by offering us the opportunity to receive a statuette in the shape of a desired fish (bringing him three identical specimens). Also, and much more useful, is its willingness to buy our fish without limits at a value increased by 50%. Fishing will not be the fastest way to make money, but if Castorino is there, take the opportunity to sell him as much as possible. 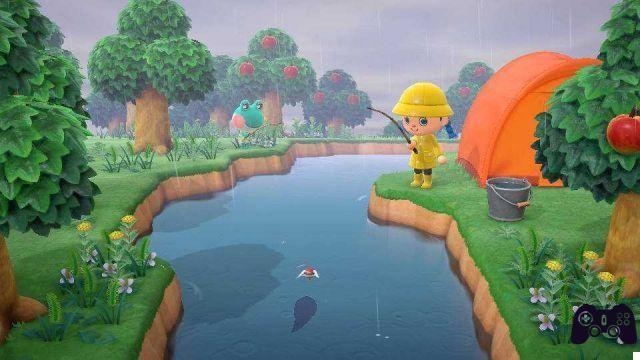 With the guide we have provided you now know how to catch Taimen and other very rare fish in Animal Crossing: New Horizons. In case you have any doubts or want clarification on this relaxing game created by Nintendo, ask us your questions below in the comments or take a look at our other guides: how to best hit the rocks, how to find eggs for Bunny Day and many more. other.

Animal Crossing: New Horizons is available exclusively on Nintendo Switch from March 20, 2020. In the meantime, I invite you to continue following us on Holygamerz to stay updated on the world of video games and technology.

add a comment of Animal Crossing: New Horizons, how to catch Taimen and other rare fish