The Last of Us 2: here is the guide on where to find all the weapons

The Last of Us part 2, the long awaited game of N, and finally available worldwide. This game is really wide compared to the previous chapter and for some players it may not be easy to be able to find all the hidden weapons around. For this reason we have decided to write this guide, in which we will explain it easily where to find all the weapons for all the characters of The Last of Us part 2. 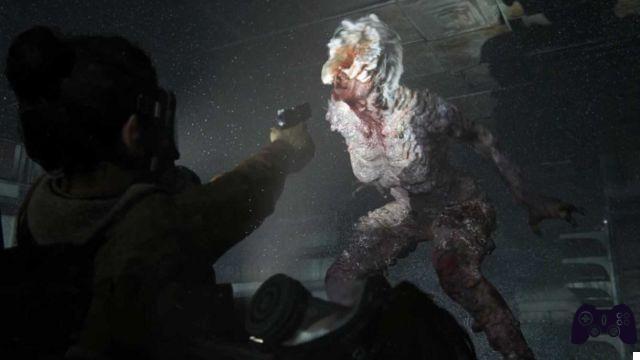 Overall throughout the game there are 12 weapons. In the course of your adventure you will find yourself facing many different threats and consequently you will need to be properly armed.

Some weapons will be impossible to miss while others may be more difficult to find. Also remember that not all firearms are available for every single character. But now no more chatter and let's move on with our The Last of Us 2 weapon list.

Semi-automatic pistol - The Last of Us 2: weapons guide

La semiautomatic pistol It is not a very strong weapon but it is reliable and easy to handle, so it will be a great companion to rely on throughout the game. This gun is the basic weapon with which Ellie will start her adventure, so you can't miss it in any way.

Il rifle it is a very strong weapon and will be very useful to you in long distance battles. Also in this case you cannot miss this weapon, since Ellie will automatically get it in the Patrol episode of the Jackson chapter.


Revolver - The Last of Us 2: weapons guide

Il Revolver is a gun with a very high firepower, able to eliminate most enemies with a few shots. Also this weapon sit will automatically unlock in the Jackson chapter, but this time during the episode "Get ready for departure ". 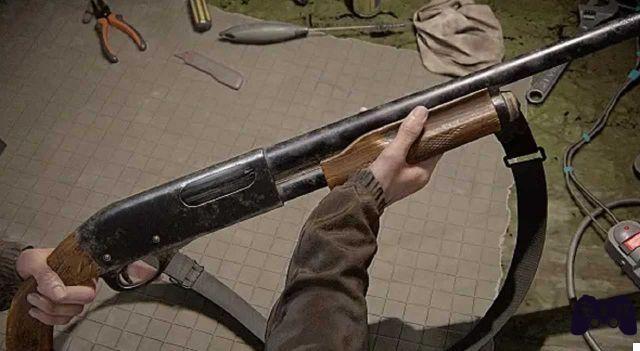 Il Shotgun it is a devastating weapon that certainly cannot be missing in the arsenal of all the best infected hunters. This weapon will be hidden inside the bank that you will find during the episode Center of the chapter "Seattle - Day 1". After defeating all the enemies in the tree, you will have to open the vault with the combination 60 23 06 and collect the rifle from the corpse that you will find inside.

Arco - The Last of Us 2: weapons guide

The bow it is a truly excellent weapon, as it is capable of killing enemies without making any noise. This weapon it's very hard to lose, but in any case, if you are distracted, it may happen that you forget it. You will find the arch during the Hillcrest episode of the chapter "Seattle - Day 2" when you enter the villa's garage. Here you will find an infected who will attack you and from his corpse you will be able to collect the much coveted bow. 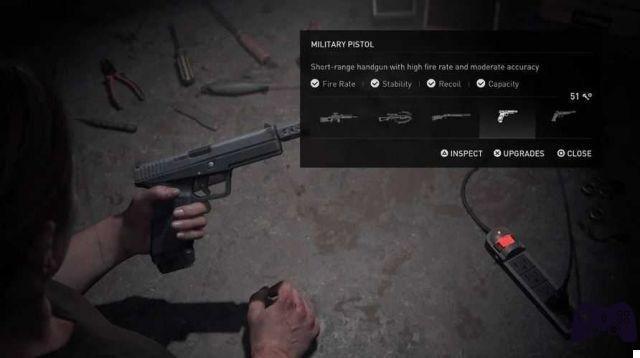 La military gun it is very similar to Ellie's automatic pistol, but in practice it is slightly better. You cannot miss this weapon in any way, given that is Abby's staple gun.


Semiautomatic Rifle - The Last of Us 2: weapons guide

Il semi-automatic shotgun it's weaker than Ellie's shotgun, but what it lacks in power it makes up for with its high rate of fire. This weapon will also be impossible to miss and Abby will automatically unlock it during the episode "The stadium" of the chapter "Seattle - Day 1 ″. 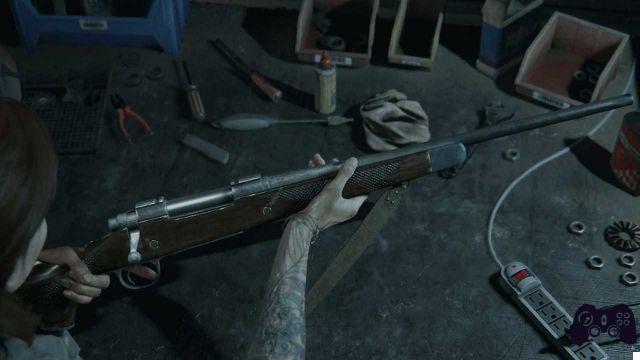 Let us now turn to hunting pistol, a very powerful and versatile weapon. This weapon is exclusive to Abby and is hidden in a safe in the episode "On Foot" of the chapter "Seattle - Day 1". The safe is hidden in a hole in the wall which you will find turning around a corner shortly after exiting the boathouse. To open it you will have to use the combination 17 38 07, which will be circled on a calendar inside a kind of trailer near the garage.

Double - The Last of Us 2: weapons guide

La brace it's another really powerful weapon and this time around it will be exclusive to Abby. The weapon is hidden in the pottery shop that you will find during'episode "Hostile Territory" of the chapter "Seattle - Day 1". To achieve it, however, you will have to go through the bar which is nearby and jump from the balcony to reach the second floor of the building. Once you enter the shop you will find the shotgun hidden behind the counter. 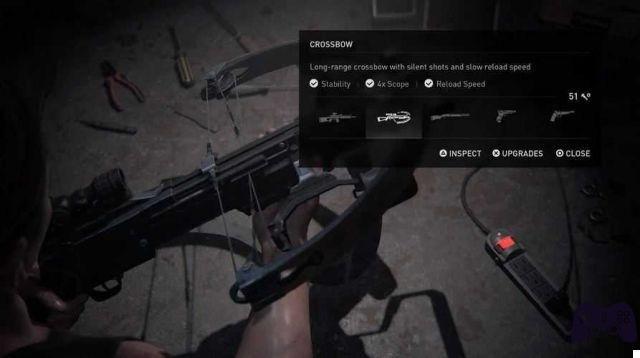 La crossbow it is very similar to the bow, but this time it will be a weapon exclusive to Abby. Also in this case there is no risk of losing it, as you will get it automatically during the episode "The Coast" of the chapter "Seattle - Day 1".

Flamethrower - The Last of Us 2: weapons guide

Il flame thrower it is a very powerful weapon that will allow you to defeat large groups of enemies in no time. This weapon is hidden inside a dilapidated building in the episode "The Descent" of the chapter "Seattle - day 2".

Shortly after you get the gas mask, you'll need to go inside a building full of infected and this is where the flamethrower is located. Specifically, once you enter you will have to go down one floor, move to the right and before going down again walk over a suspended concrete beam to find the weapon. The flamethrower is really well hidden, so we suggest you keep your eyes peeled.

Submachine gun with silencer - The Last of Us 2: weapons guide

Il silenced machine gun it's a really useful weapon, as it will allow you to kill enemies quickly and quietly. This is the last weapon in the game and you will get it automatically during the “Resort” episode of the “Santa Barbara” chapter. On top of that, if you have followed this guide correctly, you will now also get the High Caliber trophy needed to unlock the game's Platinum Trophy. 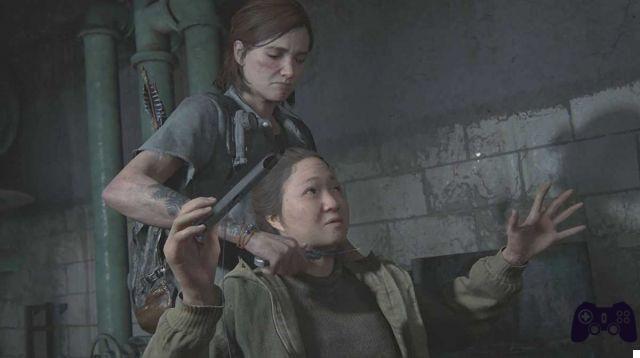 Thanks to our guide you will now have no problem a find all the weapons of The Last of Us 2. With all this firepower, you surely won't find any opponent capable of defeating you.

The Last of Us parte 2 è available now exclusively for PS4. If you are interested in staying up to date with all the news on the world of video games and much more, then continue to follow us here on Holygamerz.

The Last of Us 2: training manuals guide ❯

Red Dead Online: The Perfect Guide to Getting Started!

Fortnite: guide to the challenges of week 9 | Season 8

add a comment from The Last of Us 2: here is the guide on where to find all the weapons