Super Mario 64: where to find all the stars in the Lava Lake

Given its recent return to Nintendo Switch, let's find out with our guide where to find all the stars in level 7 of Super Mario 64, the Lava Lake

As announced in a recent direct dedicated exclusively to the anniversary of the most famous Italian plumber, who turned 35 this year, Nintendo has released the Super Mario 3D All-Stars. This collection, released on September 18th, includes three of Mario's most famous and popular 3D titles (in fact): Super Mario 64, its successor Super Mario Sunshine and Super Mario Galaxy. The lack of Galaxy 2 is felt prevailing, but we know how to wait. The collection was also released with a time limit for the purchase, dated March 31, 2021. What will happen to the remastered titles is not known. That Nintendo intends to release them individually at a higher price? The possibility that they will disappear from the store and that's it, with no more possibility to buy them, is very unlikely given how much they are appreciated by the public. We'll see.

Before starting ... The Lava Lake

In this guide of ours, we want to show you where to find all the stars in the seventh stage of Super Mario 64, the Lava Lake. The level is not particularly challenging, and the stars are easy enough to find… if you know what to do. Be very careful, because unlike the quicksand present in the eighth stage, the Swallowing Desert, the lava can actually kill you. Not at first touch, mind you. In fact, in the unfortunate case Mario should touch the lava, he will make a great jump on the spot, keeping his backside in flames. A trick that you can use to reach unexplored peaks. The painting is located in the basement of the castle, in the center. You cannot miss it. There are seven stars in total, and now we'll tell you how to find them all!


Stella 1: Boil the Big Bully and Stella 2: Bully the Bullies - Super Mario 64: where to find all the stars in the Lava Lake

Let's start by first star. At the northern corner of the stage, from the area where you take command of Mario, is a rather large platform. The fastest way to reach it is to complete the Puzzle Bowser with the red coins. There is only one Great Bronco standing in your way on the platform, which will try to take the necessary space for its survival.. You will have to push him into the lava, just like you would do with his younger siblings. Do it and you will get the star.

As for the Stella 2 del Lago di Lava, proceed to the right from the previous location. You'll find a platform with three full-sized Broncos. Drop them all off the platform and, to the surprise of some surprises, another Great Bronco will appear. Defeat him and the Star will appear. 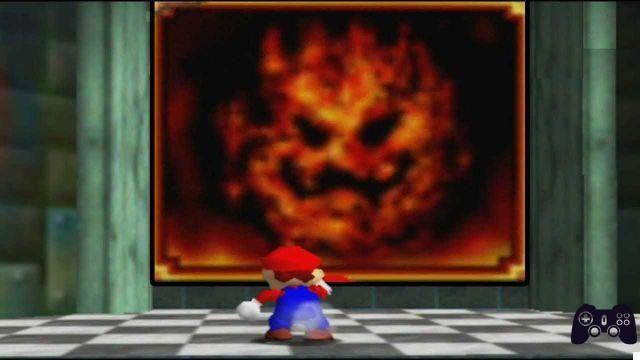 Stella 3: 8-Coin Puzzle with 15 Pieces and Stella 4: Red-Hot Log Rolling - Super Mario 64: where to find all the stars in the Lava Lake

Guide you in obtaining the third star del Lago di Lava couldn't be simpler. Follow the stage from the starting point and then turn left, you will find a puzzle with a picture of Bowser on it. In short, what we were talking about before. Collect the 8 red coins above the puzzle and avoid falling into the lava, this way the Star will appear.


La fourth star, on the other hand, it is a little more difficult to take. From the beginning of the level, you will see in the corner of the level opposite to your position (on the right) that there is a kind of cage. Approach the volcano, jump to the platform on the right with the two Broncos and arrive at the aforementioned platform. There you will find a large trunk, on which you will have to jump and run, keeping your balance, to bring it closer to the Star. Then jump on the platform and you will have your reward. If you are smart, however, you can also use the Winged Hat to reach it. We haven't told you anything, but ... 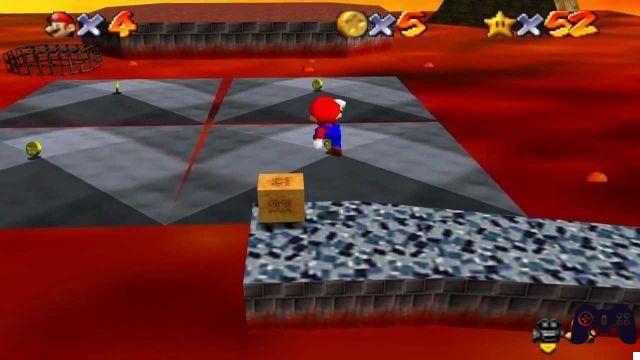 Stella 5: Hot Foot-it into the Volcano and Stella 6: Inside the Volcano - Super Mario 64: where to find all the stars in the Lava Lake

To collect the sixth star, go back inside the volcano. This time, however, turn back from your point of arrival, to the left. Will find a platform that acts as an elevator that will take you to the top of the volcano, with several dangers to avoid along the way. At the end of the magnificent tour, you will find your star. 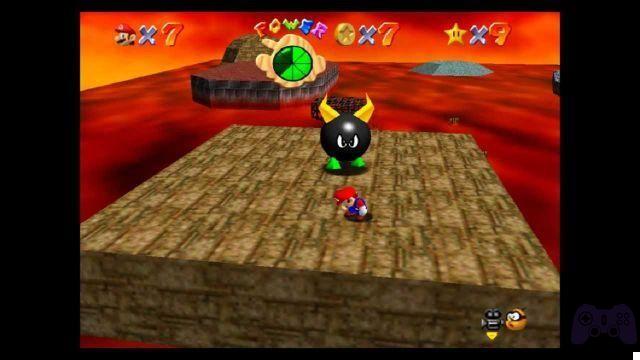 And for the seventh star… Collect 100 coins! - Super Mario 64: where to find all the stars in the Lava Lake

Collecting 100 coins on this stage is pretty straightforward. In the level alone there are 97 scattered. If you add the puzzles with red coins, several blue coins and some enemies that drop them after defeating them, you will understand that collecting this last Star will be quite simple. Remember that most of the gold coins you will find inside the volcano! 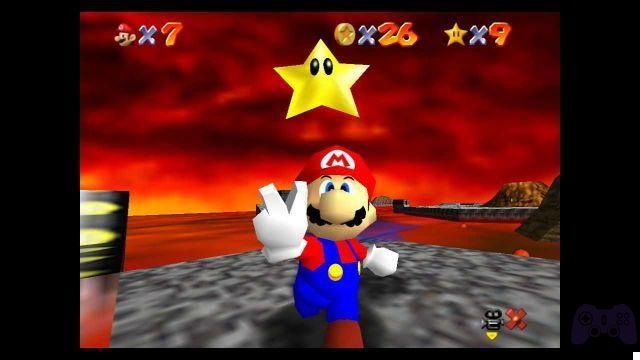 This concludes our guide on where to find all the stars of the Lava Lake level in Super Mario 64. Hoping to have been useful, we ask you: have you already purchased the Super Mario 3D All Stars collection? What do you think? Write it to us below in the comments, we will continue to keep you updated with all the news on videogame and tech!

Do you want to be a video game expert and know all the tricks, guides and reviews for your video games ? Holygamerz.com is a group of video game fanatics who want to inform you about the best tricks, guides and tips. We offer you the best information to be a reference in gaming, so here you can find guides, tricks, secrets and tips so you can enjoy your games to the fullest. Are you ready to get all the achievements of that game that you resist so much? Enter now and enjoy your favorite video game to the fullest!
Super Mario 64: where to find all the stars in the Pirate Bay ❯

Pokémon Sword and Shield: how to get and hatch eggs

Mario Party Superstars: what to know before starting to play

FIFA 22: what they are and how they work the OTW of FUT

Add a comment from Super Mario 64: where to find all the stars in the Lava Lake