Red Dead Redemption 2: the best Mods around for PC

You know, gaming on PC has a huge opportunity that is not present on consoles. We are talking about the support for installations of Mod, which allow you to transform the game to your liking. There are endless possibilities, from the Mods that graphically improve the game to the Mods that give the possibility to do the most absurd things. Red Dead Redemption 2 (recently arrived on Steam) due to its Sandbox structure is one of the titles that can make the most of the support for Mods.

The home game Rockstar Games has been out on PC platforms a few months ago, but the community has already given a lot to do in the field of amateur modifications. In this guide we will go to see the 15 Best Mods Currently Available. Also if you want to know our opinion on the port of Red Dead Redemption 2 for PC we refer you to our review. Let's not waste any more time and let's discover the best Mods of Rockstar's Western sauce masterpiece.

The introduction of Red Dead Redemption 2 is incredible. The early stages of the game immediately make us understand the cinematic cut of the title and show us the difficult situation in which the Dutch Van Der Linde gang finds themselves. It is also true though that the start of the game is very long and it takes several hours to get into the actual gameplay offered by the title.

So maybe if you switch from console to PC and you already know the history of the game, this Mod could be useful, which allows you to skip the introduction directly. Basically it is a save file that has already completed the introductory phase. Just copy the file to the save folder and that's it. 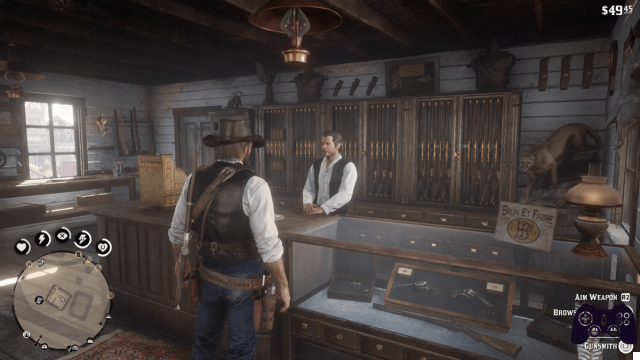 It gives you the opportunity to use different models instead of Arthur Morgan. The beauty is that in addition to human characters, you can also control different animals. For example, it is possible to become a bird if you want or a puma capable of ferociously attacking your enemies.

Don't expect to finish the game in these shoes as you may encounter difficulties with some models. But it could be a nice way to diversify the gameplay and the fun is guaranteed. The Mod is still in development so keep an eye on possible updates after your installation.

With this Mod the risk of being left open-mouthed is very high. Red Dead Redemption 2 basic offers a graphics sector that is the state of the art of the video game, also on PC it is even better. It is also possible, through the installation of this Mod, improve the lighting of the game.

All shadows are improved, colors are more intense, and the whole game is sharper and more pleasing. If you want to see the Old West in the best possible way, try installing “Photorealistic Reshade”, as long as your PC is powerful enough. 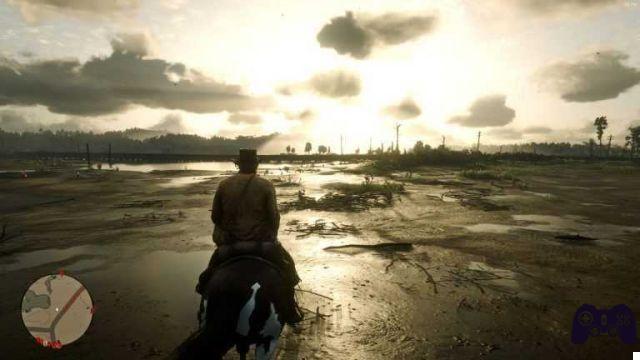 Don't like those black bands that Rockstar put in during the game's cutscenes to have a more cinematic effect? Then this is the Mod for you!

It indeed allows you to completely remove the black bands from all cutscenes, from cinematic cameras and other areas that have an aspect ratio of 21: 9 or higher. This way it is also possible to adjust the depth of field in the game. Be careful with this Mod since requires the use of Cheat Engine which may be annoying for some anti-virus software.

With this Mod you can make the days in Red Dead Redemption 2 infinitely long. You can avoid riding at night or you can continue playing during the day as you need some activities to always remain open without having to use a camp to rest until the desired time.

"Longer Days" allows you to decide how to run the game clock. Indeed you can customize how many real seconds a minute lasts within the game. Also being able to choose how long the day should last and how long the night should last.

If you've stayed that long fascinated by Joaquin Phoenix's performance in Joker to want to use it in Red Dead Redemption 2 we come to your aid. We are sure that so many of you desire this possibility day and night. The world of Mods is also pure and fun madness so why not?

At the moment the Mod is hidden on Nexus Mod as it is still in development. But we are sure it will soon be available to everyone. So as to have the opportunity to rebel against the society of the Old West. 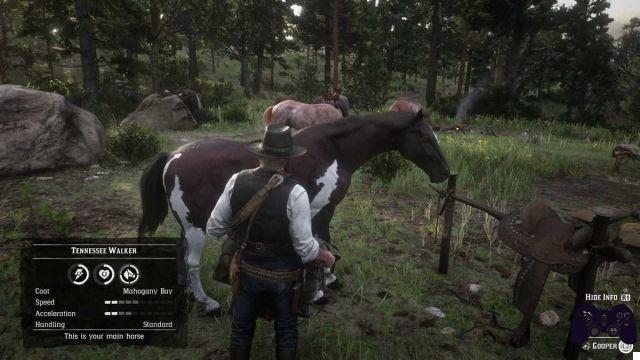 With "Simple Slow Motion" you will be able to slow down time to your liking. So not only with the Deadeye, but at any time you prefer simply by pressing a button. It is also possible to customize between different speeds possible to have slow motion as you prefer.

We are sure that a lot of people will use this mod to create spectacular actions made it even more epic this way!

The Mod dedicated to all the orphans of Undead Nightmare, the beautiful zombie-themed expansion of the first chapter. In this case zombies are very similar to Night Folk present in the game, then they will run against you brandishing knives trying to take you out.

The mod is still under development, but the release seems imminent. We just have to try it and hope, why not, for a return of Undead Nightmare also in Red Dead Redemption 2.

The title inspired by the great film with Brad Pitt already makes it clear where you want to go. This Mod allows you to make all human NPCs in the game aggressive, ready to stage a real Fight Club.

The Mod allows a series of customizations including the removal of the wanted level, infinite stamina and even a regeneration of health after each fight. That way you won't be interrupted by anything except defeat. 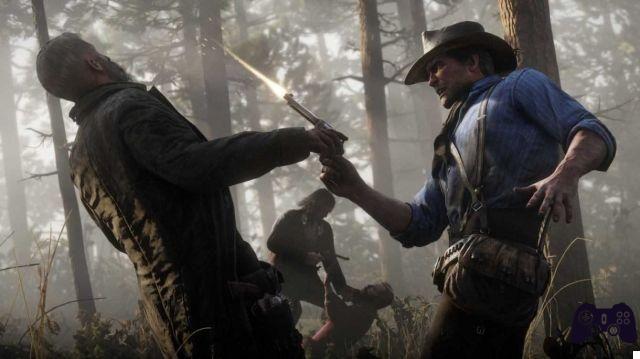 In Red Dead Redemption 2 there is no ability to soar into the air with an airplane like in GTA for obvious reasons. This Mod comes to our rescue, thanks to which we will be able to admire the splendid panorama created by Rockstar for this game from above.

“Hot Air Baloon” gives the possibility to freely fly the balloon which we will use in one of the game's missions. We will be able to control the vehicle with a lot of inertia and backward movement. Just be careful not to fall, from similar heights there will be no parachutes to save you this time.

We return to the old light-hearted madness typical of this world. Just as the title suggests, “MiniMPCs” allows you to shrink all non-player characters to your liking of the game world. But not only, we can also make Arthur a giant larger than buildings or even animals such as dogs and horses.

Get ready to turn Red Dead Redemption 2 into a Godzilla in salsa Western. We leave to your imagination the infinite possibilities of memorable and at the same time crazy scenes that can be created with this Mod. All of us now can't wait to have an Arthur fight against a bear, both giants as the best of the films of Kaiju.

Agnes Dowd is one of the most mysterious characters in Red Dead Redemption 2. In the game, you can find this girl's ghost in one of the typical Rockstar Easter Eggs. Thanks to this Mod it is possible take the form of Agnes Dowd so as to see closely the model of this otherwise unapproachable character.

It is possible to decide to use both the human form and the ghostly form by Agnes. To transform into the enigmatic character you need to use the two Mods "Lenny's Simple Trainer" and "RDR2 Outfit Changer". With this method you can also see the model of Princess Isabeu, who is only mentioned in the game through some flyers. 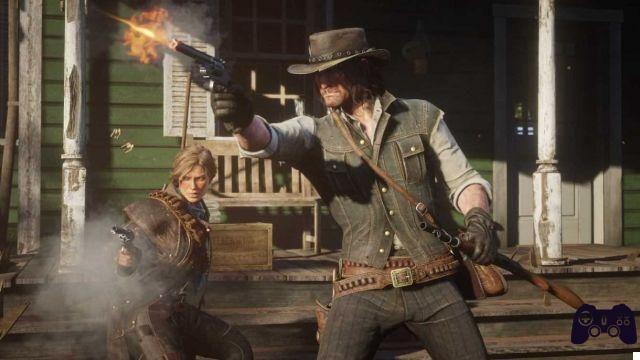 If with "Fight Club" you could fight against all non-player characters, with "Riot Mode" you can fight all the NPCs between them and wreaking havoc. By activating the Mod, entire cities will panic and engage in a real civil war.

To install the Mod you will need to have l’Alexander Blade Scripthook. Once activated, watch the merciless battles unleashed without you lifting a finger and enjoy the show.

If you are familiar with English, the title is clear enough. In fact, with this Mod it will be enough aim at any character to immediately disarm them. Also in this case you need to have the Alexander Blade Scripthook to activate the Mod.

This mod after all peaceful is ideal for those who do not want useless bloodshed or for those who love fighting with bare hands against otherwise armed characters.

With this Mod you will become the most fearsome gunslinger the Far West has ever seen. In fact, activating it Arthur will be able to kill any opponent in front in one fell swoop, whether it is human or animal opponents such as horses or bears.

We leave you with a little mystery. By activating the Mod, will Artur also be killed with a single shot by his enemies? Well, you just have to install the Mod and find out for yourself. 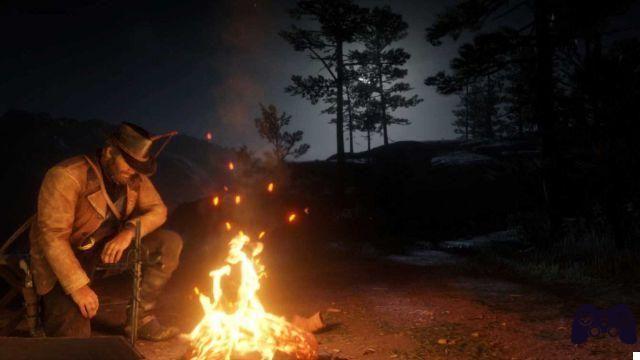 As you have seen, the world of amateur mods is varied and bizarre. The possibilities are truly endless and we are sure that with the passage of time it will be possible to do anything that has ever crossed your mind within Red Dead Redemption 2. We advise you not to hesitate in trying these Mods and to look for others on your own, in this way the game will become almost infinite and will never bore you.

We hope you enjoyed this guide and keep following us on the pages of Holygamerz for other guides and for all the news on the world of video games and more!

add a comment from Red Dead Redemption 2: the best Mods around for PC