In this guide we will explain how to face Metro Exodus by saving all team members to unlock the "Maximum Strength" platinum trophy.

This guide follows the stories of three very important characters, so there are several spoiler. Read at your own risk!

Metro Exodus' post-apocalyptic Russia can be incredibly dangerous. In fact, depending on how you finish a mission, your friends risk facing a rather unhappy fate: they could get hurt, abandon you or die. Follow this guide to find out how to get the best ending and save them all your team members. Saving Duke, Damir, Alyosha you will be able to get the trophy "Maximum Strength", essential to platinum the game.

First, it stealth is the key. To save all your friends, in fact, you will have to stay hidden as much as possible and avoid randomly killing the enemies you meet during your game of Metro Exodus. The best thing is to go through the various areas like a ghost, without getting noticed or alarmed by the bad guys.

A few tips for stealth: 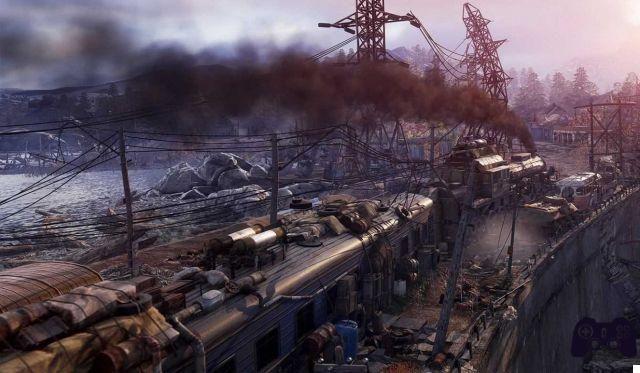 How not to kill Duke, Damir and Alyosha | Guide

To keep alive Duke during the chapter Volga, you'll need to make sure you stay in stealth throughout the entire bridge sequence. If you get noticed by the enemies, then Duke will die during the last cut-scene as you try to escape. Stay in the shadows and avoid unnecessary conflicts.

To avoid Damir go away during the chapter Caspian, you must absolutely complete the mission of your companion Guil, who will ask you to recover a photo for her. Additionally, you should also rescue the slaves in the junkyard (south of the lighthouse) and help the prison ship stranded east of the lighthouse. During the final mission, try not to alert the enemies as you infiltrate the slave quarters. If you avoid killing the slaves and save them, as well as help your new friend, you will be able to get the best ending for this chapter.

The only way to avoid such Alyosha a rather painful fate is to make sure of impress Olga in the chapter Taiga. Do not make Taiga angry and do not attack or kill any of the Pioneers, which unlike the Pirates, should absolutely be avoided. In fact, the only enemies you can kill without too much trouble are bandits and mutants.

If you manage to unlock the best ending in these three chapters, you will be able to get the platinum trophy “Maximum Strength”Of Metro Exodus, and you can save your friends. Additionally there are trophies dedicated to each of the three characters.

Metro Exodus is an epic, story-driven first-person shooter from 4A Games released on February 15, 2019 for PC, PlayStation 4 and Xbox One.

Remember to follow Holygamerz and our social pages to keep up to date on the most important news in the gaming world!

add a comment of Metro Exodus: How to save all team members | Guide