Let's find out together some useful tricks and tips to dominate in League of Legends Wild Rift, known as LoL mobile

Wild Rift could very well be any MOBA not long out on mobile. However, we know that in the heart of the game lives a well-rooted and experienced structure thanks to its big brother for desktop computers. Now it is in fact possible to face the mythical battles even on mobile, experiencing the joys and sorrows of this kind in every place. Precisely for this reason we want to facilitate this step with the use of ours tips and tricks for League of Legends Wild Rift, known by many as LoL Mobile.

Challenges in the Rift

It is a guide suitable for everyone, but especially for those who do not know the rules of the game well. We will in fact go on some of the basics to tackle the title in the right way. However, these are concepts that could very well help anyone. League of Legends Wild Rift Yes, it is a mobile version of League, but with some very welcome little additions that make the title perfect for a game and away, let's find out some tricks and tips. 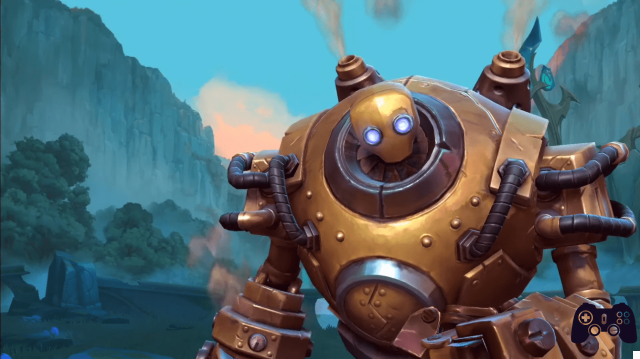 First of all it is good know the various roles that champions can fill in the game and how they intertwine with the very structure of the map. There are five general roles in the game: carry, support e tank. You could go into even more detail, but afterwards you risk making more confusion than anything else. The first consists of a champion capable of becoming so powerful in the course of the game that he can literally carry the team to victory.

Il support it can have the purpose of helping by healing, or controlling the enemy with damage or stuns of various kinds. The tank instead it is fundamental for defense, sometimes it has the purpose of maintaining control on the battlefield, others instead of taking the blows in place of others. All of these classes typically have their own place of destination at the start of the game, but we'll talk about this in the next section on tips and tricks for League of Legends Wild Rift. 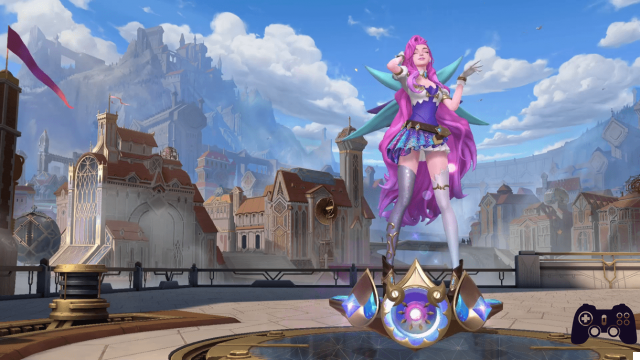 The division of the map - League of Legends Wild Rift: tips and tricks for LoL mobile

The map can be divided into several sections and any player who decides to deal with one should know some unwritten rules. There Top Lane o Baron Lane (the path visible on the map at the top left) is often occupied by two champions and generally the tank role, who will spend a lot of their time farming or helping other playmates, briefly abandoning their path. Mid instead it could be occupied by anyone, but it is of great importance as it has the tacit task of dealing with a bit of everything; that is to push the lane until the destruction of the tower, to support the other players with ambushes (commonly called "gank").

Bottom Lane o Dragon Lane, should be occupied by two samples: a support and a carry. This combination is for your attacking champion to get all the help he can get and become very strong. Finally there is the jungler which obtains resources by killing monsters in the jungle alone (between the various lanes) to go out from time to time to gank the enemy. As already mentioned, these provisions are unwritten rules, so it may happen that among friends you can organize yourself differently and surprise the opposing team. Let's continue talking about one of the most fundamental tips and tricks for League of Legends Wild Rift. 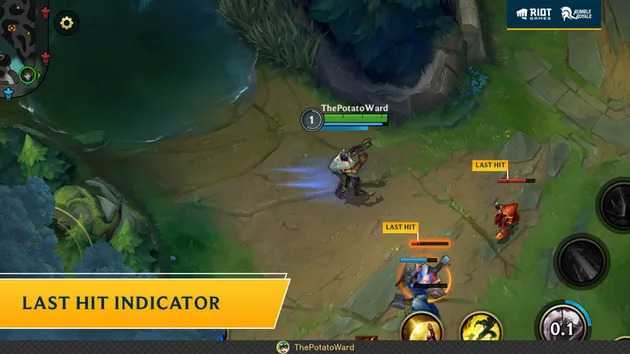 Farming in any MOBA is definitely of extreme importance, getting the right amount of gold gives the opportunity to buy items of great power. The most classic method to find money is to kill minions, the little creatures that run through the various lanes in waves. There are close combat ones, often quite tough, or that deal damage from a distance. The latter in particular they should be killed first as they are quicker to break down.

Wild Rift also offers a special feature on the interface useful for knowing when a single shot is enough to kill minions, it is in fact only the fatal blow that will get you the money. The attached image should help you better understand this "service". Let's move on to the next of the tips and tricks for League of Legends Wild Rift. 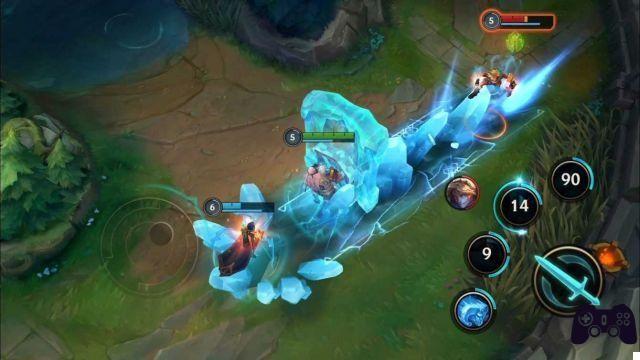 Know the champions of the game is another factor that can really make a difference for the win. If you know what an enemy's strengths and weaknesses are, including the hero's inherent play style, you have greatly increased your chances. To do this we advise you to read up on the game by trying them all.

However, do not try to know how to use them all, the learning curve is in fact very steep and by doing so, it will take you too long to learn how to play. Focus on a small circle of characters and discover all their tricks up their sleeves. This way you will have the opportunity to surprise even the most skilled players. Our advice is to know how to use at least 1 character for each category, so as to be able to fill any role when necessary. 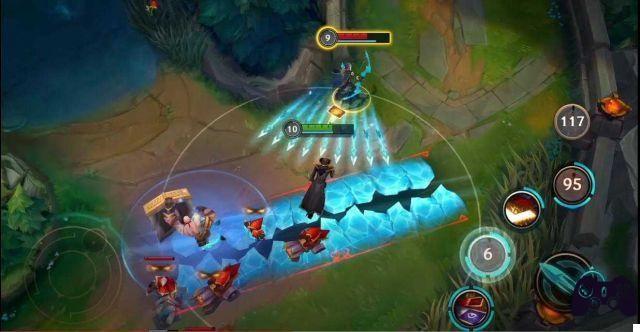 Honestly, the developers have provided the samples with recommended builds that are quite effective, so we highly recommend them. But if you really know how to use a certain hero, it's not a bad idea to experiment and build your own set. This is in such a way that the items you are going to get and the skills acquired fit in the best with your style of play. For example, Varus is a Marksman capable of dealing physical and magical damage.

For this it is clear how possible it is to play this champion in two totally different ways based on the build used. Before trying your build in real games it is always a good idea to experiment with it in practice mode. Runes are a great way to dominate the game from the start. Each champion needs a specific set of runes to aid him in the game. Eg, Varus it quickly drains his Mana, so the mana flow provided by the runes is really useful for him. 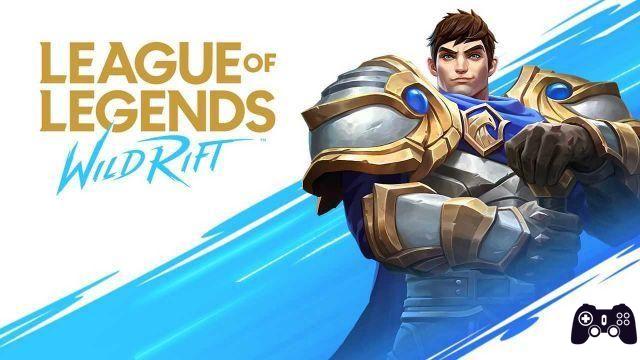 Do you want to be a video game expert and know all the tricks, guides and reviews for your video games ? Holygamerz.com is a group of video game fanatics who want to inform you about the best tricks, guides and tips. We offer you the best information to be a reference in gaming, so here you can find guides, tricks, secrets and tips so you can enjoy your games to the fullest. Are you ready to get all the achievements of that game that you resist so much? Enter now and enjoy your favorite video game to the fullest!
Legend of Mana HD Remaster: here is the trophy list! ❯

Resident Evil Village: where to go after defeating Lady Dimitrescu

Fortnite Season 2: a leak reveals some challenges of week 7 and 8

Add a comment from League of Legends Wild Rift: Tips and Tricks for Mobile LoL