Fortnite: the news of season 6

The latest event brought the island of Fortnite back to the roots of its essence: let's see how this translates with the news of season 6

We just talked about the latest event of Fortnite, and now we can get it right the news of season 6. We would gladly talk about Furia like a metaphorical closure of the previous season, Punto Zero, if it weren't for something much more literal. If you have played the event (which we recommend you do before you read), you will know that the intervention of the "Seven" has enclosed the portal inside a tower in the center of the map. The zero point, in response to the containment, sent a "mysterious impulse" to the surrounding environment that, quoting Epic, "wiped out all the most advanced technology" from the island. How does this translate into gameplay?

"I don't know how the third world war will be fought, but the fourth will be done with stones and sticks"

The "primitive biome" is one of the biggest news for the Fortnite map in season 6. It is the orange-colored vegetation that starts from the center of the island and surrounds the "spire", or the aforementioned tower. On balance, nature has "invaded" some of the locations we knew so far, such as the Colosseum Colossal which is now only a "Colossal farmhouse”(The alliteration, as always, remains). The Epic site also alludes to the "Guardian Spiers" at the edge of the biome, "protected by mysterious forces". You can find the new game map in the tweet below.

Among the novelties of Fortnite season 6 we have the introduction of a mechanic of crafting for the weaponry. With the loot obtained from animals (we will get there) and “technology spared from the impulse”, we will therefore have the opportunity to improvise our arsenal a little where we want. The Epic site cites among the examples new weapons like the mighty "primordial rifle", weapons of the past more precise like the revolver, and also of the strings. We alluded to weapons generated from animal remains because yes, even Epic Games' battle royale will have “its Breath of The Wild moment”. 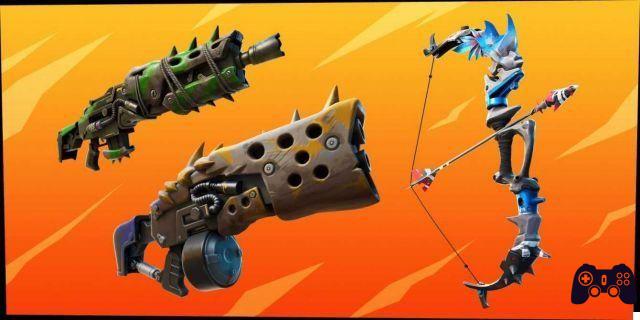 Prey and predators alternate in the newborn fauna of Fortnite, which together with crafting represents one of the most surprising novelties of season 6. With the help of animals we will not only be able to feed ourselves (and, we suppose, cure ourselves), but also to make our own new creation materials. Of course, wolves groped… well, in packs. As always, however, Epic does not intend to resort to "everything and now": in the future, which we assume stands for "in the next updates", they will also arrive worst predators. We would make a joke about "Anonymous [280]", but for once we hope that the beasts take it out on the streamer on duty. 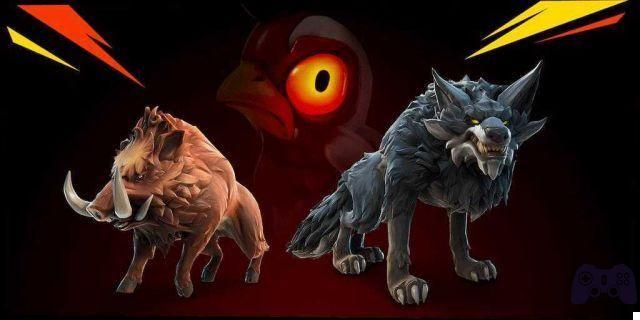 In reference to Fortnite's “Groundhog Day” lore, a new type of coffer (or “chest”, referring to the English-speaking slang of the players) makes its way through the news of season 6. We allude to the “bunker chests”, prepared for a hypothetical apocalypse. It will be up to us, of course, to loot these supplies to save our skin for the next shooting. Or even not. Epic has already promised that "as the season progresses" will also come upgrades outside of the weapons, such as tyres equipped to not lose speed on less hospitable terrain. 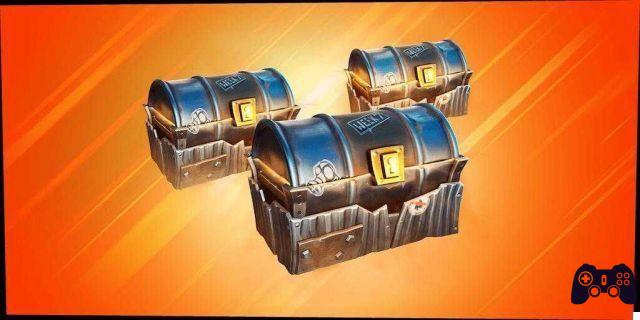 It wouldn't be a new season of Fortnite - at least, for four seasons now - if there weren't any guest stars worthy of the name to give the Battle Pass a bit of prestige. Starting from the "first party" of Epic, however, we would list theAgent Jones (although a bit late in timing), the hybrid "between Jurassic Park and Mad Max" Tarana, the meditator Raz, the Easter chick Coccodé (With juicy variant for the first time in a Pass) and the mysterious Killer of the Spire. 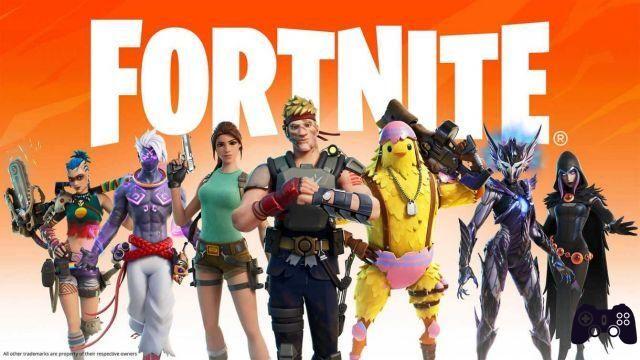 Among the guest stars, however, we have the first skin of the "Video Game Legends" series included in a Pass, Lara Croft (both in classic version and in reboot style), and croaker from DC Comics (Teen Titans). As a secret skin, however, we have the footballer Neymar Jr., which like Lara Croft will be the first skin in its category (Icons) included in a Pass. Neymar Jr. is an avowed fan of the title, and we assume that's also why Epic wanted to immortalize it.

Now it's up to you to tell us yours: what do you think of these additions? Let us know below, and as always don't forget to stay on Holygamerz for all the most important news on the gaming sphere. For your gaming needs, you can instead find the best discounts in digital format on Instant Gaming.

Fortnite season 7: the guide to the challenges of week 10 ❯

add a comment of Fortnite: the news of season 6