In this guide on Dragon Ball Z: Kakarot we will see the best strategy to easily beat Nappa playing as Goku

Having already seen how to defeat him using Gohan, in this guide we will see how beat Nappa even with Goku. The battle will certainly be easier than those with Gohan, but it is still not a challenge to be underestimated.

Dragon Ball Z: Kakarot is a open world action-rpg heavily focused on combat, published by Bandai Namco and in development at CyberConnect2. The latter has been involved in the development of several anime-inspired fighting games, such as the acclaimed Naruto saga: Ultimate Ninja. As for the secondary quests of the CyberConnect2 title, he had total creative freedom, while the main story follows that of the Dragon Ball Z anime.

Kakarot therefore presents itself as the ultimate potential RPG for fans of the series, as well as an excellent way to recover the plot of the work for the first time, brought back into the game with great fidelity.

The basics of the fight - Dragon Ball Z: Kakarot, how to beat Nappa with Goku

As already mentioned the battle will be simpler than those with Gohan, but the basics of the battle are good or bad the same. Nappa is capable of doing a lot of damage in a short time, so it will be crucial use the guard a lot for more powerful attacks and try to exploit theVanish attack to go behind him whenever possible.

Nappa will then use several special attacks, first of all Break arm. The latter can do a lot of damage, but the one you need to be even more careful about is Giant Storm, which will do even more damage if you don't get out of the area of ​​effect right away. 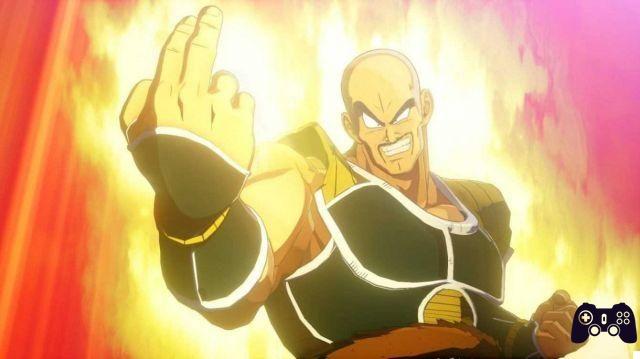 The other special attacks - Dragon Ball Z: Kakarot, how to beat Nappa with Goku

Nappa's other special attacks will be Sonic Storm, Blazing Storm, and Giant Bomber DX. Of these the most dangerous are, as for Gohan, Giant Storm e Blazing Storm. When you see him attempting to cover the arena with one of these attacks, the best strategy is to fly as far to the sides of the map as possible until the attack ends.

Following these tips, and considering that Nappa will start the fight underestimating Goku's true strength, you shouldn't have too much difficulty in defeating him, especially having already done so as Gohan. 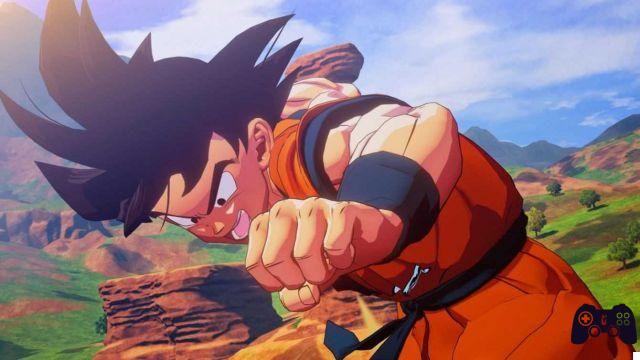 Our road does not end here

We have therefore seen how to defeat Nappa by playing with Goku in Dragon Ball Z: Kakarot, but of course there will still be many fights to test our fighting skills. For this you will find already on our site many guides dedicated to the game (with many more to come), which we list below:

Recall that Dragon Ball Z: Kakarot is available since January 17 2020 for PC, PS4, and Xbox One. For other guides, news, reviews and specials on the gaming market, go to the dedicated section on our site!