Thanks to the new infernal demons and zombie soldiers, the peaceful life of the DOOM Slayer has become even more complicated, let's help him in DOOM Eternal with a guide to the best Sentinel Crystals

The days when DOOM was synonymous with first-person shooters are back in a big way. Thanks to a splendid chapter released in 2016, which brought the series back on track after a subdued third chapter, we can explore the direct sequel. Just like in DOOM II: Hell on earth, the creatures of hell have invaded the earth and completely changed its landscape.

Thanks to the destructive force of the new weapons, the player, in the role of the DOOM Slayer, will have to bring order to the bloody lands devastated by demons. To better enjoy the Rip & Tear style of DOOM Eternal we propose you one guide to the best Sentinel Crystals. No demon from hell will have an easier time.

Although the formula of the game is similar to the previous chapter, numerous changes have been made to the combat system. The DOOM Slayer has new ways to move, promoting greater verticality of the environments. Now the dangers (or unfortunate targets) can catch us from multiple angles and some in particular have very tough defenses to break down. Plus, there are tons of new ways to power up, including perks, weapon mods, and sentry crystals. If you thought DOOM 2016 was already intense and fast enough, Eternal takes everything to a new level. But let's not dwell further and let's dive into the guide.

What are they and what they are for - Doom Eternal: the best Sentinel Crystals

As already mentioned previously in DOOM Eternal we have a variety of passito enhancements, obtained exploring the maps in search of the Sentinel Crystals. They are very useful resources that can be used to increase our life, armor and ammo to carry. However, by selecting two specific upgrades in the upgrades screen, we will get a passive ability. In total they are well 12 Sentinel Crystals throughout the game, this means that we will have to find them all to unlock every skill and stat increase. However, some skills are more useful than others, so let's understand their potential. 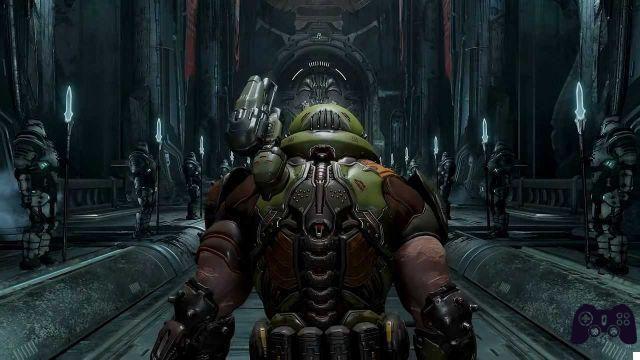 In total, we have six Sentry Crystal passive abilities, unlockable with the choice of two stat boosts. Each player will find themselves preferring one over another by adopting different play styles. Before understanding which ones are the best, let's now see what power they will give us: 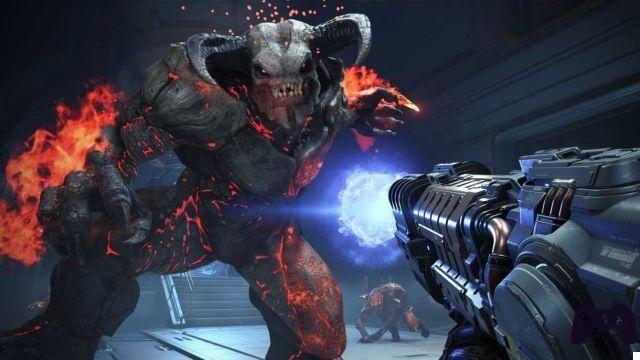 The choice we are given highlights a big dilemma, which one to choose? The answer is that not all of them are as fundamental as they are functional. Some of these are more important and taking them right away can give us a considerable advantage. Surely Quick jet is one of these, thanks to the fact that it reduces the waiting time to use one of our best weapons, the flamethrower.


It would also be perfect to pair it with Getto in napalm to maximize its effectiveness and flexibility of use. Health for blood is another great choice. Since the Blood Fist recharges thanks to epic kills, this passive allows us not to waste energy and have the fist always ready. All skills are useful, but these three suit almost any style of play well. 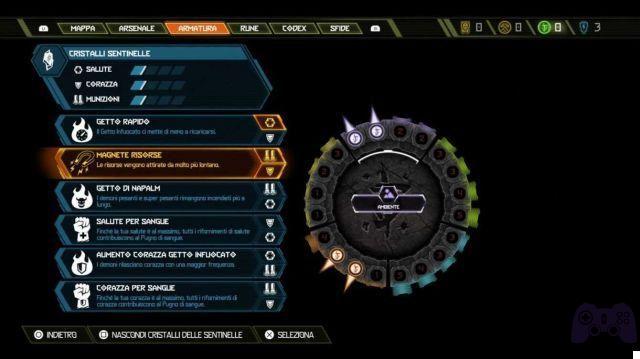 Let's go back to battle

With the guide that we have provided you now know the best Sentinel Crystals in DOOM Eternal . In case you have any doubts or want clarifications about this shooter created by id Software, ask us your questions below in the comments or take a look at our other guides. In fact, we have a guide on the best runes, another with some tips to start playing and many more.

DOOM Eternal is available from March 20, 2020 for PlayStation 4, Xbox One, PC; only subsequently, on an indefinite date, for Nintendo Switch. In the meantime, I invite you to continue following us on Holygamerz to stay updated on the world of video games and technology.

Doom Eternal: the best runes to use ❯

Destiny 2: items on sale by Xur from October 4th

Add a comment from Doom Eternal: the best Sentinel Crystals