Code Vein: how to unlock all possible endings

Like any self-respecting souls like, even in Code Vein we can find different endings depending on our choices in our adventure. If you're wondering how we're going to unlock them all, it will all be revealed to you soon. Before starting our guide on how to unlock all possible Code Vein endings, I remind you that you can read our review about it and find out what we think of this new title. Let's start our article now and see together what all the endings are.

Code Vein: let's find out how to unlock all three endings of the game

The title looks like a souls like in the anime version, thanks above all to the work done by the developers of Shift (same as God Eater). During our adventure we will play the role of a revived special that also has the power of travel in the memories of his fellow men thanks to the vestiges. These particular crimson red stones will be the keystone to make each ending be different from the others. Let's find out how they will affect the end of our adventure.

The first ending, and also the most "sad" of the three if we can define it that way, is also the most "sad" one easy to unlock. As the title foretells, this ending will put an end to the life of the Heirs. These revived details have been selected, based on certain parameters, for host the memorabilia inside them, parts of the Queen's body. In doing so they would have been forced to live in isolation for life, but they could have saved the world thanks to their sacrifice.


To unlock this first ending, all you have to do is face the various Heirs, defeat them and once you have lived their memory go out the door just like in the other cases. Doing this will trigger a cutscene in which the Heir will turn into a pile of ashes and will never come back to life. Perform this operation for all the Heirs and after defeating the last boss you can enjoy the related video of this ending. 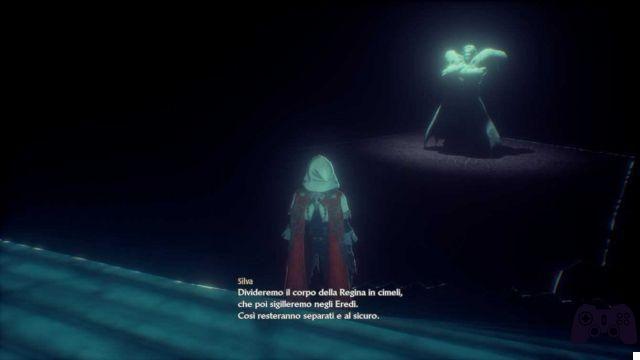 The second ending, the "neutral" one so to speak, is also easy to unlock, however it will take you away a little more time. All you have to do will be save at least one Heir. To do this however you will have to first collect all the remains related to that character. These will not be easy to reach a few times and you will have to go around the map where the Heirs are located in order to find them. Once you have all recovered, you can regenerate the "thread of memories”Just before entering the crypt to face the relative Heir.

Once you have recovered all the vestiges and related memories you can face the Heir. At the end of the fight, just as explained in the previous ending, you will relive the memories of your opponent, however, in the end you will not have to go out the door, but interact with the statue of the petrified revenant (you will have to do it with at least one Heir). Once we exit there will be the cutscene in which we will see the Heir comes back to life without signs of madness. By doing so, once you have saved at least one of the heirs and defeated the final boss, you can unlock the ending that will see you sitting on the throne defending the world for eternity.

The last ending is certainly the most difficult to unlock. First you will need to save all four Heirs. As mentioned above, after collecting all the vestiges in the relevant maps and restoring the various memories, you will have to face the various bosses. Once you have defeated and lived the memory you will have to later interact with the statue restoring the memory of the revived. This will save them, but that's not all you need to unlock the latest ending.


In fact, to do so you will also have to find all the remains of Eos for me. To do this you will have to return out of the crypt of each Heir after defeating them and you will find 4 of the vestiges. The others will instead be scattered here and there in the final area, the Provisional Government Center. Repair these vestiges too and once you've defeated the final boss, enjoy the last cutscene of the game. 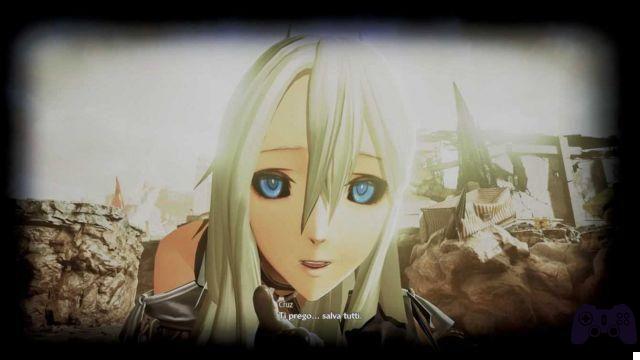 For this guide on how to unlock the various endings of Code Vein that's all. Before leaving, however, I leave you with some advice. To unlock all three endings, which will give you an award or a trophy depending on your platform, you will need complete the game 3 times. If you are in a hurry to finish it as soon as possible and are eager to see the various cutscenes, I recommend you repeat the adventure each time with the same difficulty. In this way progress will be much easier and you will quickly reach the end of the adventure.

In order not to miss further guides on Code Vein and beyond, continue to follow the pages of Holygamerz!

Fortnite: drive a car from Corso Commercio to Parco Pacifico

The Walkthrough of Inazuma Eleven 2: Snowstorm

The complete solution from Mario and Luigi: Partners in Time

Ghost of Tsushima: where to find all bamboo breakers

Add a comment from Code Vein: how to unlock all possible endings