Passionate friends of Brawl Stars, today we are here to offer you 10 of our advanced tricks and tactics to win and become the best brawlers around

Brawl Stars, the latest game by Supercell, software house creator of Clash of Clans and Clash Royale, has already landed on the mobile stores of Android and iOS. Having enjoyed enormous success among the "mobile gamers”And not, we have decided to make you true champions of the game with our tricks and our 10 advanced tactics to win. Are you ready to become Brawlers faster than the West?

Without further ado, here we are ready to go with our tactics to make you real aces in the most played cartoon isometric shooting on mobile. Load up your weapons and get ready. Are you there? Let's go!

When you find yourself hiding behind cover, try to get out quickly and then take refuge around the corner again. Often the other players will shoot to try to hit you, and if you are quick enough you will make them waste ammo. This way you can surprise them while they reload, or you can heal yourself to deal with them later with more energy. 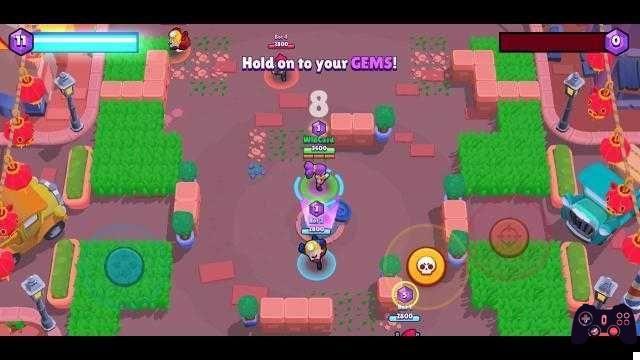 Shooting while backing up is a good tactic for hit opponents at the same time avoid the bullets of the enemies. Generally the opponent will tend to come towards you, and will end up taking your hits. Although some brawlers have a definite advantage (or disadvantage) in some cases, this technique can be useful for overturn the fate of the clash. 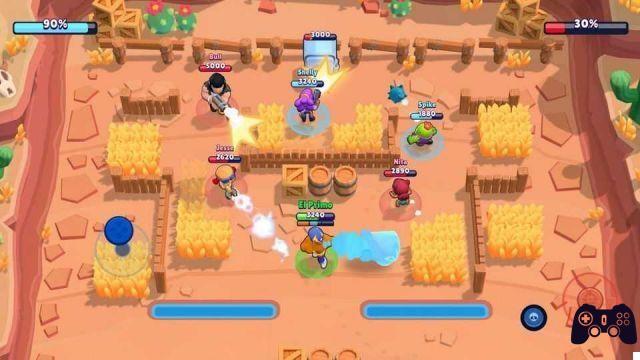 This advice applies to brawlers like Colt, Leon and all those who fire volleys of shots. There "dance" it is an important tactic that will serve to optimize the damage inflicted on opponents, and at the same time suffer less of it. This strategy consists in following the movements of the opponents in order to exploit it both for hit opponents, that for push them towards a specific direction. 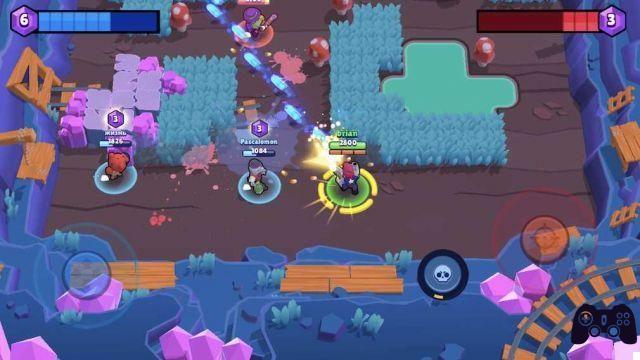 Hey, I saw you! - Brawl Stars: 10 advanced tricks and tactics to win

For brawlers who attack quickly, such as granddaughter jesse, peeking around a corner is a very effective way to deal damage without suffering. This tactic is similar to the first: lean around a corner, fire a couple of shots and take refuge around the corner again. before may the enemy strike you. By mastering this technique, you can inflict a lot of damage on your opponents, catching them by surprise. 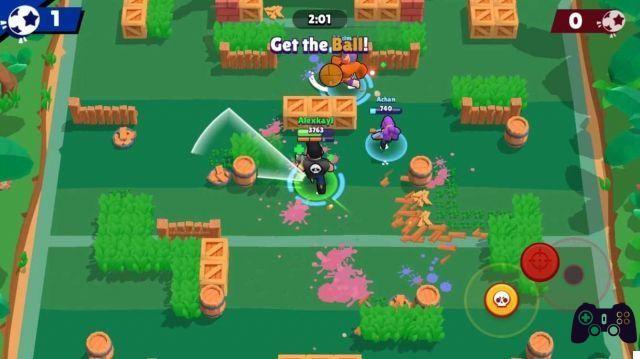 The best way to ward off or repel an enemy is to do the “poke”, which is to constantly deal small amounts of damage to him to force him to back away to regain health. This technique can turn out tactically smart and useful for the team, which will be able to recover life or reload ammunition without being disturbed by the opponents. 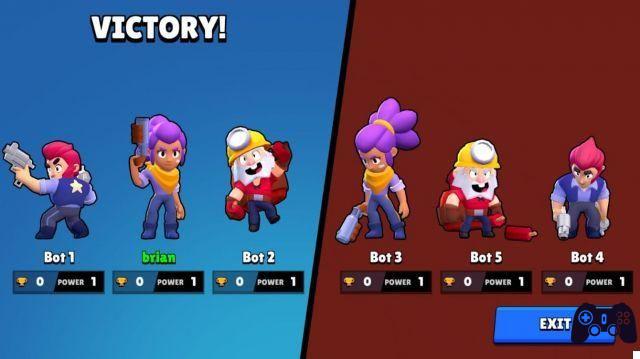 How the hell are they? - Brawl Stars: 10 advanced tricks and tactics to win

In the most excited and demanding games it is fundamental the importance of resorting to numerical superiority whenever possible. Try to put an opponent with back to the wall, or to shoot it simultaneously from multiple directions with crossfire. It goes without saying that this tactic relies heavily on teamwork. Use this technique to knock out opponents one at a time and then reach the goal. 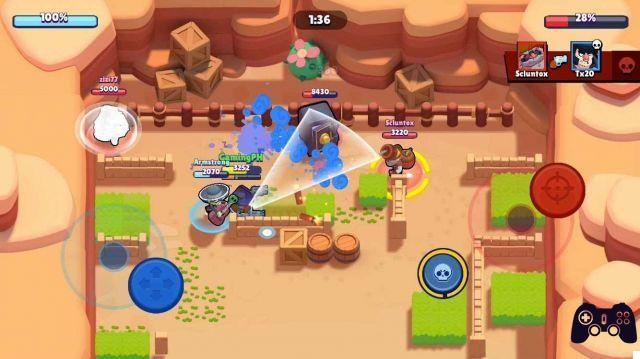 In matches 3 3 in you can try to crush your opponents towards their spawn area in order to control the rest of the game map. Here too the teamwork will be of fundamental importance for the success of the tactic. It goes without saying that this strategy it's dangerous as at the slightest mistake by a teammate the team could end up annihilated, losing dominance. At the same time, however. it's a great way to put psychological pressure to opponents. 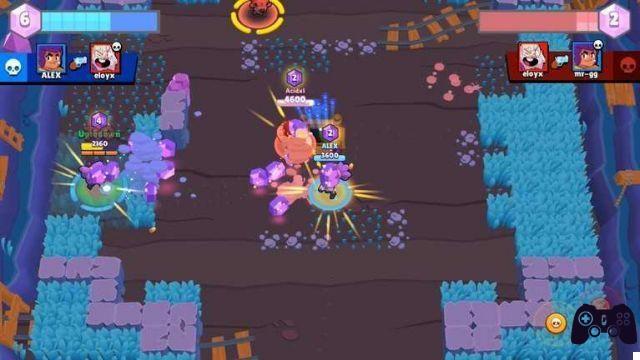 I Attract It And You Stare It - Brawl Stars: 10 Advanced Tricks And Tactics To Win

An ambush, every now and then, is a great way to unlock the stall and allow you to apply one of the tactics seen above. For example, attracting an opponent towards a bush where one of your team mates is hidden, you can take him out and then encircle or concentrate the fire on the other two. Pretending you want to escape from the fight, you just have to cross your fingers and hope that your opponent will follow you and then take him by surprise. 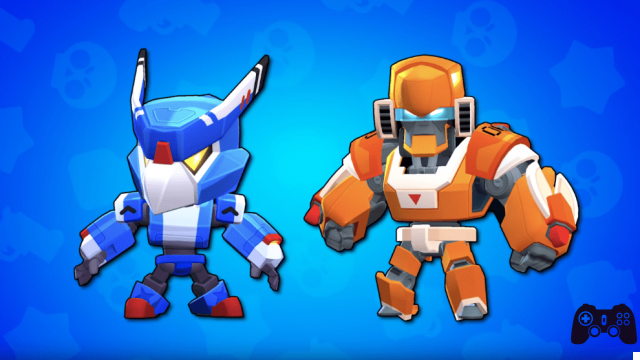 Even without planning an ambush, i bushes I can be very useful to surprise and overwhelm your opponents. If the enemy team finds your position, you will need to reorganize to force them to retreat or hold back somehow. If, on the other hand, you notice that the opposing team is distracted or poorly organized, this tactic can be essential for catch them off guard and lead you to victory. 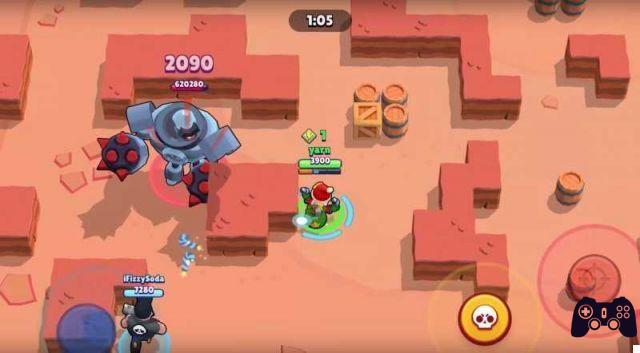 If you want to approach the game with one more brawler quick or maybe melee, you will need to learn a dodge the shots. To do this, you will have to learn to move in a manner unpredictable on the battlefield, for example by moving in a zigzag or making sudden changes of direction. Since the most difficult opponents will tend to adopt this strategy, learn to read their movements in turn, trying to anticipate them.

Then? Have you learned to sting like a bee?

Now, dear brawler friends, you just have to put our tips into practice and get a lot of exercise. By following our advanced tactics to win, you will have a good chance of becoming the best players of Brawl Stars on the square. In the meantime, we invite you to stay tuned to Holygamerz for more guides, news and updates from the world of video games and much more. Bye!

Brawl Stars: Here are the best characters to get started ❯

Project CARS 3: the complete list of all the cars in the game

Tony Hawk's Pro Skater 1 + 2: here is the position of all the gaps

Tales of Arise: how to change characters

Add a comment from Brawl Stars: 10 advanced tricks and tactics to win