If you are one of those gamers who never manage to finish a title that is too long due to lack of time, this guide on the 15 best short-lived video games is for you

It cannot be denied that video games are often far too long. From this point of view, short-lived games are the best alternative for those short on time. After all, some RPGs take more than 50 hours just to complete the main storyline, without considering the endless list of side missions, the endless hunt for collectibles, and all the runs needed to unleash that final trophy or alternate ending. These games of short durationon the contrary, they respect our times and do not waste our time with cut-scenes, very long fillers and endless loading screens.

Below we have prepared a guide on best games which can be completed  in a single session, be it one hour or six (and don't deny that you've never played for more than six hours straight). And don't expect a boring list of unknown and poorly crafted indies; on the contrary, here you can find action titles, iconic platformers, critiques of modern society and even a giant trash-eating chasm.

The game in a nutshell: an interactive walking simulator in which we will have to investigate the mysterious disappearances of the members of the Finch family.

While short-lived, What Remains of Edith Finch features one depth and richness of emotions which are more striking than many other longer-running titles that were released in 2017. The Giant Sparrow development team has created a series of "cartoons" similar to an anthology of short stories, in which each episode differs in the variety of gameplay, but all the chapters treat with affection topics such as childhood, family and friendship, touching the heart more than once and letting even the less tender escape a few tears. In addition, the title is the winner of the BAFTAs of 2018.

The game in a nutshell: a video game storytelling parody + a guy named Stanley. 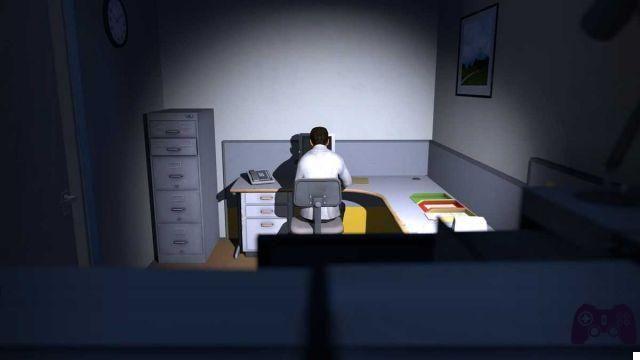 This title, developed by Galactic Cafe for PC initially in the form of a mod for Half-Life 2, explore the nature of the video game itself. While it may seem challenging and uninspiring, anyone who has played it has loved the satirical vein with which the game breaks the fourth wall. It is an annoyingly clever and witty game, which makes important judgments regarding life, the universe and many other noteworthy topics.

The game in a nutshell: An interactive first-person video game with puzzle elements and a dramatic component. 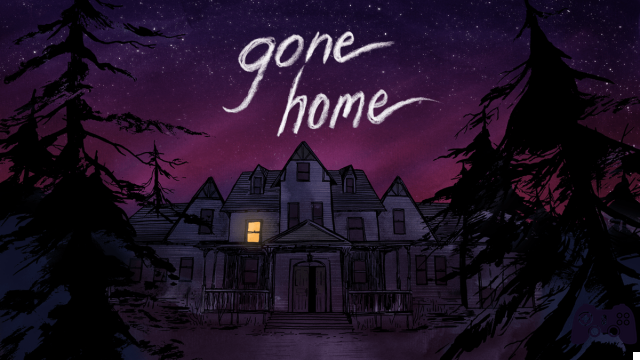 June 7, 1995. 1:15 am. You come home after traveling abroad for a year. You expect the family to welcome you, but the house is empty. Where is everybody? And what happened? Accompany a young woman in search of loved ones in a story that develops in rich details and the difficulties that a family encounters in managing uncertainty, worries and changes have been eliminated, accompanying the players with a intense story, exciting and profound.

The game in a nutshell: A puzzle adventure where you have to work your way up by painting. 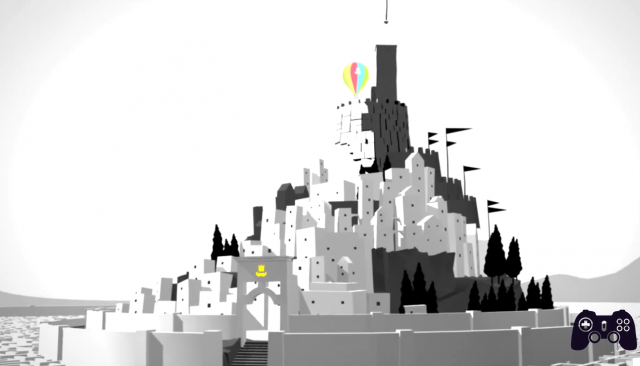 Accompany a young orphan named Monroe in a harsh, beautiful and utterly unforgettable world. Led by an escaped swan, this strange kingdom is populated by bizarre creatures. Begin your extraordinary adventure in a completely white space and sprinkle ink on the environment to reveal the enchanted world that surrounds you.

The game in a nutshell: captivating indie platformer that tells the journey to the moon of BUD, a funny but wacky robot. 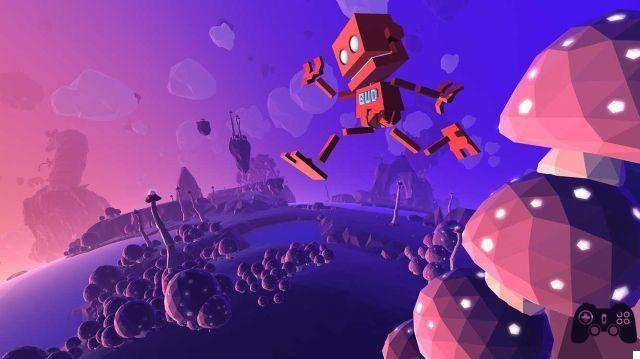 Accept the challenge: walk, fly, roll, bounce and ride in one wonderful adventure on an unknown planet!

During an exploration of the galaxy, BUD's spaceship, the MOM, falls apart. That's right: MOM is everywhere. The positioning of that moon was reckless: now the parts of the spaceship are scattered on a alien planet so rich in flora and fauna to make even the best galactic gardener turn the head.

The game in a nutshell: a puzzle adventure with surreal tones in which it is possible to impersonate a strange red dot with your legs. 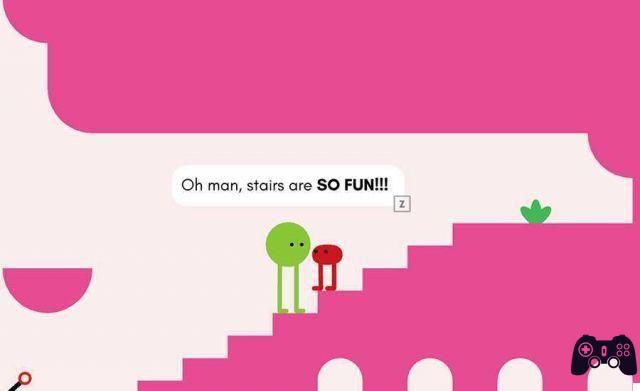 Pikuniku is an exploratory adventure with puzzles absurdly wonderful, set in a world where not everything is as idyllic as it seems. Help unique characters solve their problems and unleash a cheerful little revolution in this enchanting dystopian world!

The game in a nutshell: a mystical underwater exploration. 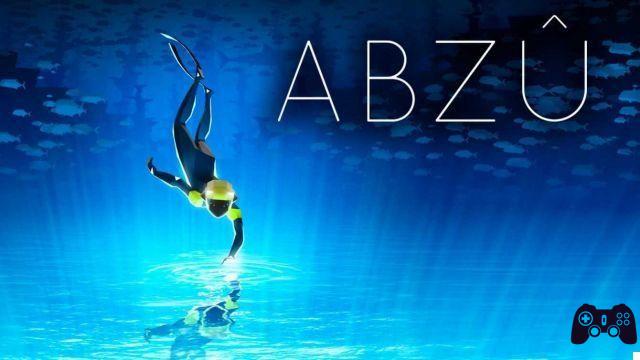 Abzû is a beautiful underwater adventure that evokes the dream of scuba diving in a mysterious world awash with color and life. Venture at your own risk into the ocean depths, but be careful, because the further you get from the surface, the more dangers you will find at the bottom of the ocean. Dive in underwater paradises and fantastic settings both from the point of view of aesthetics and for the immersion of the gameplay.

The game in a nutshell: A single player first person mystery game set in the wilds of Wyoming. 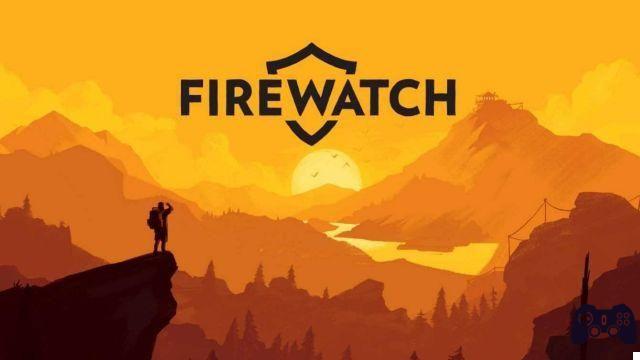 It's the year 1989. You are a man named Henry who gave up a messed up life to work as a forester in wild Wyoming. Perched on the top of a mountain, you are in charge of sighting smoke and protecting nature wild. But when something strange drags you out of the watchtower and into that world, you will find yourself exploring the wild and unknown surrounding environment, having to face questions and do choices that could build or destroy the only meaningful relationship you have left.

The game in a nutshell: Alone and scared, a boy finds himself in spite of himself at the center of a dark project. 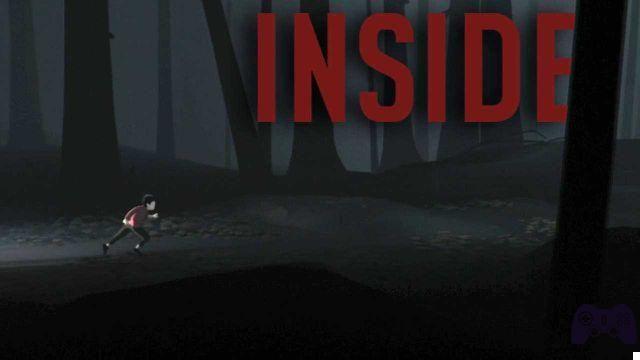 A 2D platformer so enigmatic and intriguing that it will captivate you to the point of thinking about it months after completing it. It's hard to tell what Inside's exact themes are. Industrialization? Criticism of society? Check? In any case, the game is capable of capturing people with its own symbols and meanings, and once you have deciphered the hidden message, you understand that you have a small masterpiece in front of you.

The game in a nutshell: A first person shooter where time only moves when you do. 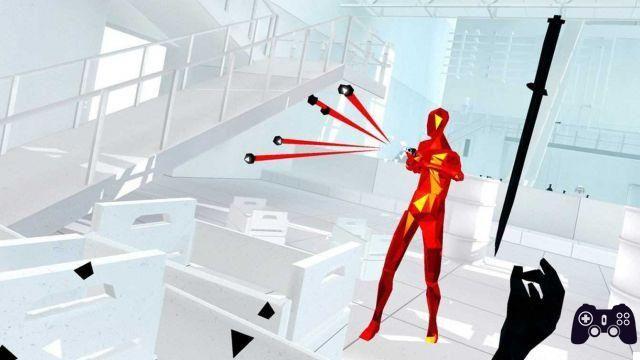 Superhot is the first person shooter that blurs the line between cautious strategy and unbridled slaughter, in which time only moves when you do. No regenerating health bars. No ammunition placed where it is needed. There is only you, outnumbered, grabbing the fallen enemy weapons to shoot, cut and move through a hurricane of bullets in slow motion.​

The game in a nutshell: Snake is back, ready to infiltrate a base in Cuba to save his friends. 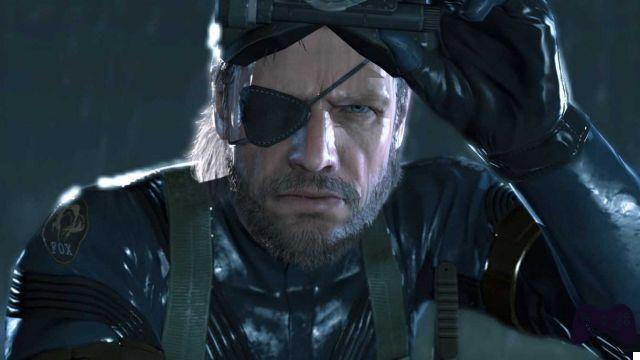 When it came out, Ground Zero created quite a stir among fans of the series, who judged the selling price to be excessive for what was essentially a beta released ahead of The Phantom Pain. Despite the length of the game being one of its biggest criticisms, the title has received positive reviews and is perfect for introduce the series and its mechanics to those who have never played the various chapters.

The game in a nutshell: an incredible journey through a glittering desert. 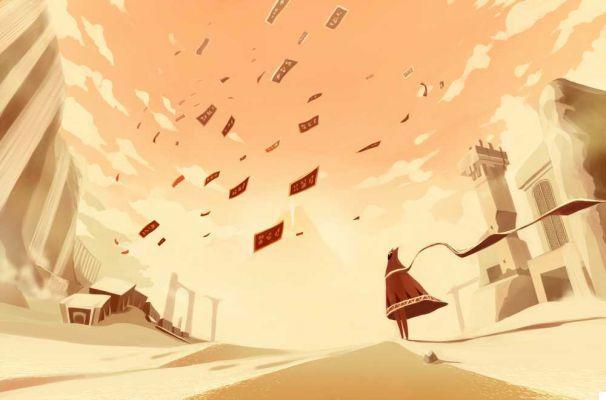 Explore vast deserts and primitive ruins on an exciting mission in search of the lost secrets of a forgotten civilization. Live the weight of each step by guiding your own nomade nameless in an exciting quest for wastelands and wilds in order to reach the summit of one forbidden mountain on the horizon. Struggling with strong winds and scorching heat, you resort to an ancient magic to sail the skies and discover a mysterious world, alone or together with a stranger encountered along the way.

The game in a nutshell: a sliding platformer with disturbing and surreal tones. 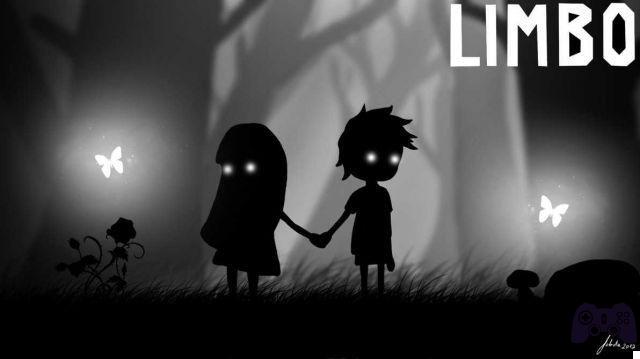 Older brother of Inside (which we talked about above), Limbo is a 2D platformer that manages to capture thanks to its oppressive and gloomy atmosphere and the total lack of sound. During the game we will not hear any kind of music or sound effects except the sound of a small child who ventures into Limbo in search of his sister. Limbo is a small masterpiece, a videogame adventure that leaves its mark.

The game in a nutshell: A split screen cooperative game. Yes, you will need another human to complete this title, be it online or sitting on your couch. 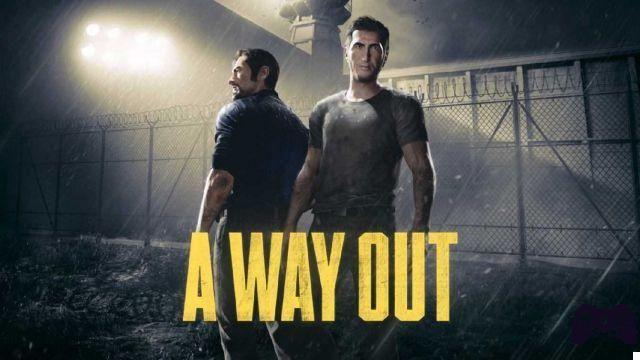 A Way Out is the title that takes the longest to complete in this guide, but it is worth spending an evening with a friend to enjoy the adventure. A Way Out uses the split screen like no other title, playing with a visual that is usually nothing more than a nuisance or a necessary evil to cope with local multiplayer. The two players will play as two brothers, Vincent and Leo, in escape from prison and face their thousand adventures. Escape is nothing more than a series of puzzles and well made minigames, while the plot manages to touch and move whoever is watching it.

Last tip: make sure your buddy has no problems enduring long gaming sessions, and stay hydrated!

The game in a nutshell: a raccoon has taken over the city through a giant, remote-controlled trash-gulping hole. Seriously. 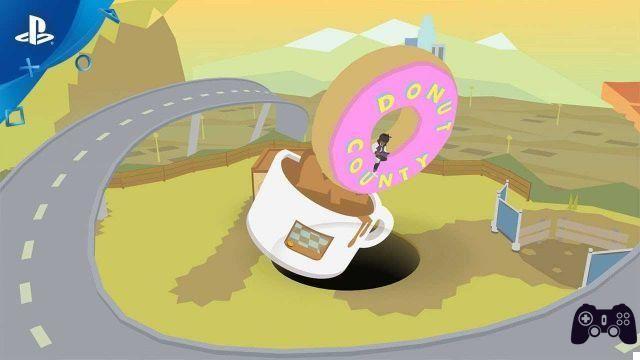 If we have not been able to convince you only with the description, let us explain better what the game consists of: two hours of cute characters, cute animals, humor typical of millennials and the satisfaction of being able to swallow a whole city. Donut County isn't exactly the liveliest or most inspiring town to visit, but be a one raccoon that devours any being, objects and junk, is more satisfying than it sounds, and Ben Esposito's humorous writing is nothing short of genius. The more educated might also appreciate the criticism of society and the new generations, but Donut Conty does his job even alone.

The game in brief: a spy fresh from the espionage academy faces the saddest of realities: no one can escape office work. 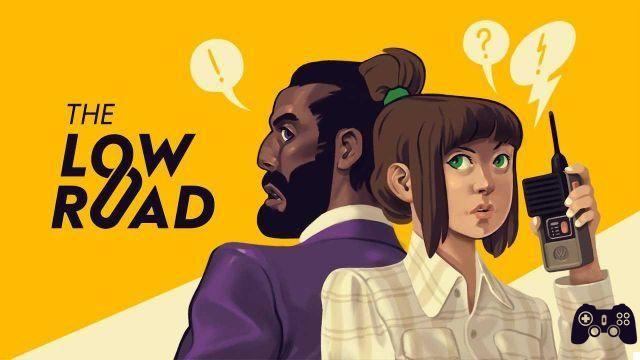 Noomi Kovacs he can't wait to jump into action, defuse bombs and sabotage evil criminal organizations. Unfortunately life as a secret agent nowadays does not hold up to his expectations, and our newbie ends up working for an auto company. Determined not to spend her career filling out paperwork, Noomi manages to obtain permission to work in the field and will find herself in something more complex than she could have hoped for. The Low Road is a point and click adventure which adds humor and sarcasm to a usually very dark genre.

The game in brief: an interactive film in which we should discover our detective skills. 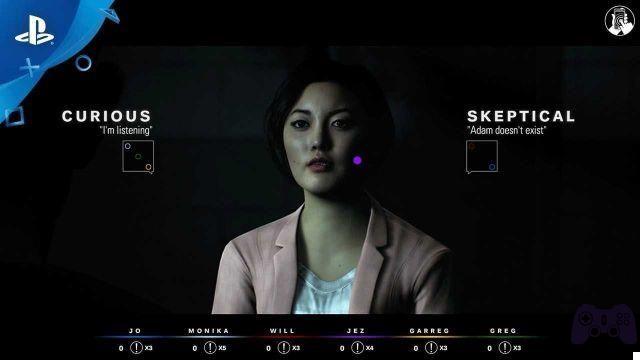 Perfect for spending an evening with friends (but also playable alone), Hidden Agenda is a investigative adventure by the Supermassive Games. Players will have to hunt down to find the notorious criminal "Trapper". Using the smartphone or tablet as a controller, players will have to carry out interrogations, examine evidence or receive private messages and secret objectives to solve the mystery or challenge opponents. Can we really trust friends or will they be ready to obstruct justice?

We close with Last Day of June

The game in a nutshell: a moving interactive adventure with a strong artistic value 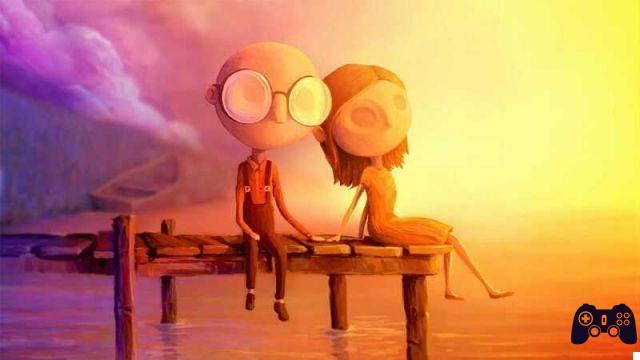 Made by the Ovosonico team, Last Day of June catapults us into the tender love story of Carl and June. In a short time, however, we realize that things cannot always go for the best, and a quiet day on the lake turns into a tragedy. What would you be willing to sacrifice to save the one you love?

Have fun in pills!

A lot of fun concentrated in a short time! You just have to choose where to start. To buy video games at a discounted price, go to Instant Gaming and take a look at all the offers in the catalog!