When it comes to consoles that have made history in retro gaming, there's always room for the good old Nintendo 64, father of some of the best games ever.

After the colossal success of the SNES, the Nintendo 64 has seen fit to make the jaw drop of the many fans around the world thanks to a careful selection of games (still considered among the best ever as well as retrogaming), to the captivating look and, above all, to the three dimensions. As soon as we saw, by chance, the good Mario darting in all directions, people literally went crazy and the sales of the console skyrocketed! But stop the chatter and then take a brief look at these never forgotten videogame glories.

A controller not quite up to it: 3D and 3 tips

Unfortunately, if there is one thing that all owners of that console remember well it is the controller made in the shape of a trident, or claw according to some TV commercials, it was certainly not the most comfortable ever. In any case, it always occupies a place in the hearts of the loyal ones as opposed to some titles. Exactly, even on the “Nintendone” some titles were not exactly successful. A few names? It's easy to say! Castlevania 64 e Killer Instinct 2 they were excellent premises, but the development was by no means the best so that you could breathe a certain air of woodiness. Unspeakable horrors were instead committed for Superman 64 and, in particular, the ominous level of the rings suspended in the air.

Although the console should have even hosted Final Fantasy VII, an idea that was then discarded also because it would have taken more than ten cartridges, this was the home of great beginnings such as Mario Party or Mario Golf, but also several conversions. Among these, the first two that come to mind are Turok, for lovers of the genre we also recommend Dino Crisis, or Toy Story 2: Buzz Lightyear to the Rescue, but we know that even for this console the list would be very long so we hope that you will forgive some absence. In any case, we remind you that some of these titles were made available, and adapted, also for the 3DS, have you tried them? Let us know! 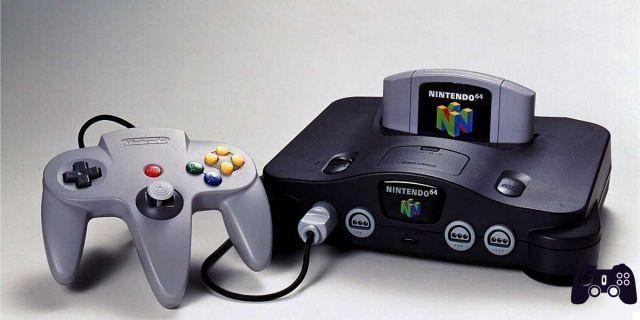 Among the titles sold in bundles with the console, Super Mario 64 is one of the best known of all time even among the "non-experts". Here our moustached plumber runs, jumps, defeats enemies and explores for the first time a three-dimensional world that becomes even more unique thanks to the levels to be replayed to collect all the stars. A authentic diamond which still shines today thanks to the hat trick on Switch! 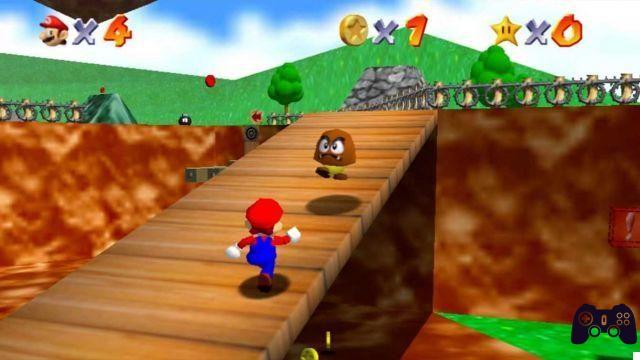 The Legend of Zelda: Ocarina of Time - Best Nintendo 64 games: retrogaming and 3D

Raise your hand if you have never heard of it or have not played it at least once in your life. A timeless classic that certainly needs no introduction, but which, together with Super Mario, has gone on to define a vast series of games that are now iconic. Note then theuse of the Target Lock via the Z button, a mechanic that we can still see in more modern games such as Assassin's Creed. So when you engage an enemy, rethink the good Link and the innovations he was the advocate of! 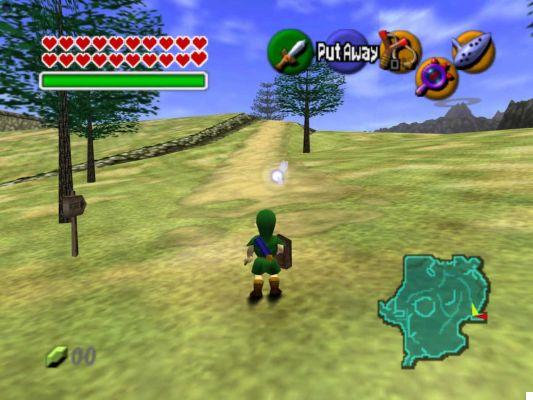 A much darker and darker title than the previous one, and to all the others, where the good Link finds himself catapulted into world of Termina threatened by a huge moon ready to crash to the ground. Here he will have to rewind time, the story lasts three days, and use the masks of the many creatures to change his appearance and continue his dark adventure. 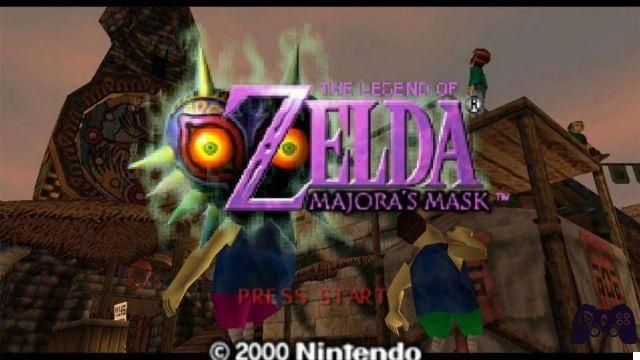 Gargantuan title signed by a inspired Rareware where, a dynamic duo formed by a bear and a bird, will have to free the little Tooty kidnapped by the evil witch Gruntilda. A game whose levels, like Super Mario 64 even if the central hub is not a castle here, must be replayed several times to explore the new areas reachable thanks to the skills and powers obtained in the course of the games. Don't miss the followed Banjo - Tooie and leave out everything else! 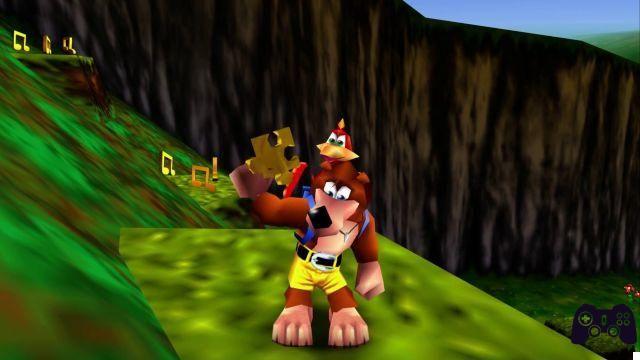 3D change of course also for our dear old Donkey Kong who, after his past on the cabinets and the series of adventures on the Super Nintendo Entertainment System, will have to face King K. Rool again to save his kidnapped friends and also recover the many stolen bananas. It should also be remembered that this was the first game to be sold together with theExpansion Pack to increase console memory. 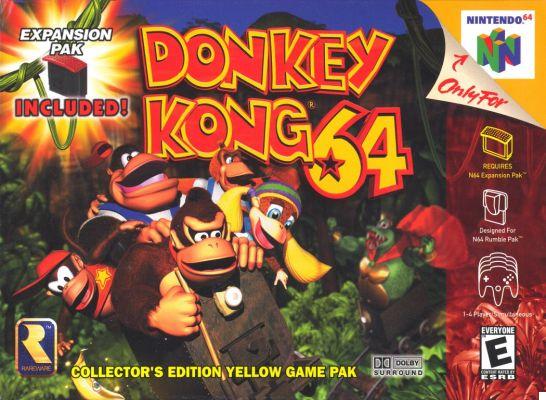 First spin off of the famous Country series, here the protagonist, like Donkey Kong Country 2: Diddy's Kong Quest, is little Diddy and his nice friends. Unfortunately, the quiet on the island is undermined by the evil Wizpig wizard and it will be necessary to restore peace to the sound of competitions by air, land and sea. In the series, there are not only Mario Kart or the many driving games, on this game machine. 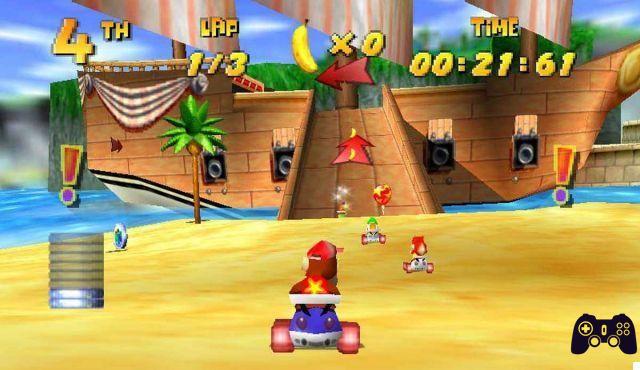 You know those beautiful pucciose stories full of cute little animals that dance, sing and live all together passionately? Well, forget all of them because this title was even an 18+ with swear words, sexual references, a lot of violence, Nazis, alcohol, film references and a very healthy dose of madness. The protagonist is the cute Conker squirrel who will tell us, through a flashback, how he became the ruler of everything, but at what price! Too bad for the sequels that did not do justice to this delusional protagonist. 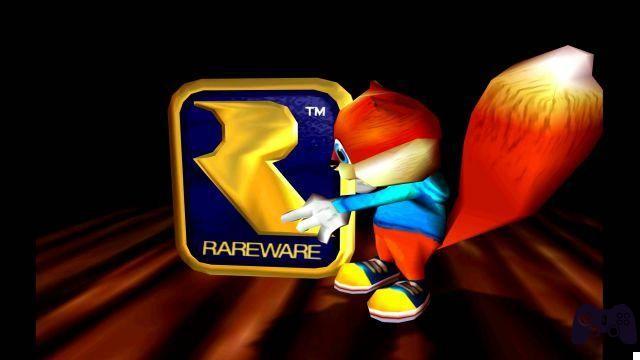 Do you want a debut with a bang for one of the most adored fighting games even by "non-professionals"? Well, here it is! The progenitor of the saga that here, due to some technical limitations and the bet made with its development, arrives in a rather light version. The playable characters, in fact, are only twelve, but it was just the beginning of something bigger. 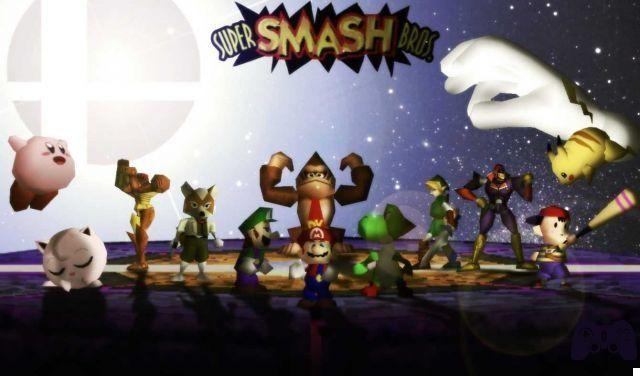 Vaporwave-style music, six stranger characters to choose from, related vehicles out of the ordinary and even challenges that expertly mix skill and humor for this group of pilots. And if you like the flight simulators, seasoned with the right Nintendo sauce, then don't miss the legendary one Star Fox 64 or the fantastic Star Wars: Rogue Squadron where you will relive the most beautiful battles of the saga created by George Lucas. 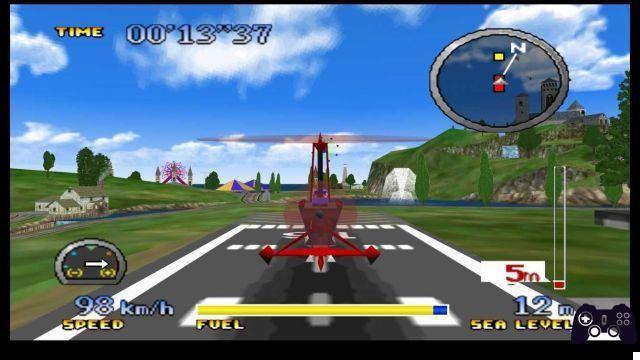 Did someone say Star Wars a few lines ago? Absolutely yes, so why not expand your knowledge of those fantastic tales with the exploits of the smuggler Dash rendar. Among the best-selling games for this console in the 1997, the title will immerse us inexpanded Star Wars universe and will allow us to meet old acquaintances like Boba Fett or epic battles like sul planet Hoth. 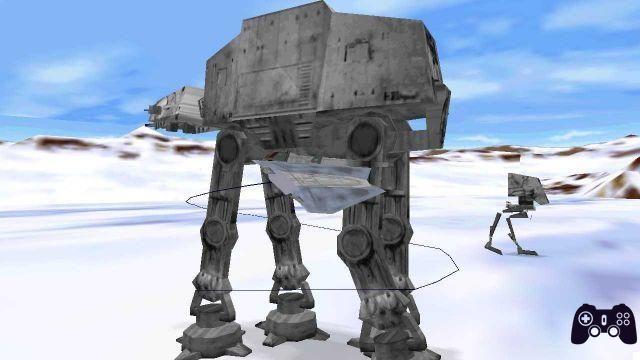 Could the console version of the kart game starring the mustachioed plumber be missing? Absolutely not! Sure, even in this case the characters and vehicles had limitations, but at least there won't be that headache feeling given by the SNES chapter. Perhaps aged a little bit tricky, but it still remains one milestone of the kind that greatly influenced the way of conceiving the following chapters. 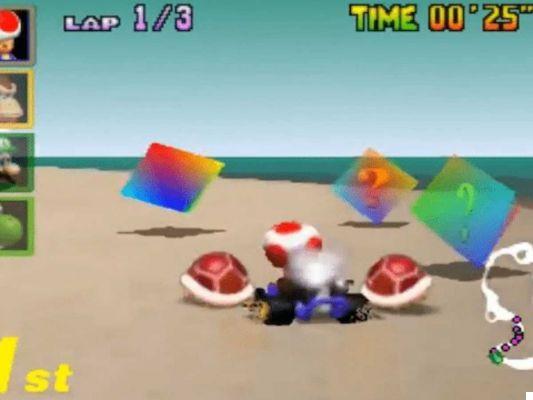 Il first 3D game of the curious hero with no arms and legs was as explosive as the cannon fire fired by the captain's pirate crew robot Razorbeard, here is the main antagonist, and has taken the platforming to a whole other level. Intense, full of secrets, exciting, inevitable, in short, must be tried absolutely! 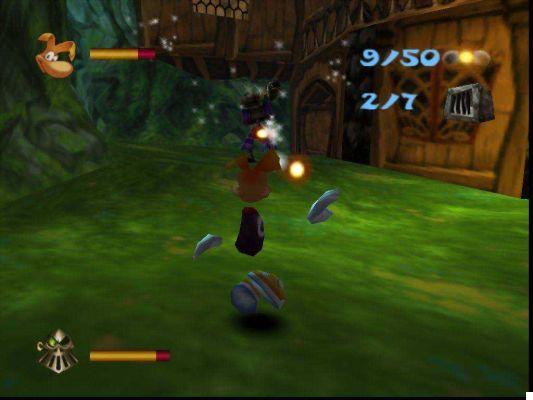 We had already talked about Pokémon Snap, also because it came out there version for Switchbut here there is no time to take pictures since there will be a fight to earn medals and beat other coaches. Definitely expanded version of the battles for the Game Boy chapters, complete with mini games and commentators of the match, here you can choose from the first 40 Pokémon. Obviously a sequel was also made, Pokémon Stadium 2, which has been even more successful. 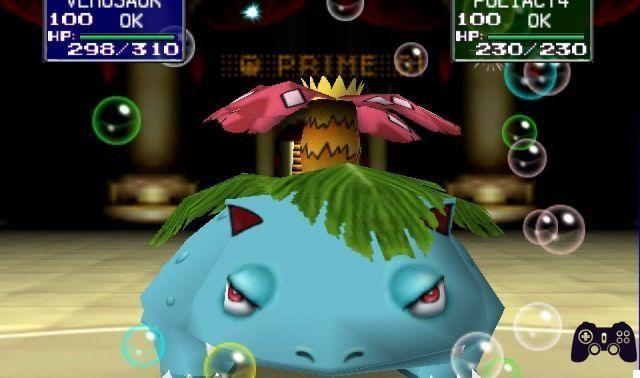 You thought his role was "confined" only to Yoshi's Island or at the end of Super Mario 64? But no! Sure, the story is very similar to the one seen on SNES, but this time around, there won't be any Baby Mario's around. Unfortunately there are Baby Bowser and Kamek who have taken the Super Happy Tree and it will be up to a handful of Yoshi go and get it back in this pastel and engaging platformer. 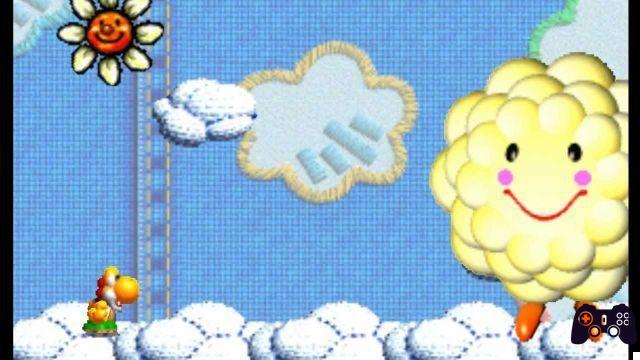 Even mentioned in an episode of Griffin, this title based on1995 film of the same name it is a real must for all shooter lovers in general. Just think that, by connecting four controllers, it was even possible to challenge each other in a series of exciting deathmatches. Not bad for the time! And then, you want to put it, impersonating the legendary James Bond is always an honor as well as a pleasure. 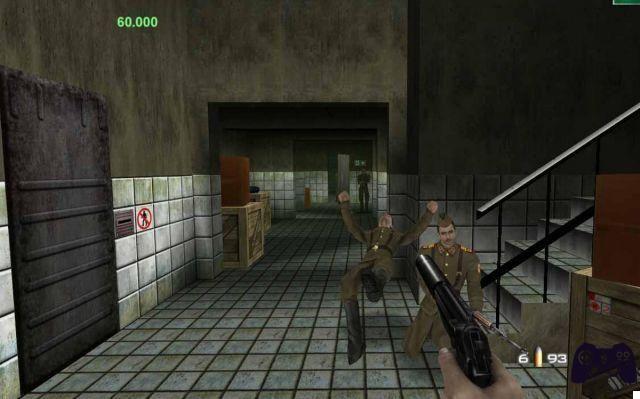 It's strange to see the pink ball of the Big N in three dimensions, real? Yet it is so! Of course the fans of the series are more tied to the old chapters or to those that resume the era of 8 and 16 bits, but we can assure you that even this adventure of the very nice Kirby has nothing to envy to the other previous ones. Seeing is believing! 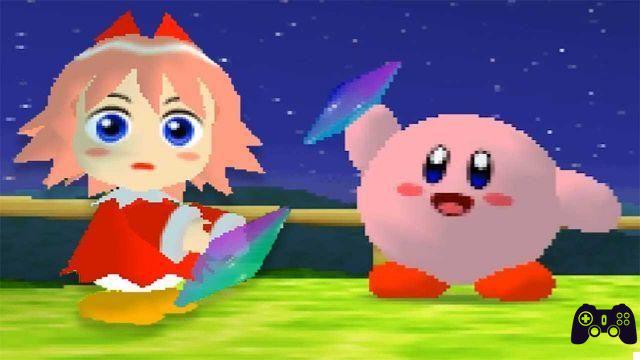 And also for this time we have come to the conclusion of this micro roundup of games that we can safely consider among the best titles released for the Nintendo 64 and that remain in the heart of every retrogaming enthusiast. Indeed, it is precisely for this reason that everyone continues to hope for a mini version also for this console after the experiments with NES and SNES. It would be now too! Of course some of these were also adapted for the Nintendo 3DS, like Super Mario or Zelda to name a couple, but seeing these huge polygons is always a wonderful pleasure.

Be that as it may, if you also want to recover the oldest chapters of the major videogame sagas at the best price ever, then click here, while, to stay up to date on everything that happens in the world of video games of yesterday and today, we are always waiting for you here on Holygamerz!

Add a comment from Best Nintendo 64 games: retrogaming and 3D