In this guide we will see how to play with two (or more) players, both online and locally, through the worlds of Super Mario Maker 2, so let's get started right away

Among the best additions featured in Super Mario Maker 2 we have the co-op mode and multiplayer. The first will allow us to play with a friend of ours locally, while the second will allow us to create worlds with our friend, co-operate with him or compete with other players online. Although these features are available from the start, playing with two through co-op, or online, is not so intuitive; let's see together how to do it, step by step! 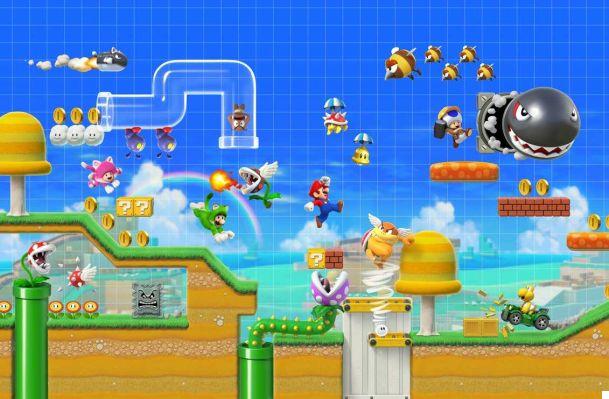 Super Mario Maker 2: How to Play Local and Online Multiplayer

In this guide we will see how to play locally with a friend of ours, how to compete in online multiplayer and how to collaborate with one of our mates for the creation of levels.

How to play locally with a friend

Trying to play Super Mario Maker 2 with a friend of yours, but only have one Nintendo Switch? Good, start by downloading all the worlds in which you would like to co-operate then go to the menu Coursebot and select "Levels from the world“, Choosing the world you want to play in. Then, hover the cursor over the layer and click "Play together". Of course, you will be able to collaborate both in the downloaded levels and in those made by you.

If you want to play against other players online, the method is more intuitive. In fact, just open "Levels from the world"And select"Game on the Net“, To then decide whether to play against players from all over the world or from a specific geographical area. To play with your friends, however, it is enough create a room and then let them participate from their respective consoles.

Unfortunately you can't just invite them teammates in a lobby to play together, unless they are physically close to your console. Nintendo has promised it will add this functionality in the future. We remind you that to play online multiplayer you must be a subscriber to Nintendo Switch Online.

How to co-operate with a friend in the editor

In Super Mario Maker 2 you can team up with your friends to create levels. To do this, just go to the "Create a Level"And click on the icon at the bottom left, represented by two "men": one red and one green. This will unlock the co-op creation functionality.

Super Mario Maker 2: How to Play Local and Online Multiplayer

This guide on Super Mario Maker 2 is coming to an end, we hope you have been useful. Speaking of Nintendo Switch, the Lite version was announced today, to read the details click here.

For other guides on this and many other videogames, keep following Holygamerz!

add a comment of Super Mario Maker 2: how to play in two, online or locally