When you start a day level, a split second before Sonic says "Go", press CIRCLE, so you have an extra turbo in the bar. If you press CIRCLE at the same time Sonic says "Go", you will have a very fast start, but no additional turbo. Finally, if you try to accelerate several times before the "Go", Sonic will lose a few seconds at the start.

When Sonic counts down to the start of the level, move the Wiimote after he says "1", but before the "0", so he'll have a super fast start!

Collect all Arts, Music, Movies and Secret Documents (except for movie # 36) to unlock the final Adabat mission

Final mission
Collect all secret items except for Movie 36

Walk through the walls
If you hit a wall or door quickly, press X, Y, Y to perform a combo, followed by shield protection and you can go through walls! 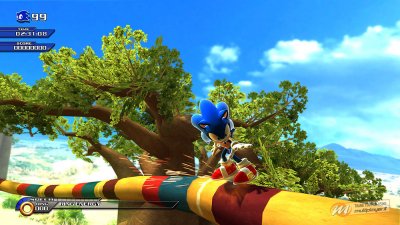 Call of Duty: Modern Warfare, how to get lucky charms

WarioWare: Get it Together, how to level up characters

Deltarune Chapter 2: How to Beat All Bosses