Siri not working on Apple TV? 9 ways to solve 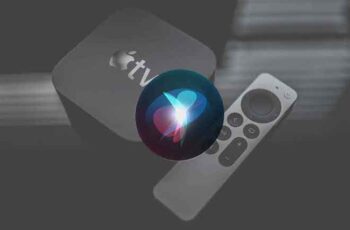 There is a lot you can do with Siri on Apple's streaming devices. Likewise, there are many things you can't do if Siri isn't working on your Apple TV. The article will show what to do when Siri fails to recognize or respond to voice commands on Apple TV.

How to update apps on Apple TV

Try the troubleshooting steps below if Siri isn't working and doesn't respond to voice commands when you hold down the Siri button.

First things first: make sure Siri is enabled on your device. Virtual Assistant is not enabled by default on Apple TV. You must manually activate Siri when setting up your Apple TV or from the tvOS settings menu.


Turn off Siri and turn it back on if the virtual assistant doesn't work despite being turned on. If Siri is disabled, it's because your Apple ID or iTunes account is set to an unsupported country. Then, move on to method No. 5 to learn how to reset Siri on your Apple TV.

Siri may not respond to voice commands if your spoken language does not match the language in Siri settings. Go to tvOS settings and configure Siri to recognize the language you speak.

You will find several variations of English on the page. Select the variant you speak fluently or the one commonly spoken in your region.

Siri Dictation allows you to dictate texts in search boxes and text entry fields using your voice. It is much faster than entering text using the on-screen keyboard. If Siri dictation doesn't work when you press and hold the microphone button on the Apple TV Remote, turn on system-wide dictation in the keyboard settings.

The Siri remote may not work properly if the battery is low or dead. Check the remote control's battery level and make sure it contains at least 50% charge.


5. Change the country of your Apple ID

Siri on Apple TV is not supported in all countries and regions. Currently, the virtual assistant is only available on Apple TV HD and Apple TV 4K linked to an Apple ID or iTunes account in the following countries:

You cannot activate or use Siri on Apple TV if your account region is set outside of these countries.

Final report: you must cancel all active Apple subscriptions before you can transfer your Apple ID to another country.


If you have a Mac laptop and desktop, you can change your Apple ID country from the App Store.

The problem with Siri not working could be due to a temporary system malfunction. Restarting your Apple TV will update the operating system and hopefully make Siri work again. It is also recommended to restart the device after changing the Apple ID country.

Better yet, unplug the Apple TV from the power source, wait 6-10 seconds, and plug it back in.

Installing the latest tvOS updates on your Apple TV will add new features and fix performance issues. TvOS 15, for example, has added new languages ​​for Siri in Hong Kong, Spain, India and Taiwan. Similarly, support for Siri (in the Apple TV and Apple TV apps) in South Korea was implemented with tvOS 15.1.1.

Go up Settings > System > Software update and select Update software to install any available updates for your Apple TV. This may just be the solution to the lack of response or the unavailability of Siri on your Apple TV.

Consider this troubleshooting step as a last resort if Siri still doesn't work after restarting and updating your Apple TV. If your Apple TV is connected to the Internet, it is best to update its software during the factory data reset process.

Go up Settings > System > Restore and select Restore on the confirmation page.

The problem here could be a faulty remote. While the Apple TV Siri Remote is sturdy, dropping it too often or submerging it in liquid will damage it. Also, Siri will not work if (one of) the two microphones in the Siri remote is faulty.

Your Siri remote is likely damaged if some (or all) of the buttons occasionally fail or don't work at all. You can buy a new Siri remote on the official Apple store.

Before purchasing a new Siri Remote, contact Apple Support or visit an Apple Authorized Service Center to have your Apple TV and Siri Remote examined for hardware damage or manufacturing defects.

add a comment of Siri not working on Apple TV? 9 ways to solve