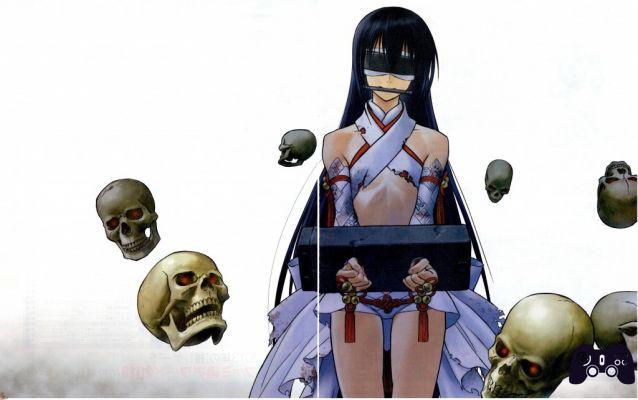 With the global diffusion of the video game among more and more people, it is nothing new that sequences of titles that in past years have never landed in the West, violently snack between a triple A release and another.
Fortunately, most of the time, the chapters are unrelated to each other and usable even by those who have never got their hands on their predecessors. It is the case of Conception II  e Akiba's Trip last year, and of Oreshika: Tainted Bloodlines last March 4th. A sequel to a PlayStation title released in 1999 in the land of the rising sun, the game is available exclusively for PlayStation Vita  digitally only and at a starting price of 19,99 €.

Tainted Bloodlines is set one hundred years after the events of the first Oreshika but, as already said, it does not continue the plot, nor does it mention its predecessor. The player is immediately made aware of the facts: for not being able to protect the five sacred treasures from Abe no Seimei, his own clan is banished from Kyoto, executed and cursed by Seimei himself twice. Resurrect thanks to the benevolent god Kitsuto and to the sacrifice of Nueko (which we'll talk about shortly), the player's clan will have to fight to regain their honor and recover the five sacred treasures from Seimei's dirty hands. Unfortunately due to two curses it will not be an easy task: the first causes a life expectancy of about two years and makes each member of the clan already an adult, while the second prevents having children with other non-cursed humans.


five different ways to meet any type of player

Fortunately for the second curse there are several ways to stem it, one above all by joining other gods or seeds of the like Kitsuto and giving birth to new members of the clan to train to defeat the evil one. Once the appearance and the name of the clan have been decided, the player is immediately catapulted into the game world, flanked by Kochin, a weasel able to take on a human aspect, and who will advise the clan on what to do month after month. Oreshika's plot unfolds over the months spent exploring dungeons and facing Seimei's Oni, while over time, the player will learn why Nueko sacrificed herself for the clan, why Kitsuto is there. helping and of the true intentions of the immortal adversary. 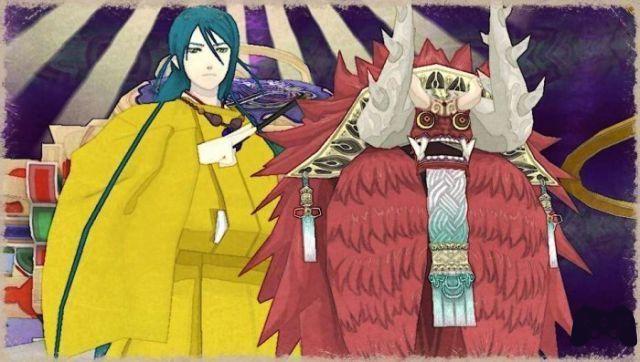 Alfa System has also included five different modes to meet any type of player: instead of the classic difficulties, the team has well thought of dividing the buyers according to the time they can devote to the game.

At the beginning of the game you can choose between five formulas to complete the adventure in different amounts of hours (always indicative): Keen, 30 hours, very fast game time passing, almost doubled experience, ideal for RPG lovers who don't have too much free time; Fortunate, similar in all respects to Keen, but the passage of time in the game is variable; Serious, fifty indicative hours, normal scrolling time, the mode recommended by the developers; Dedicated, seventy total hours for those who love long gaming sessions and finally fanatical, the mode that takes at least 100 hours and in which experience and money are sweaty with grinding and exploration.
It is possible to change the mode at any time, without affecting missions or clan members, in order to guarantee an excellent experience of the title to anyone: whether they are busy for work, or that there are other titles with which to alternate Oreshika.


Sons of the gods

Oreshika is a classic turn-based role-playing game, immediately after being resurrected, you can choose three of the nine classes present in the game, each with a specific attack range and a tactical contribution for the battles that will fill the following hours of game.
To unlock the other classes, discarded in the initial choice, you will need to obtain them during the fights, thanks to the drop system that we will analyze in the next paragraph.

An extreme vicious circle of fighting and death

The team is made up of four elements and the player will have to keep an eye on the vigor and stamina of each member, on pain of premature death of the character (and already have a shorter life expectancy due to the curse), to replenish the ranks. it will be enough to have new children conceive with favorable gods once the chosen parent has reached eight months of life, in exchange for the devotion obtained by slaughtering the Oni in the dungeons. The unborn, already adults, will be able to choose one of the available classes and, after a couple of months of training, join the relatives in battle, in an extreme vicious circle.
There will also be accompanying the team on the battlefield Kochin in the form of a weasel (which will attack randomly when the situation permits) and, later in the plot, the same Nueko, who will act as a summoner and unfortunately will also suffer the effects of premature death (but will be resurrected a few months later). In the many dungeons, you can decide whether or not to clash against the enemies on the screen, giving way to battles on the chessboard that particularly recall the Japanese theater, to come out victorious there are three methods: defeating the opposing captain, annihilating all the enemies or forcing them to flee (in the latter case you will not receive items as a reward). 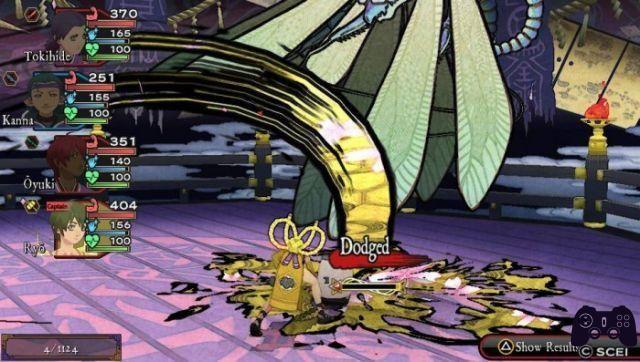 The dungeons are diversified from each other and all enjoy common treasures: once you have found a certain key, this will also serve you in the following ones, and vice versa, if you find a useful object in one of the last mazes, you can go back and retrace those already completed .

variety in the dungeons

Some of these secret areas lead only to treasures and objects, while others are able to completely transform the labyrinth, making new areas accessible and Oni to be slaughtered; in addition, some of these dungeons change according to the current month, ensuring a decent variety in the continuation of the game. Unfortunately, once you get out of the maze you will have to start it all over again, given the absence of checkpoints inside but, thanks to the key objects above, you can unlock useful shortcuts. Outside the Clan residence, time runs tight and, especially in the labyrinths, you will have to pay attention to the clock of flames: once the last light has gone out, you will be asked if you want to continue the raid or return to home, a convenient choice for when you find yourself with clan members on the brink of death.
Once you reach the age of death, the clan member will abandon you with a touching summary of his exploits and a farewell sentence, if he has special armor or weapons with him, they will be given to the rightful successor, while if he has secret techniques, must have trained their child for at least one month before death. The life cycle can be mocking and decimate the clan from one month to the next, a further strategic factor is therefore combined with the immense amount of notions to be taken into account.

Investing for the future

Before each fight, whether it is against "wild" Oni, imprisoned gods or Seimei himself, you will have the opportunity to activate a matchine slot, which will give you from one to three items: in these rewards there are special techniques to learn, the money and consumables, weapons and armor and if you're lucky, books to learn a new class. The problem with this random drop rate, as also happens in other videogame exponents who use it, is to force you to repeat certain areas until you are able to get that coveted object highlighted in green or ocher, which will allow you to leave yourself behind. shoulders the monster and maybe get a new God to copulate with.

Fortunately, if the clock flame is red, activating Frenzy mode will make it easier to get rare items from the slot machine, although the Oni will be tougher than usual. Drop's system is a small patch on a rich and complex set of mechanics that are much deeper than it seems. For example of all this there is the management of the city, where you can donate the money you earn to improve the structures and expand the citizens who support the clan, such as merchants, fountain managers and above all places of worship to foster relations with the gods. If your country is not enough, Oreshika allows you to visit both other cities during the course of history, and search for other players via the internet, exchanging the QR Codes of the clan and special tools or simply finding them randomly. Once you reach the new city you can decide whether to marry or adopt a member of the new clan (cursed like yours), enlist them as mercenaries or finance the new place, improving all the benefits already listed above; also you can face the other family in a tournament, trying to impose yourself and proving to be the strongest clan in Japan.

Oreshika is another of those titles that make full use of the bright colors thanks to the OLED screen of PlayStation Vita, Alfa System manages to guarantee a visual style during the fights typical of traditional Japanese paintings, and a not indifferent care regarding the gods, monsters and secondary characters.

some frame drop does not distract us from the graphic style

Unfortunately, the same luck does not fall on the members of the clan, who are practically all the same (also to maintain a discourse of genetic continuity) and on the clothes and weapons, which although they give different bonuses, do not have skins to differentiate them.
While exploring the dungeons, we found some frame drops too many, especially during the Frenzy mode, in which the enemies begin to converge on the clan leader. Dubbing is only available in Japanese (as for Freedom Wars) and the title is translated into the lyrics only in English, the sound is mainly composed of traditional music, which manage to pursue the player during the boss challenges. Finally Alfa system has decided not to use any of the peculiarities of PlayStation Vita, guaranteeing an excellent use of the title also on PlayStation TV.

Verdict 8/10 Dishonor! Dishonor on your family, dishonor on you, dishonor on your cow ... Comment Oreshika: Tainted Bloodlines is a classic RPG, with a lot of mechanics to learn and with a random drop rate system that obliges the player to face the same sections several times. At the same time, Oreshika is a title not to be missed for the depth of the gameplay and the graphic style adopted by Alfa System, added to a choice of modes that shapes itself on the player's free time, favoring both those who have a job. , both those who want to immerse themselves in the misadventures of the cursed clan. Pros and cons ✓ Low price
✓ Attractive graphic style
✓ Deep gameplay mechanics
✓ Game modes suitable for everyone x Frame drops during exploration
x Drop system to be reviewed
x Equipment skins all the same