Most viewed YouTube videos of all time: the top 15 positions 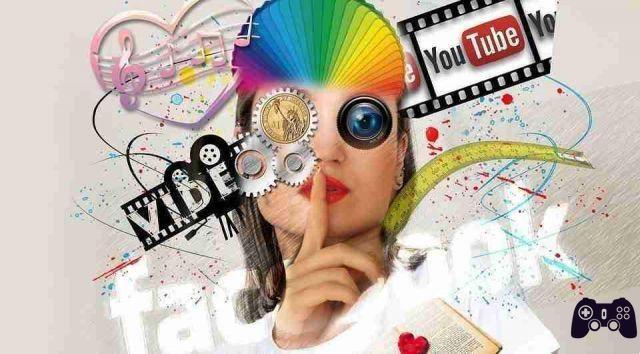 But does Gangnam Style still hold the record? Here are the 15 most viewed YouTube videos of all time.

Most viewed YouTube videos of all time: the top 15 positions

Lean On is an electronic dance music track that has gone to number one in Australia, Ireland, the Netherlands, Mexico, New Zealand, Finland, Denmark and Switzerland. He made the top five in the US and UK

Most of the video was recorded in Maharashtra, India, although some pieces were shot in Stockholm.

Adele's 2015 hit Hello was the lead single from her third studio album, 25. It became the first song in the US to sell over a million digital copies in one week.

Thanks to the collaboration with IMAX cinemas, the video of the song was the first in the world to use the IMAX format. Hello also holds the record for the fastest video to reach 100 million views on Vevo.

Ed Sheeran is one of the; his success is clearly translated on YouTube.

The video shows Sheeran performing a ballroom dance with a contestant from the US series, So You Think You Can Dance. Before filming, the singer had to learn the necessary moves. He reportedly trained five hours a day for several weeks on the tour.

The first reggaeton song on the list is Enrique Iglesias' Bailando. Although Iglesias also released the song in English and Portuguese, it is the Spanish language version that has garnered the most attention.

In fact, it was the first Spanish-language video on YouTube to garner more than a billion views.

Katy Perry is one of only two artists with two videos in the top 15. Her second song, Roar, is a mid-level pop song that has hit number one in several countries.

9. Taylor Swift - Shake it Off

This text turned it into worldwide success, producing an endless sea of ​​memes, and even getting a photo shoot on Sheldon Cooper's The Big Bang Theory.

The Maroon Five's Sugar video is the most groundbreaking on this list. The band teamed up with Wedding Crashers director David Dobkin and traveled to Los Angeles to surprise couples at their weddings.

The video is completely original. For each featured wedding, only one attendee knew about the surprise band and was not told the identity of the band.

Drawing heavily on the sounds of '80s funk music, Uptown Funk was the number one song in the US for 14 consecutive weeks.

It was number one in 30 counties, world leaders and sports stars performed the dance moves, and UN Secretary General Ban Ki-moon said it was a "force for world peace". Psy also met Ki-moon at United Nations Headquarters in New York.

Masha and The Bear - Recipe for Disaster (Episode 17) is the most viewed non-music video on YouTube and is fourth on the list of all time.

Children's cartoon - which is in Russian - tells the story of Masha and her bear.

Ed Sheeran joins Katy Perry as the second artist with two videos on the list. The Shape of You is a pop song that recalls Jamaican dancehall music. It was number one in 34 countries.

See You Again was written for the film Furious 7 and is intended to represent a tributary song for the late former star of the franchise, Paul Walker.

The film was in the middle of filming when Walker died in a car accident in 2013. Walker's brothers, Caleb and Cody, were called in to complete the remaining scenes.

The success of Luis Fonsi's reggaeton Despacito was another global megahit. The song hit number one in 47 countries and hit the top 10 in six more. It became the first Spanish-language record to go to number one in the United States after Macarena in 1996.

The song also set a record for the fastest song to reach one billion views, with just 97 days.

Audio Video Most viewed YouTube videos of all time: the top 15 positions
IGTV Instagram: what it is and how it works ❯

What is YouTube for Artists and how it works