Call of Duty Warzone: how to become a zombie

The popular free-to-play battle royale Activision's home is full of secrets and little goodies that can be of great help to the player. With this guide today, we will try to explain one of these secrets: in particular, we will see how to become a zombie in Call of Duty Warzone, and how to make the most of all their peculiar characteristics, so that you can take home the game.

Why become a zombie?

If you are a CoD Warzone player, surely this mechanic cannot fail to interest you. Becoming a zombie means unlocking a totally different gameplay from that of the standard characters: for example, you will no longer have firearms, which will be replaced by a powerful melee attack. You will have various skills that will greatly enhance your skills: you can jump directly on top of buildings and spot enemies from a distance, making you a formidable opponent.

Clearly, to unlock this possibility, you will need to follow a series of instructions in a precise manner. In the next paragraph we will see all the necessary steps on how to become a zombie in CoD Warzone. Know from the start that, to turn into a zombie, you will have to die and respawn: this means that you will have to play as a team, as the Gulag feature is not present alone. 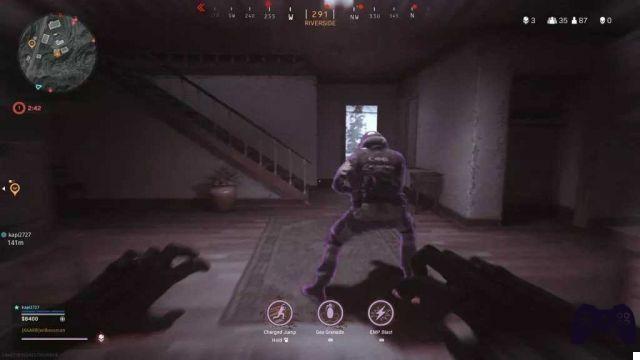 All the steps to follow - CoD Warzone: how to become a zombie

The first step to follow will be to go to the location of Shipwreck or that of Prison, both located in the southeast corner of the game map. These two zones will be marked in red on the game map. As you get closer to one of the two areas, you will see white particles floating above the offending area. Once you enter the red circle, you will need to hit one of the bags of green gas present around. The gas will be released, and you will begin to take damage from it: stay there, and wait for your health to drop to zero.

After your health drops to zero in this cloud of green gas, and you find yourself on the ground, you can decide to give up to speed up the process. At this point, instead of finding yourself having to make space among the enemies in the Gulag, you will respawn directly. To be precise, you will be catapulted into the map, and you will fall from the sky as in the beginning of the game, but without a parachute: Having now become a zombie, you will not take fall damage, so a parachute would be useless. 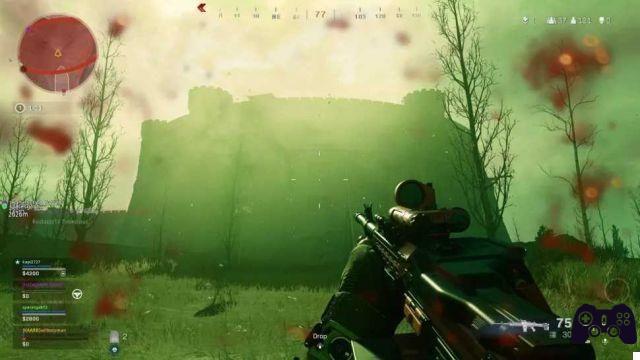 Skills and upgrades - CoD Warzone: how to become a zombie

Once you understand how to become a zombie in Warzone, you also need to know exactly how the gameplay changes. As already mentioned, once you are a zombie, you will no longer be able to use firearms, but in exchange you will have a strong melee attack e a very fast sprint, which you can use to run towards your opponents. You will also have the ability to charge your jump: by charging it to the maximum, you will have the ability to jump to the top of most buildings. As specific attacks (alternating via the pad's directional arrows), you can launch gas garnet and use an EMP explosion.

Another huge advantage is the senses intensified: on the screen you will be able to notice the enemies thanks to the tokens that will appear on the minimap, and also thanks to the aura that will surround them when they are close enough. This particular skill will make you a perfect scout for your team, as it will be much easier for you to track down opponents. 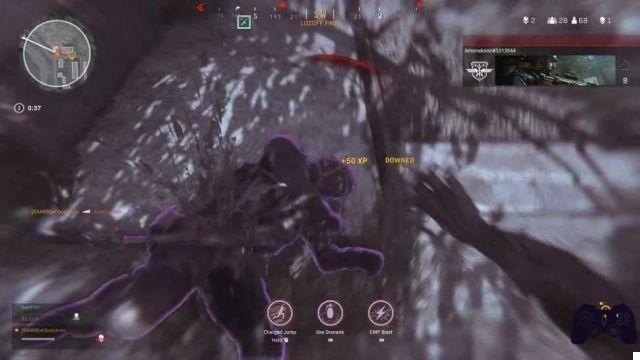 How to play the zombie correctly

Clearly, not all that glitters is gold. You will have to pay attention to your approach when using the zombie. As it has little health and no armor, you will have to properly calibrate your style of play: launching a frontal attack on a large number of opponents, for example, will certainly result in certain death, making your attempt in vain. On the contrary, in fact, the zombie is much more efficient if used to deal with the isolated opponents, one at a time: in this case, you will realize that you have a very powerful weapon in your hands. Since, technically, you have already used your available respawn to unlock the zombie, if you die again, there will be no chance to go through the Gulag - one more reason to be careful when using the zombie.

If you want all the most important guides and updates on CoD Warzone (such as the contents of the latest update) and on the world of video games in general, stay tuned to the pages of Holygamerz. If, on the other hand, you prefer to buy game keys at very discounted prices, you can do so through our link to Instant Gaming.

Call of Duty Warzone: how to unlock the nail gun ❯

add a comment of Call of Duty Warzone: how to become a zombie