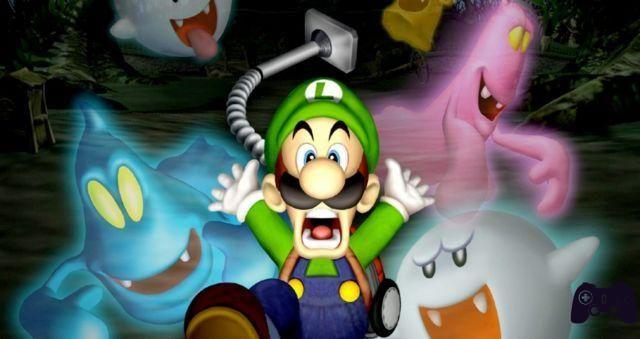 It was 2001 when Luigi's first solo adventure was published on Game Cube ...

Luigi's Mansion was a critical success, always one of the most loved titles of the cube console of the Kyoto house. Inexplicable how, in the space of seventeen years, only one sequel was made, for 3DS in 2013. And it is precisely on the immortal laptop that the first chapter will be available again, compared to a third for Nintendo Switch fresh from the announcement. 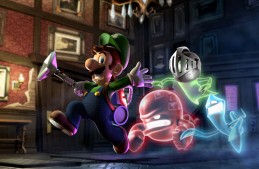 Luigi's Mansion will be available from next October 19th with new content including a brand new cooperative mode. Thanks to the invitation from Nintendo, we are back in the role of Luigi following our Super Mario Party test, so as to provide you with some more information on the news of this remake.

Luigi's Mansion is still as solid as it was seventeen years ago.

For those who have never heard of the series, it is a 'puzzle adventure solo of Luigi. Mario has disappeared and the little brave brother will have to rely only on his own strength to find him. Armed only with a vacuum cleaner capable of countering spiteful ectoplasms, Luigi managed to convince the then lucky owners of Game Cube.
A decade later, a new adventure, this time on 3DS, brings the brother in green to explore more villas by pushing enormously on the adventure aspect of the series. This slight change gave even more personality to the brand, although in the aspect of the boss battles it ate the dust compared to the predecessor. 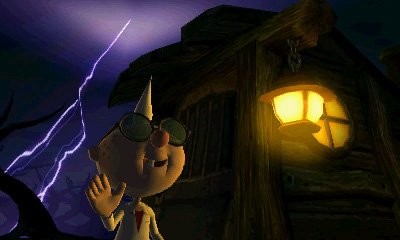 Returning to the first historic haunted mansion after the various villas of the second chapter triggers an irrepressible nostalgia effect. Although the adventure had already begun, it is wonderful how each room is still indelible in the memories, so much so as to immediately reach the first boss.
Among the innovations introduced, in addition to a rehash of the new game plus (which now mixes the villas of the western and Japanese post game) there is an unprecedented co-operative mode.
The second player will be able to accompany us throughout the story, as long as he has his own Luigi's Mansion cartridge. Otherwise, the 3DS Download Mode allows you to face the workouts and the challenge to the bosses, inexorably limiting this addition.
The gameplay has some filings, to slightly adapt it to the sequel (the flashlight will have the strobe effect) and the possibility of orienting the vacuum cleaner with the gyroscope, Luigi's Mansion is as fresh as it was in 2001.

Fresh yes, but still not too polished. Or rather, for the capabilities of Nintendo 3DS, Luigi's Mansion is great, but having it back on Nintendo Switch would have been even better.
Even in the face of a third chapter exclusive to the hybrid, the choice to bring the first back to the laptop is quite dubious.
What is sure is that Luigi's Mansion will it retain the merits of the original and be unmissable for all those who have never come close to it, but will it have aged as well as it seems?

Comment Luigi's Mansion conveys the same feeling of 2001, although the mechanics are updated to those of the second chapter, the atmosphere of the beginning of the title is intact. The main problem is the release on Nintendo 3DS, with the arrival of a third chapter on Nintendo Switch. The small and leathery laptop has no intention of giving up, offering yet another great classic. But how long will it last? Pros and cons ✓ Still as solid as 17 years ago
✓ Many innovations implemented x We would also have liked a Nintendo Switch version
Do you want to be a video game expert and know all the tricks, guides and reviews for your video games ? Holygamerz.com is a group of video game fanatics who want to inform you about the best tricks, guides and tips. We offer you the best information to be a reference in gaming, so here you can find guides, tricks, secrets and tips so you can enjoy your games to the fullest. Are you ready to get all the achievements of that game that you resist so much? Enter now and enjoy your favorite video game to the fullest!
Gauntlet Review ❯