Enter the castle bathroom
It is impossible to reassemble the two halves of the plate, you have to make a new one with the word "REST" to enter the bathroom

Third final
Defeat Debilitas with the chandelier (don't kill him), then go find him in his shack BEFORE you go to open the door to Saturn: he will give you a filthy key. Use it in the locked door inside the bathroom to access the cellar, where you will find the key to the main door and you can exit the castle undisturbed.

Destroy EMETH
Instead of inserting the "EMETH" (life) plate into the first Golem, insert a "METH" (death) plate

Dancing Golem
Towards the end of the second chapter of the game (when the maid chases you), you will have to go down to a crypt in which there is a Golem, you will find a tomb and a plate. Create a plate that says SALTATIO and insert it into the golem for a summary, there will be a 10 second dance sequence

Costume "forbidden to minors"
Beat the game once

Alternative dog
Beat the game once

Cowboy costume
Beat the game once

Hard Mode
Finish the game at least once

Enter the secret room
Finish the game at least once

'Fiona the Frog' costume
Finish the game on Hard mode

ADAMAS
Get a Diamond Choker

MORGAN
Get an Alchemist Earrings

POWDER
Get a Burst Shoes

ALCHEMY
Get a Fairy Earrings

MAGNUS
Get an Inqisitor earrings and Jade choker 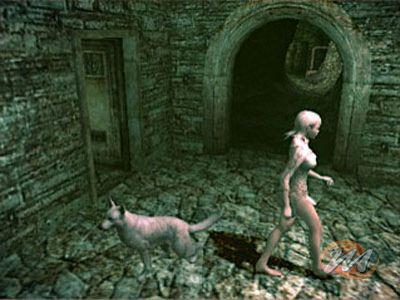