Fortnite: how to redeem Shadow Ruby for free

The free Shadow Ruby skin has arrived on Fortnite: in this small guide we will quickly explain how to redeem it ... from mobile!

We know: lately "Epic" and "mobile" don't exactly get along, but the two worlds have given themselves a moment of respite for the free skin Shadow Ruby di Fortnite. You will have guessed from the subtitle above that you will have to "dust off" (in purely videogame terms) your phone, and that's where we recommend you read this article. At the end we will give you a link to the official Epic Games website, which you will have to open by phone to log in to your account. Once this is done, you will be offered a transaction… for a product whose cost is equal to zero. You know what to do.

We do not know what Epic Games owes the clause made to what, on balance, is and remains a gift, but you will have to complete this "purchase" from mobile to redeem Shadow Ruby on Fortnite at the next access. Or rather: in reality what you have redeemed will only be the right to obtain it. As happens every Christmas and with the extra contents of the battle pass (which we will get to later), in fact, you will have to first complete assignments. Which, in the case of this free variant of the classic Ruby (occasionally seen in the item shop), there are four missions ... or rather, three.

As you can see in the image below, Shadow Ruby has four assignments, of which the last one requires only the completion of the other three. We don't want to pretend it's obvious, but actually doing a few games in a single game session (as opposed to treasure hunt cases) you should accomplish these missions without even realizing it. For the sake of completeness, however, we would like to list what they consist of. 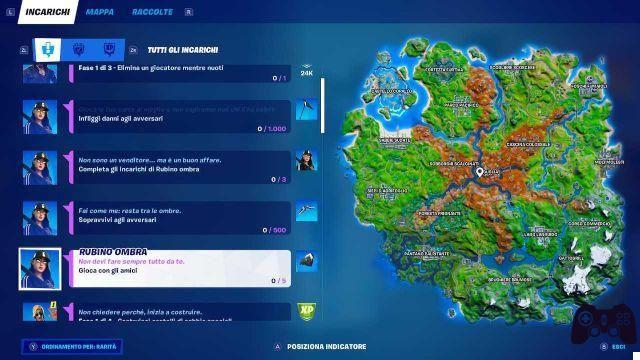 The bright side of Shadow Ruby in Fortnite

Beyond the simplicity of the three / four assignments, their "rarity" also helps. As you well know, in fact, the Battle Pass hides skins (Lara and Corvina in particular) as delicious as they are difficult to obtain. Let's talk about the Lara Croft classic (the promotional render of the game covers), of the black version of Coccodé, of the purple variant of Tarana and the "civil" counterpart of croaker, Rachel Roth. The epic assignments (those violet) were distributed every week with a dropper, but thanks to Ruby Shadow you will have four missions of this type conveniently at hand. 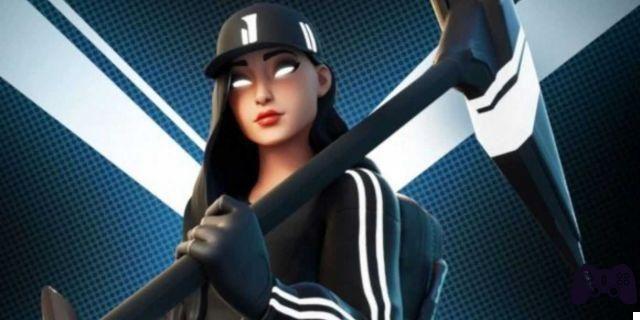 You will need to log into the Epic Games mobile site, accessible via this link. The link will take you directly to the screen with which you can redeem the contents, or the four missions to complete. At your first login on Fortnite you should have the new challenges, and also plenty of time to complete them given their simplicity. However, you will not be able to rest on your laurels: the next season is in fact scheduled for early June!

Fortnite: where (and how) to find Venom and Carnage ❯

add a comment of Fortnite: how to redeem Shadow Ruby for free