A few days after the arrival on PlayStation 5, Square Enix has unveiled the trophy list of Final Fantasy VII Remake Intergrade, which is added to that of the full game

Final Fantasy VII Remake Intergrade is one of the most talked about DLC in recent years. Announced as a paid PlayStation 5 exclusive, not without controversy of course, the downloadable content will offer a few hours of play in the company of the beloved Yuffie and many new additions, including some new invocations. Despite this, the upgrade from PlayStation 4 to PlayStation 5 of the base game will be completely free for all owners of the title, so fans who want to relive the adventures of Cloud and company on a much more performing hardware can easily do so. For Yuffie, however, we will have to pay. It's not just ingame content that's been added, of course. In fact, a few days after its arrival on the market, the Intergrade trophy list was also released.

Final Fantasy VII Remake Intergrade's added trophy list consists of 9 trophies, of which 5 bronze and 4 silver, which are added to the 54 already offered by the complete game (the list of which you can find by clicking here) for a total, therefore, of 63 total trophies. As always, in this type of articles, we remind you that the trophy descriptions may contain spoiler concerning the plot of the Square Enix game. For this reason, if you do not want any kind of anticipation, we advise you not to continue reading. That said, let's get started! 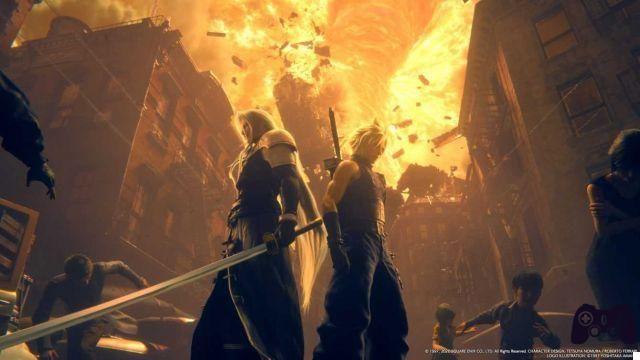 Here ends our very short guide on the complete trophy list of Final Fantasy VII Remake Intergrade. The new content will be available on PlayStation 5 starting June 10. Have you already played the original title? Are you waiting for this DLC? Write it to us below in the comments, we will continue to keep you updated with all the news on videogame and tech! And if you are interested in game keys at affordable prices, we recommend that you take a look at the InstantGaming catalog!

Animal Crossing: New Horizons, how to play with friends online and offline

Fortnite: how to get the Wolverine skin | Guide

New Pokémon Snap: how to get four stars with Murkrow