Black Ops Cold War and Warzone: all the news of Season 5!

Through a post on the official Activision blog, the company has shared with us all the news designed for CoD Black Ops Cold War and Warzone with the arrival of Season 5

After an extremely successful season 4, Activision is preparing to update once again the hugely popular Call of Duty Black Ops: Cold War and Warzone. Season 5 is coming on August 12th and through the official blog of the series the company has shown the players what are the (many) news coming. This new content includes, among others, Infiltrated Multiplayer mode along with new and classic maps for Black Ops. Also present new Zombies content and new Specialties for Warzone, which will certainly change the meta. But let's go in order and see together some of the news coming with Season 5!

This is Wraith speaking. The tests in Verdansk are positive… it looks good for you.

Let's start with what will be the narrative of the new season 5 of Black Ops Cold War and Warzone. After emerging from the shadows in a direct assault on Ground Station in South Africa and knocking a satellite of the American constellation from orbit, Perseus continues with his offensive. Meanwhile, Wraith handed Dragovitch's data, stolen from the Soviet laboratory on Mount Yamantau to a mysterious operator, along with details of the next phase of Perseus's plan.

Woods and an assault team take to the skies in response to one request for help sent by NATO at a station in Teufelsberg, Germany. The base was in fact conquered by unknown assailants and, inside, Woods finds himself facing a threat that he believed to be extinct for some time.

Black Ops Cold War will offer, with the arrival of Season 5, a new multiplayer mode called Infiltrator. This is a group investigative mode, where each game assigns infiltrators ready to sabotage the mission. Does it remind you of anything? The game begins with ten players who are assigned one of three key roles:

The classic Demolition mode is also back, where two teams will battle with the attacker who will look for a pair of bombs, and the defensive one who will try to stop the explosions. They also come five new multiplayer maps: Echelon (6v6, at launch), Slums (6v6, at launch), Showroom (2v2 and 3v3, at launch), Drive-in (6v6, during the season), Zoo (6v6, throughout the season). Then expect new series of points (flamethrowers), new Zombies content, new specialties and much more. 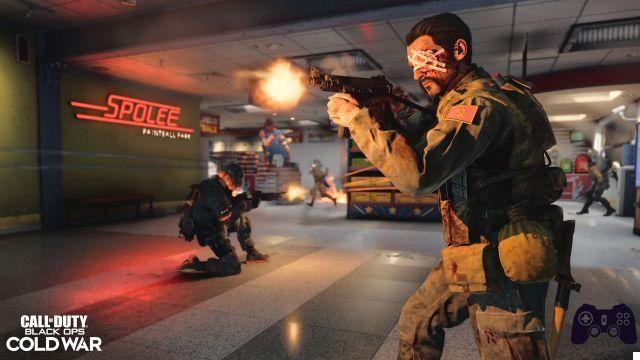 The news in Warzone - Black Ops Cold War and Warzone: all the news of Season 5!

Followed by the Raven Software division, Warzone has undergone a large number of balance changes over the past few months. An excellent job by the company, also considering the high number of weapons offered, which now amount to more than 100. Season 5 for Warzone kicks off with two new specialties to rock the meta, the Battle Scout and the Hardened. It also adds a new point of interest, the Broadcast Stations, and a new Gulag, Rush, the classic map of Black Ops II.


Zuffa's successor, Clash is ready to bring the 50v50 clashes back to Verdansk with the arrival of Season 5. Teams of four players will face each other in a deathmatch with unlimited returns and the goal of reaching 200 points. Activision also announced that a special event will arrive in the middle of the season, but does not provide any particular information other than what, as is very likely to be, the mobile broadcasting stations spotted in Verdansk will have to do with it. 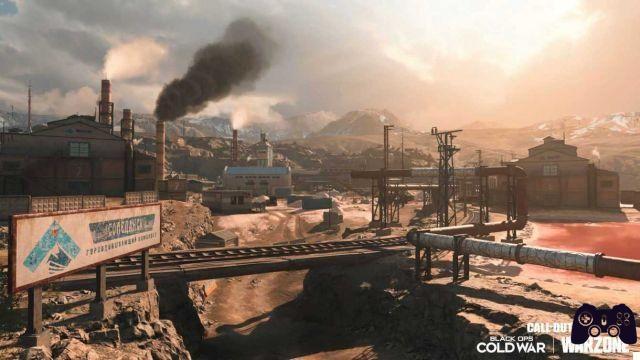 In combo! - Black Ops Cold War and Warzone: all the news of Season 5!

Both Warzone and Black Ops Cold War will arrive three new Operators. The first is Kitsune, available since launch, ally of Perseus and with the same ideals as those of the new world order. Attentive, precise and effective, Kitsune is very skilled at using their own tools against enemies. Second new operator is Stryker, a NATO ally, accompanying Woods in response to the distress signal. An almost obsessive soldier, Stryker is the result of a program of advanced guerilla techniques from the 80s. Finally we find Hudson, also a NATO ally who will arrive later this season, Adler's old colleague and former interrogation partner of Weaver.

They will also be added four new weapons, two large-caliber ones, a smooth-bore hybrid pistol-rifle secondary and a melee coming later this season. We start with the EM2 assault rifle, available from launch, to switch to the machine gun TEC-9, also from launch, al stick, the new melee weapon, to finish with the Marshall, the secondary hybrid coming later this season. They obviously add up new prestige levels, 23 to be precise, and we remind you that at the beginning of Season 5 your Season level will restart at 1. 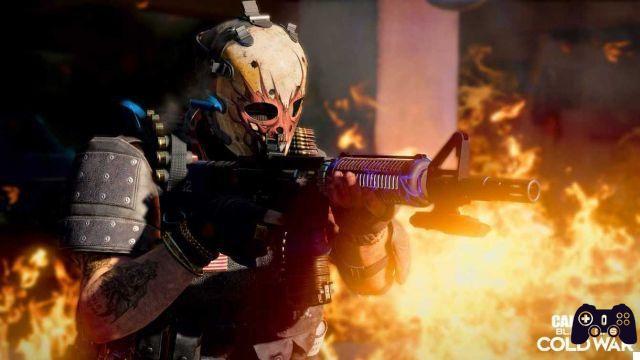 Here ends our summary of the news coming with Season 5 of Call of Duty Black Ops: Cold War and Warzone. For more details, we refer you to the official Activision blog post which you can reach by clicking here. What do you think of all these news? Write it to us below in the comments, we will continue to keep you updated with all the news, guides and reviews on gaming and tech themes! And if you are interested in game keys at affordable prices, we recommend that you take a look at the InstantGaming catalog!

Bravely Default II: what to know before starting to play ❯

add a comment of Black Ops Cold War and Warzone: all the news of Season 5!