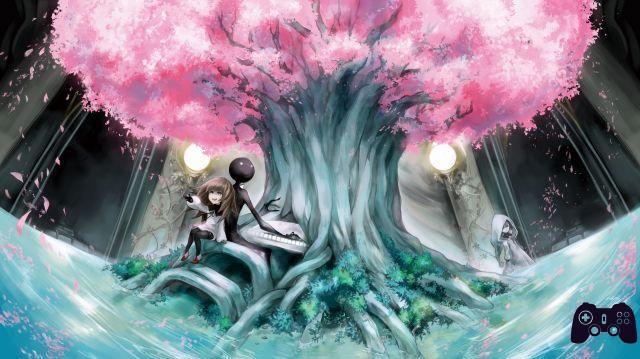 They were originally Android and iOS

Deemo-Reborn- is the 3D remake for Playstation 4 published by Unties di Deemo, hugely popular ryhtm game developed in 2013 by Rayark GAMES for Android and iOS. In more recent times the title had already benefited from a porting to PsVita e Nintendo Switch.
-Reborn- offers a new approach to the plot, originally narrated through simple cutscenes, thanks to a whole exploratory section topped with small puzzles. Among other things, the title is playable in two different modes: TV e VR, with full support for Sony's headset.

It doesn't happen every day to see a title originally born for mobile platforms land on home consoles, and this for a certain niche of players can only be good news, given the popularity of Deemo on the Google and Apple stores.

A Rythm Game… with the plot?

It is not very common for a rythm to be a game with such an articulated plot (despite more or less illustrious precedents such as Cadence of Hyrule o Teathrythm Final Fantasy). The genre lends itself easily to titles more based on the search for the best score and the cleanliness of execution rather than on a plot to be gutted, preferring a decidedly more hardcore user. It is rare for an enthusiast of the genre to focus on the narrative side of a title, and in this Deemo -Reborn- offers a pleasant novelty.

The plot of Deemo -Reborn- is however very simple: the protagonist is Alice, a little girl who finds herself trapped in a castle together with Deemo, a strange character who recalls a bizarre cross between Slenderman and Emil of NIER: Automata. 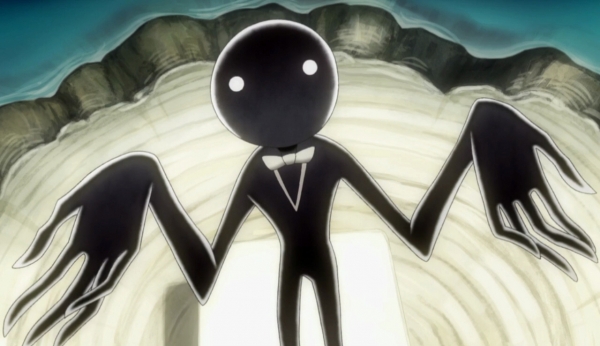 In the center of the castle there is a room with a piano and a small sprout. Alice discovers that every time Deemo plays a new song on the piano, that sprout grows into a tree. We will then be engaged in the search for new scores to be delivered to Deemo to be able to grow the tree, climb and escape from the castle. In the meantime, we will have to strive to solve puzzles to help us learn more about the origins of the castle and, above all, who or what is Deemo. The plot is certainly not very original, and it takes very little to be able to anticipate the developments of the plot, despite this it is still fascinating and narrated with great delicacy.

The gameplay of Deemo -Reborn- alternates very simple phases of exploration seasoned by puzzles that are never too complex but of increasing difficulty to a rythm game compartment pure. If in itself the intention to give a narrative justification to the musical sections of the game is interesting and also well managed in its simplicity, on the other hand the game shows an all too obvious problem: the music.

Let's be clear: it is not the quality of the playable tracks that is under accusation, but their lack of relevance to the context in which they are placed.
Deemo is a game characterized by a muffled, gothic and melancholy atmosphere, but the selection of songs that Deemo will be able to perform on the piano screeches lot with the general tone of the story and the setting in which it is dropped. In fact, we find electronic music, Drum 'n' bass, J-Pop and even a couple of rap pieces that get married very bad with the atmosphere of the title, which would certainly have benefited from a more classical soundtrack.

The problem is that Deemo is too Asian a title

Turn and turn you end up there: Deemo -Reborn- is a title that tries to innovate the simplistic formula of the hard and pure rythm game by inserting plot, exploration and puzzle that are very coherent with each other, without however being able to break free from logic and mechanisms. typical of many oriental products of the same kind.

There is the possibility of buying extra tracks from PSN, but in a title in which the musical component wants to be so linked to a very specific narrative out of place a lot, also because the packs of additional songs come to add Jazz, Soul and even Metal songs. One might expect this from games dedicated to Hatsune Miku, from the series of Taiko no tatsujin or the most recent Person Dancing. In this context, however, the choice made amplifies that feeling of estrangement we were talking about a little while ago.

Deemo was born for mobile devices, and it shows

The original title used the touchscreen of phones and tablets to simulate the gesture of playing the piano. The interface was composed of the classic carpet on which the notes flow towards the player, who then has to play them by pressing one of the six available keys in time, receiving a small bonus if the note is hit with perfect timing. This setting is repeated in the same way on Ps4, where however the Dualshock takes over the touch controls.
Here comes one of the main problems of the title: playing with the pad is really uncomfortable. You don't need to read a review to realize this.
Especially at high difficulty, the mix of front and back keys, directional cross and analog sticks is difficult and not very intuitive, also because it is not possible to keep the command interface on the screen. 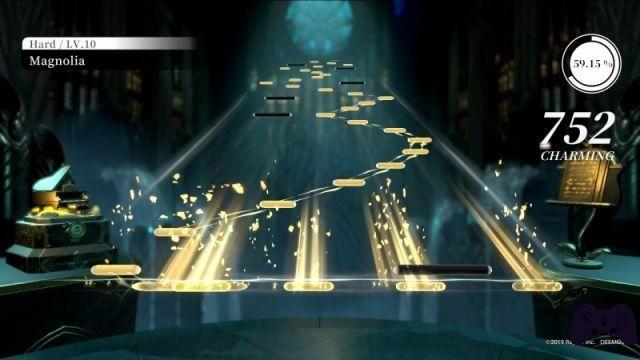 The situation changes when played in VR mode, whose command input method remains more similar to the first incarnation of the game.
Obviously, since it is necessary to use two controllers for Playstation Move, the exploratory phases of the game are affected, which are more woody and inaccurate.
In general, the gaming experience with Sony's headset is overall better and less frustrating, in particular in the musical sections.
However, it remains clear that this type of problem is due to the mobile setting of the title. In this sense, since the game was recreated from scratch, it could have been done better by adapting it to the use of the pad. And that's a shame.

Verdict 5.5 / 10 But what does J-Pop do with this gothic world? Comment Deemo -Reborn- offers an expanded experience over the Android and iOS version, adding exploration and puzzles to the pure rythm game formula. However, neither the controls nor the selection of playable songs are convincing, which clash with the melancholy atmosphere of the plot and setting. Much better is the VR mode, which improves the experience when dealing with more technical and complicated scores. Pros and cons ✓ Many interesting news
✓ Fun VR mode
✓ Very delicate texture x Bad support for Dualshock
x Too Mobile Setting
x Macedonia of musical genres
Do you want to be a video game expert and know all the tricks, guides and reviews for your video games ? Holygamerz.com is a group of video game fanatics who want to inform you about the best tricks, guides and tips. We offer you the best information to be a reference in gaming, so here you can find guides, tricks, secrets and tips so you can enjoy your games to the fullest. Are you ready to get all the achievements of that game that you resist so much? Enter now and enjoy your favorite video game to the fullest!
SUPERHOT VR review ❯

Battletoads | Review: beat'em up returns to Xbox and PC

Add a comment from Deemo -Reborn- review: when mobile gaming lands on consoles