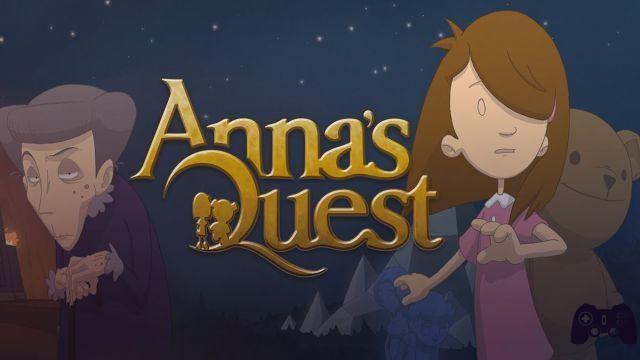 After taking us to the desolate planet of Deponia, following the bizarre adventures of Rufus, and catapulted into a dreamlike past with Memoria, Daedalic Entertainment it changes course again, and presents an adventure that flows before our eyes like a fairy tale by the Brothers Grimm, also thanks to the deliberately stylized graphic style.

And just like an old-time European fairy tale, Anna's Quest may at first seem simplistic, or even childish, but it soon gives way to all its depth, to the point of capturing the player in a decidedly more mature story than it might seem.

Once upon a time…

Originally published in 2012 by Krams Design in episodic form, Anna's Quest benefits from the Daedalic treatment both in the graphic sector (which is cleaner and more fluid), and from the point of view of longevity, with the addition of extra puzzles that, while not upsetting the basic plot, add depth to the characters and situations.

The story begins with a rather simple background, common to many tales of Central European folklore: Anna is a little girl who lives isolated from the world with her grandfather, on a farm where life goes on simple and quiet. However, one day, Anna's grandfather's health condition seems to suddenly worsen, and in a rush of heroism, the girl sets out in search of a cure, challenging the forest and the world outside her own for the first time. home. Needless to say, the warnings that the good old farmer always told her in bedtime stories, turn out to be real, and not even the time to exhaust the narrated prologue, which Anna finds herself in the clutches of the witch Windfriede, locked in a tower, at the desperate for an escape. 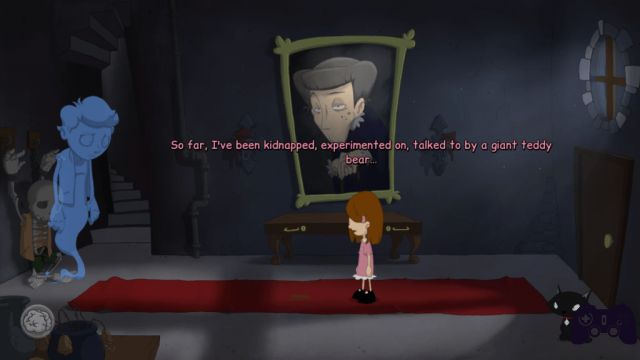 However, it is at this point that Anna's Quest begins to gradually reveal how the similarity with the Grimm universe is less trivial than it seems: after a short tutorial, in fact, we will come endowed with telekinetic powers, essential to the resolution of the puzzles and a pleasant departure from the classic themes, which will accompany Anna for the rest of the adventure. Adventure that pleasantly unfolds in about five to six hours of gameplay, with puzzles that are never trivial and sometimes bordering on absurdity, but which reward the player with unexpectedly ironic, touching and even dramatic sequences. Between Anna's subtle jokes towards the player, and the comic cowardice of Ben, a child transformed into a talking teddy bear by Windfriede, there is also room for deeper themes: we will have to deal with ghosts, black magic, pacts with the Devil, child abuse and murder, all blended to perfection as only Germanic folklore is able to do.

And even before reaching the explanatory final chapter, which masterfully pulls the strings of all the mysteries left unresolved, Anna's Quest suggests that it has all the credentials to be a title able to satisfy many palates.

As mentioned, the game mechanics are the canonical ones of any point & click adventure, except for the pleasant and substantial addition of Anna's psychic powers, constantly pronounced in a comically wrong way. While these are intrinsically linked to the history of the game, on the other they also add a new dimension to the gameplay aspect, putting an additional layer of possible combinations in addition to the classic use of inventory. We may therefore simply have to interact with the surrounding environment to reach objects that are too high or out of range, or seek a creative use of the objects in our possession, charged with Anna's telekinetic powers. The whole forces the player to think transversally and outside the box, which goes perfectly with the sui generis direction that Daedalic and Krams wanted to give to the many classic stories linked by Anna's events.

The fable of the Fox and the Grapes is thus reinterpreted with a little girl who bends the branches of the plant with the strength of her mind alone, earning the favor of the very eager fox Reinhardt. Or again, the three bears from the Goldilocks story, ended up in prison in Hell, and used as a target for waste paper, whose salvation passes through the powers of Anna, a union letter and a goat. 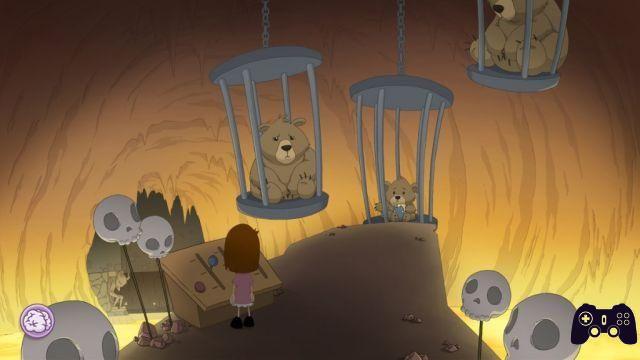 Many situations, unfortunately, are not immediately understandable, thanks to the fact thatand we will often and willingly be forced to go through specific clues. We will not be able, for example, to open a passage for us to escape through a ceiling (although Anna's powers allow it), until we have talked to a magic mirror that will confirm the need for it. Fortunately, in most situations, the game justifies these obligations, and often these are such absurd choices, or elements so typical of central European folk culture, that the player could hardly have thought of them without gathering information, and even in this case they are still simple clues in the right direction, which however, they require a mental effort to be understood.

In the case of the minigames present, then, Daedalic maintains the tradition started with Deponia of allowing the player the opportunity to skip them, once they have collected all the necessary clues, meeting those who prefer to follow the story and the main puzzles.

Graphically, the title it is certainly not detailed at the levels of other Daedalic productions (the comparison with the dreamlike and artistic atmospheres of The Dark Eye series is immediate), but in this case it is a question of a functional choice to the setting, and that illusion of being in front of a story for children. Fortunately it is a trait that the eye gets used to in a very short time, and that gives its best in the darkest atmospheres.

As well as the musical sector, which easily jumps from more cheerful or exciting sounds to piano and string melodies to accompany the dramatic charge of the main revelations, in the same way also Anna's eyes without iris, the exaggerated expressions of the animal characters, and the cuts of the shots contribute to a well-rounded narrative, which results in ua much more enjoyable experience than watching the individual parts separately. 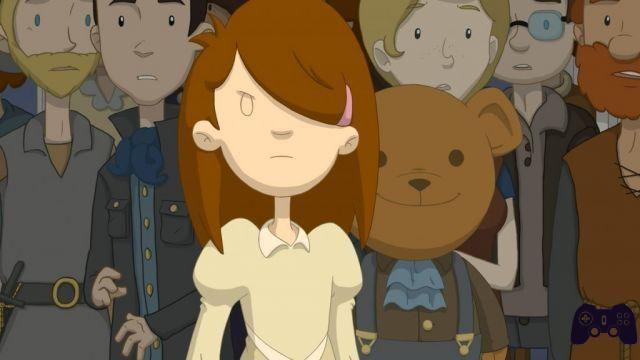 There is also in this space for references to other Daedalic titles, like a certain costume in an antique shop, or some posters on the wall of a castle.

Many of these, however, are scattered over an obligatory passage: the whole story, in fact, is a huge "way forward", which certainly gives the opportunity to explore the various touches of class inserted by the developers (many of which overlap with the Steam objectives), but which, even in its thinking outside the box, does not allow us to go astray. However crazy, or impractical, the solutions to situations are unique, and once the game is solved, the thrust to a second pass is very low.

Verdict 7.5 / 10 The Brothers Grimm and the enchanting telecimmimosis Comment At first glance, Anna's Quest is one of those titles that would turn up one's nose: stylized graphics, fairy-tale themes perhaps more suitable for an educational game than for a high-end indie level, rather mundane mechanics. All this, however, is already blown away by the tutorial, which immediately makes one thing clear: the title of Krams and Daedalic is anything but childish. Even the mere choice of including themes more related to science than superstition, such as Anna's psychic powers and Windfriede's machines, creates a marked detachment with first impressions, and instantly defines that what we are about to embark on is an adventure. atypical, full of irony, but which nevertheless remains faithful to those stories of witches and restlessness, innocence and distorted morals with which the Grimm brothers have written a chapter in the history of world fiction. In Anna's Quest, these two apparently contrasting souls are merged to perfection in a plot that touches all the strings of a good narrative from time to time: therefore on the one hand we have cannibal witches reduced to comic specks; an infernal Devil who is more reminiscent of a pompous company manager, only to remember that behind those glasses and the affable face there is an evil and monstrous creature; there is room for compassion and resentment, violence and abuse, but also for the most classic heroism and family love, linked with that thread of subtle digging irony that only Daedalic can strike up. Pros and cons ✓ Unconventional puzzles
✓ Excellent fusion of setting and irony
✓ Compelling storyline x Non-existent replayability
x Some frustrating steps
x Italian subtitles absent
Do you want to be a video game expert and know all the tricks, guides and reviews for your video games ? Holygamerz.com is a group of video game fanatics who want to inform you about the best tricks, guides and tips. We offer you the best information to be a reference in gaming, so here you can find guides, tricks, secrets and tips so you can enjoy your games to the fullest. Are you ready to get all the achievements of that game that you resist so much? Enter now and enjoy your favorite video game to the fullest!
Runbow Deluxe Edition Review - The relentless escape from death ❯

Pinball Wizard, a pinball machine that is also an RPG | Review