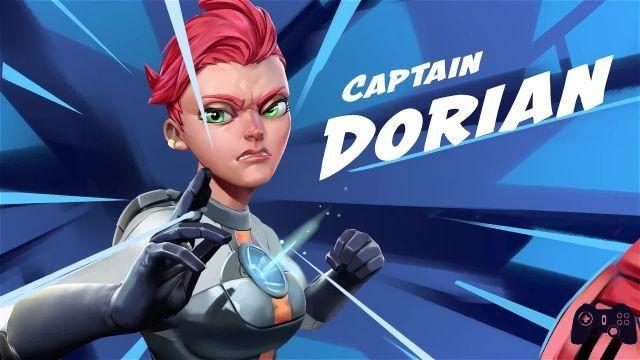 The first thing to hit of Zheros, whether you like it or not, is its nature of title born and raised. In a national panorama that hardly manages to emerge worldwide, it is nice to see it as the first job of the team Rimlight Studios managed to reach the homes of all owners of the Microsoft flagship. Zheros, in fact, is already landed on Xbox One and is one of the free titles available to subscribers to the Gold service. In any case, the first work of the Catania studio will be also available soon on PlayStation 4 and PC. We obviously wasted no time and immediately threw ourselves into the adventures of Mike and Dorian to defeat the terrible armies of Dr. Vendetta. But will it be worth it? Find out in our new review.

The plot is certainly not Zheros' strong point

Let's make it clear right away: the narrative component of Zheroes will certainly not be the reason why you want to play this title. The story, told through short films without a real dubbing, sees the evil Dr. Vendetta fielding his fearsome armies of robots against our two Zheros, Mike (a muscular individual of great strength) e Dorian (a girl as agile as she is fierce). To stop the advance of their enemy, our two heroes will have to cross levels chock full of enemies and make your way through fists and robot fights. As much as history cannot (and does not want to) excite, we cannot fail to highlight how the decidedly successful character design contribute to making us become attached to the two protagonists, immediately creating a good feeling between the game and the gamer.

To infinity and beyond!

The battle system is the real strength of Zheros

And here we are at the real focal point of Zheros: the gameplay. The guys at Rimlight Studios have managed to create a scrolling fighting game that, without mincing words, fun from start to finish. Despite a level design that is too linear and repetitive, the battle system is capable of giving hours of fun thanks to a well thought out combo system, to one good differentiation between the two protagonists and to a highly respected evolution of the character's powers and abilities. The lack of a tutorial also leaves room for a special menu containing the list of moves of their characters which is immediately intuitive and easy to use. However, we must underline how however, there is no online cooperative mode, limiting the fun to two players only locally. Among the other defects identified it is impossible not to highlight the presence of sometimes too long uploads it's a definitely annoying checkpoint system. In fact, it happened several times that we had to restart the level due to a couple of mistakes made in the final sections of the same. This would not be a particularly serious problem on minor difficulties, but it is extremely annoying when trying to complete the adventure in the most demanding modes. The large number of levels, however, guarantees one good longevity and, despite a slight background repetition after the first hours of play, he manages to entertain smoothly for 5-6 hours.

Technically, the game manages to defend itself quite well

Technically, the game manages to defend itself quite well. There polygonal modeling of the characters, assisted by a certainly successful character design, it certainly is the flagship visual element. Too bad for the backgrounds too amorphous that fail to penetrate the hearts of the players. Same thing for the sound sector which, lacking particularly convincing audio tracks, simply does its job without ever really surprising. As for the presence of bugs, we can highlight having noticed a couple of frame drops, but nothing that makes you scream scandal and that compromises the final quality.

Verdict 7/10 In his honor I will call the mission “The Alan Parsons Project” Comment Zheroes has proved to be a great calling card for Rimlight Studios. Obviously this is not a perfect title, but with the right precautions (first of all a campaign that can be defined as such, a better checkpoint management and a more incisive sound sector) it could have aspired to much other peaks. We are confident that with its next titles the Catania team can further improve and conquer a large slice of the public from all over the world. In conclusion we would like to recommend Zheroes obviously to all those who are in possession of a Gold subscription, but even if not, if you are a fan of scrolling fighting games with a valid battle system, do not be afraid to undertake your personal battle against the malefic Dr. Vendetta! Pros and cons ✓ Nice and fun gameplay
✓ Successful Character Design
✓ Longevity more than good x Total absence of a real campaign
x Too linear and bare levels
x Checkpoint to be reviewed