Pokemon Mystery Dungeon: Rescue Team DX, how to recruit legendary Pokémon and where to find them

In this guide we tell you where to find and how to recruit all the legendary Pokémon of Pokémon Mystery Dungeon: Rescue Team DX

Pokémon Mystery Dungeon: Rescue Team DX is a big return that gladdens the hearts of players who want a 100% Pokémon-focused adventure. In the game we can in fact recruit them to form exploration and rescue teams. Between fights and challenging dungeons, we will complete the game by forming friendships and bonds with these little creatures.

But the main story isn't everything, there is indeed a world of content just waiting to be completed after the credits roll. New dungeons to visit and Pokémon to catch, and many of them extremely rare and powerful. In this guide, therefore, we tell you how to recruit and where find out i Legendary Pokémon di Pokémon Mystery Dungeon: Rescue Team DX.

Let's recruit them all

During the main storyline of the game, you will come across some of the most famous legendary Pokémon of the saga. As soon as you meet them, the desire to get them will be great, but unfortunately it is not possible before the end of the game. This does not negate the possibility of recruiting them, but postpones it until we have completed some steps first. After that we will have an unbeatable team made up of Pokémon like Ho-oh, Mewtwo, Rayquaza and many others.

Easiest to Find - Pokémon Mystery Dungeon: Rescue Team DX, how to recruit Legendary Pokémon and where to find them

As already mentioned it is fundamental first of all finish the main story and let the credits run their course. At the end it will be possible to continue playing to immerse ourselves in the "end game" content. In addition to new dungeons, there is the possibility of return and challenge the Legendary Pokémon faced during the campaign. The legendary creatures related to the plot are Zapdos, Articuno, Moltres, Groudon, and Rayquaza. These Pokémon will automatically be recruited upon their second defeat and ready to be used. 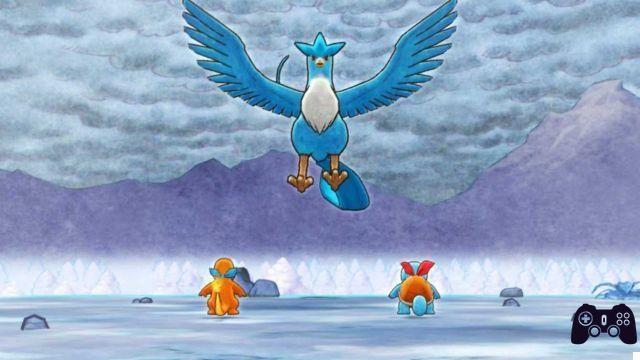 How to get everyone else - Pokémon Mystery Dungeon: Rescue Team DX, how to recruit Legendary Pokémon and where to find them

In addition to the legendary Pokémon linked to the story there are many others, well 15 exist and are all recruitable nell’endgame. Even for these the same rules apply, that is, they cannot be obtained at their first meeting. They will have to be beaten twice in order to have them in their team. However each will be hidden inside various very difficult and mostly related dungeons secondary missions. So get ready for the best by taking advantage of the tools and features of the game, take a look at our guides to learn more. 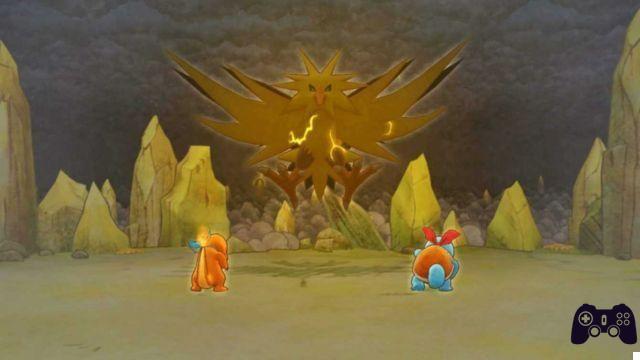 The legendary Pokémon linked to the story will surely have met them if you have finished the game. In case you haven't gotten to the end yet, the location of these creatures is as follows: Zapdos at Monte Tuono, Articuno in the Glacial Forest, Moltres on Vetta Vampa, Groudon in the Magma Cavern e Rayquaza on top of the Celestial Tower. 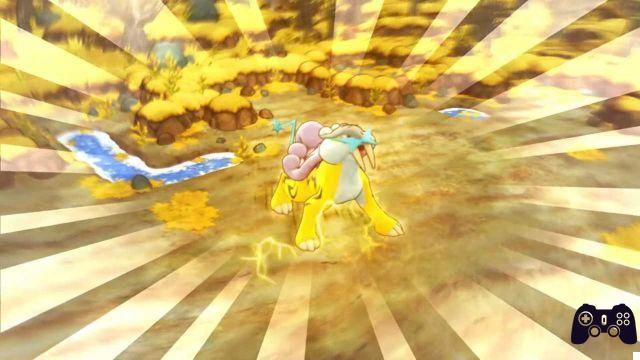 Nobody will stop us

With the information we have provided you now know how to recruit and where to find each Legendary Pokémon of Pokémon Mystery Dungeon: Rescue Team DX. In case you have doubts or want clarifications on this adventure created by Game Freak, ask us your questions below in the comments. In the meantime, I invite you to continue following us on Holygamerz to stay updated on the world of video games and technology.

Destiny 2: items on sale by Xur from November 15th

Add a comment from Pokemon Mystery Dungeon: Rescue Team DX, how to recruit legendary Pokémon and where to find them