New Pokémon Snap: how to get 4 stars with Pidgeot

Let's see together how to get the maximum score, or 4 stars, by photographing Pidgeot in the very recent New Pokémon Snap

Pidgeot was originally regarded as one of the rulers of the heavens, last evolutionary stage of that Pidgey that every player could easily find at the beginning of the adventure. In New Pokémon Snap will not be outdone: that majestic air that has always characterized this Pokémon of the normal / flying type, you will find it in the exact same way in the new spin-off title by Bandai Namco. So let's see together below how to get 4 stars by photographing Pidgeot in New Pokémon Snap for Nintendo Switch.

Although simplistic in nature, Pidgeot is a very creature solitaria and does not like the company of others (and for this reason it will be one of the most difficult Pokémon to get 4 stars with in New Pokémon Snap). Those who have the opportunity to venture into the new region of Lentil will notice it very easily: in New Pokémon Snap, in fact, his behavior will give a very good idea of ​​his being shy. 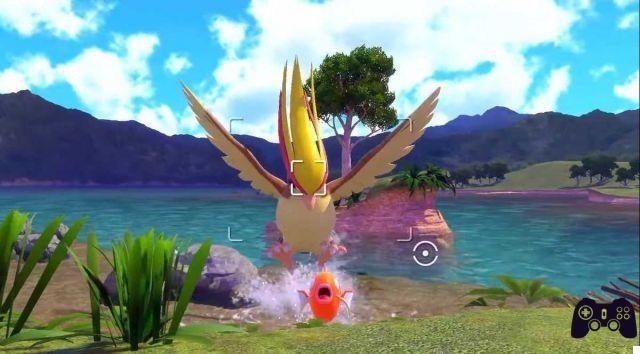 Note that if you can't find one of these specific situations that allow you to get a higher number of stars, it may be that the problem is yours. research level. If you can't find the specific moment for what you're looking for, keep taking photos on the stage to unlock each level of research and complete your own. Photodex.


If you want other guides on New Pokémon Snap and on all the games of the moment, stay tuned to the Holygamerz page. If you prefer to buy game keys at discounted prices, you can do so via our link to Instant Gaming.

New Pokémon Snap: how to get 4 stars with Torterra ❯

Days Gone: where to find all the Collectibles of the Characters

NBA 2K22: here are the best badges for My Player

Demon's Souls boss guide: how to beat the Phalanx

Add a comment from New Pokémon Snap: how to get 4 stars with Pidgeot