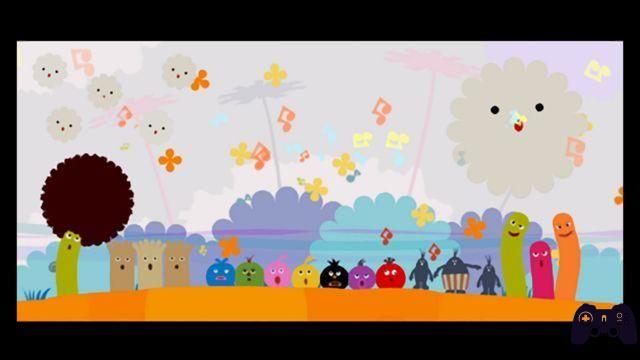 The sequel to the pucciosissimo PSP title has now arrived on PlayStation 4 in a totally remastered form. Get ready to hum the soundtrack.

Surprisingly - but not so much - last E3 2017 saw the announcement of LocoRoco 2 Remastered, after the first chapter had received the same honorable treatment a few months earlier. For many it will be the perfect opportunity to take a dip in the past, replaying two splendid platform pearls almost more than ten years old; for others, perhaps, it could be an opportunity to approach the series itself, acclaimed by critics for its artistic and playful care.

Asking whether LocoRoco has withstood the weight of the years is a rather rhetorical question. The remastered version also has the burden of transporting the controls of the series into a strange environment, in which the brilliant initial game design ideas are likely to fail. Expecting the miracle, we admit, was impossible; but that's not to say that LocoRoco 2 Remastered isn't worth playing.

A world of music and colors

A cute and cuddly adventure

Anyone who played LocoRoco ten years ago (or so) certainly remembers many things, but the first that come to mind are certainly the ultra-puffy style of the game and its sweet melodies. For those unfamiliar with the concept, LocoRoco asks the player to command a small colored blob around the levels, collecting collectibles and freeing small creatures in danger. The protagonists of the entire series are certainly the LocoRoco, small very soft creatures able to assemble into a single rubbery mass.

Already from this description it is evident that the series aims to be accessible for all ages. But the developers decided to take the next step: everything in LocoRoco is incredibly cute and cuddly, from the colorful design to the soundtracks hummed by delightful little voices. It is impossible to remain impassive to the charm of such a work, which, in any case, hides far more beneath the surface than one might think. If the first chapter was an excellent game-design test, LocoRoco 2 it is its natural evolution, with deeper mechanics and more inspired ideas. The feeling has remained essentially the same, and the advantage you feel in seeing everything on a living room screen is undeniable. PSP's (meager) five inches certainly didn't help to enjoy the beauty of such a design work, and this new remastered version does the game's concept perfectly justice, harnessing bright colors and other technical wonders of all sorts.

Finally, it is impossible not to mention once again the splendid soundtrack, which works in a rather curious way: just like in the original, at the beginning of each level the background piece will be composed only of the simplest instruments, gradually becoming more complex as our LocoRoco gets bigger. Small details, of course; but marvelous in their simplicity. 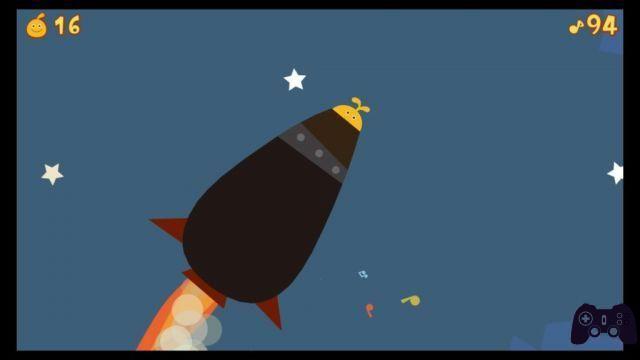 Jumpin 'around at the speed of sound

LocoRoco 2 aims for simplicity and fun

On the gameplay front, even there the general feeling has remained unchanged - which is, of course, a virtue for old fans but a plausible limit for those approaching the title. Using the lats, it will be possible to tilt the entire level to roll our LocoRoco, while the jump will be entrusted to the single pressure of the lats themselves. Just two other commands assigned to the circle button, useful for making the LocoRoco agglomerate and separate, and that's it: no other commands. Simplicity is an intrinsic virtue of the series, after all, and LocoRoco 2 can easily exploit it in its favor.. And yet, somehow, the tilted level mechanic works a little less on the living room screen, where tilting the entire PSP was almost part of the whole experience the game provided.

The physics engine still carries with it the inaccuracy of the origins: more than once we have happened to end up on a Moji for a too risky jump, and we have even lost an entire level for the same reason. Nothing that a little practice cannot solve, fortunately: unlike the predecessor, LocoRoco 2 it seemed slightly simpler to us, despite the aggression of some enemies has taken off to say the least.

On the playability front, an excellent job has also been done to evolve the mechanics compared to the previous one: our LocoRoco will periodically learn new skills (first of all: swimming), which will give constant variety to the game formula using the controls in an always different. From this point of view, it is evident that LocoRoco 2 is an almost total evolution compared to the first chapter, an evolution that, even in the gigantic number of collectibles (from stamps to materials for the MuiMui house), delves into the game mechanics and the initial ideas of the developers. 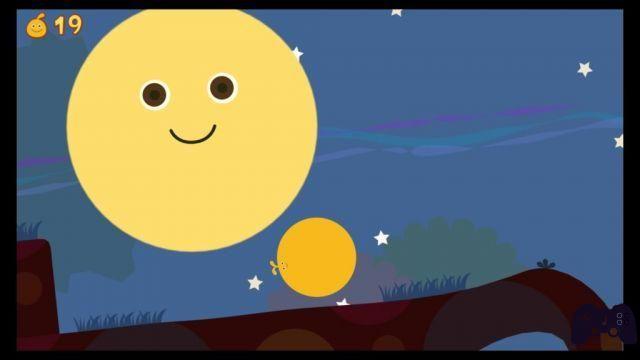 The déjà-vu is a Matrix error. It happens when they change something.

On the technical side, there is a pinch of laziness

Developers who proved highly inventive on one front, but tremendously lazy on the other: our initial feeling of déjà-vu has been materializing more and more, coming to the realization that many levels of LocoRoco 2 are clearly recycled from the first chapter for a good part. Fortunately, there are new ones - and heck if they are well done: the Fort BuiBui has extremely interesting mechanics, and the boss battles are undoubtedly more successful than the predecessor. However, perhaps in an attempt to suggest a sense of continuity with the settings of the former, LocoRoco 2 he often asks us to retrace exactly the same steps in the same levels as the progenitor, changing something from time to time. This means that many aspects have been improved, but others (such as the slides on the ice) have remained unchanged, dragging with them the same flaws as the first LocoRoco. All in all, LocoRoco 2 Remastered it is much more choreographic than you might think, and there are many occasions when the transition from one section to another of the level is a simple expedient to show off the beauty inherent in level-design.

It must also be said that, where the levels are actually modified, the ideas are wonderful and well exploited: despite a feeling of general recycling, the added sections work and are also a lot of fun to play. Too bad that the recycled levels are revised too often, so much so that at one point we even thought we were playing a fusion between the first and second chapter. 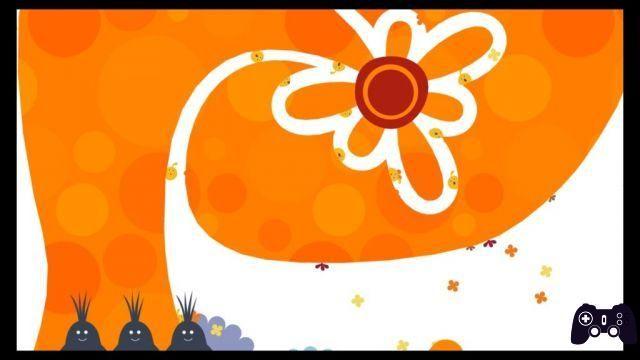 LocoRoco for the Environment

LocoRoco seems to be hiding something between the lines

Ten years ago, the writer was about twelve years old and had recently received his PlayStation Portable. Ten years ago, the writer would never have been able to see all the subtext that a game can hide, from the most devious jokes to the most studied winks. Imagine the astonishment when we became aware of all the harsh pro-environment criticisms hidden in LocoRoco 2 Remastered (and, to our memory, also in the predecessor).

In short: the world of LocoRoco is threatened by a host of dark and colorless monsters, capable only of wreaking havoc on the planet by pure and simple instinct. In the second installment of the series, the Moja (the name of the race of monsters) wreak havoc on the world through a black smoke, which causes the flowers to wilt and the animals to weaken. And, coincidentally, when the LocoRoco remove the Moja or their black smoke, the area around them regains color and life, allowing nature to shine again. At one point, the entire planet seems to react against the Moja threat, rebelling once and for all thanks to the pure and innocent strength of the LocoRoco (and all other creatures).

Like some works by Studio Ghibli, LocoRoco 2 Remastered seems to be a veiled and extremely refined criticism of pollution: with a beautiful, simple story to frame, the message passes between the lines almost undisturbed.

In LocoRoco 2 Remastered, LocoRoco fight with music and colors, with art and childish innocence, emphasizing the contrast with the Moja society which, unlike the lively and wild LocoRoco, is excessively industrialized and destructive. Perhaps the LocoRoco represent innocence and the new generations, in contrast with the instinctively voracious society of the Moja? Maybe. What is certain is that everything turns out to be of a unique refinement and effectiveness, demonstrating how a good story must not be too complex to communicate something; what matters are the ideas, and the strength of the message you want to send. 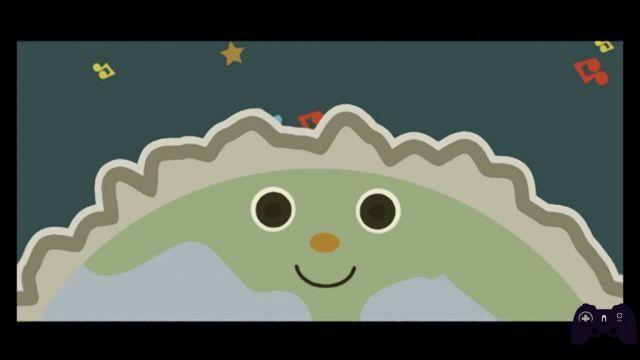 Verdict 8/10 The Princess LocoNoke Comment LocoRoco 2 Remastered keeps the feeling of the original intact, resulting in a natural evolution of the gameplay of the first chapter. The years have certainly not benefited this little pearl of the PSP panorama, which, despite its great gameplay, has a formula that is sometimes repetitive; yet, the developers had definitely made huge efforts to make it more varied ten years ago, and the very pucciosissimo second chapter of LocoRoco lets you play without too many problems, definitely becoming one of those experiences that you have to play at least once in a lifetime. Besides, watching all those colors on a giant screen definitely has its effect. Pros and cons ✓ Delightful and timeless graphic style
✓ Gorgeous soundtrack
✓ Sometimes inspired level-design ... x ... Other times recycled
x Begin to feel the weight of the years
Do you want to be a video game expert and know all the tricks, guides and reviews for your video games ? Holygamerz.com is a group of video game fanatics who want to inform you about the best tricks, guides and tips. We offer you the best information to be a reference in gaming, so here you can find guides, tricks, secrets and tips so you can enjoy your games to the fullest. Are you ready to get all the achievements of that game that you resist so much? Enter now and enjoy your favorite video game to the fullest!
Life is Strange: Before the Storm Episode 3 - Hell is empty review ❯

Rage 2 review: between headshot and glam