FIFA 22: let's get ready for the new season with a guide to FIFA Points

FIFA 22 is in the pipeline: next week it will be time to take the field again, not before having read our guide to FIFA Points

We are facing a crossroads. The annual competition between FIFA and PES has taken a completely different path this time around, considering the extreme change of direction of the Konami series that this year will be released in the form of an updated free-to-play title with expensive DLC and under the name of eFootball. On the other hand, the strength of the FIFA franchise remains undisputed and the hype of football fans does not stop even in the face of the classic controversies that ignite every year. FIFA 22 is coming, the release date set for October 1 is inexorably approaching and, like many of you, we can't wait to get our hands on it once again. While waiting for the game, we want to brush up on some age-old concept for those who, especially, have approached the Ultimate Team mode little or no at all in recent years. In this instance, let's talk about FIFA Points.

What are FIFA Points?

FIFA Points (or FUT Points, as you like) are the game currency that can be purchased with real currency from the FIFA franchise. The Ultimate Team mode is mainly based on competition with other players, an online multiplayer that does its best (and does it well) to be considered a real "game as a service" disconnected from the other FIFA modes. FIFA Points allow you, once purchased with real money, to unlock extra items and packages more easily, in addition to those that you will get by playing the various games “normally”.

What are the benefits of FIFA Points? - FIFA 22: let's get ready for the new season with a guide to FIFA Points

What are the benefits? Of course, by purchasing FIFA Points you can greatly accelerate your progress in Ultimate Team mode. By unlocking and purchasing premium packages, such as the Ultimate Team Packs (including Silver, Gold, Mega and, of course, the Ultimate as well). You could also think about buying some Player, or FIFA Icons, that is the strongest players of every football era. Electronic Arts has already revealed the presence, in FIFA 22, of Icons such as Casillas, Van Persie and Cafu, as well as the legendary Rooney.


What else can i buy? - FIFA 22: let's get ready for the new season with a guide to FIFA Points

With FIFA Points you can then also buy Trainers, Kits, Draft, or, ultimately, exchange them for FIFA FUT coins, the ones you will get by winning games in short. Finally, we remind you that you can transfer your FIFA Points from FIFA 21 to FIFA 22 only for a limited time, ie until December 31, 2021. If you want to buy FIFA Points at an advantageous price, please refer to the link with FIFA point price plus low. We remind you that FIFA 22 will be available starting October 1st on PC, PS4, PS5, Xbox One, Xbox Series X | S and Nintendo Switch. The next-gen version will not be available on PC, which will only run the last-gen version. 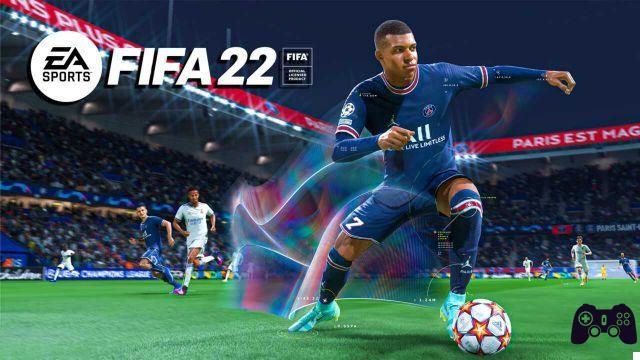 Our short guide to FIFA Points ends here, now we are back sitting next to you waiting for October 1st to finally get your hands on FIFA 22. And what do you think of the franchise? Are you a football fan? Write it to us below in the comments, we will continue to keep you updated with all the news, guides and reviews on videogame and tech! And if you are interested in game keys at affordable prices, we recommend that you take a look at the InstantGaming catalog!

FIFA 22 is coming: what to know before you start playing it! ❯

Watch Dogs: Legion, how to recruit and get the best affiliates

The Legend of Zelda: Breath of the Wild, how to get the Thunder Helm

Destiny 2: items on sale by Xur from January 18th

Add a comment from FIFA 22: let's get ready for the new season with a guide to FIFA Points