Samsung One UI vs One UI Core: what's the difference 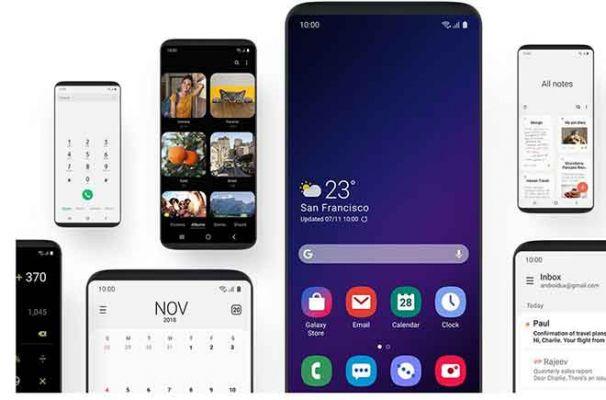 Samsung has the ability to pick confusing names for its smartphones, which also fall into the software. Lately, many are getting confused between Samsung One UI and One UI Core. As frustrating as it may sound, both iterations of One UI are different. We will compare both to explain how One UI Core differs from One UI in this post.


We will cover the differences between One UI and One UI Core and supported devices. Finally, we'll tell you if it's a good idea to buy a One UI Core phone.

What is Samsung One UI Core

A UI is the custom Android skin installed on Samsung Galaxy smartphones. It comes in two variants: regular One UI and One UI Core.

For starters, One UI Core is not a beta version of One UI. It's a stripped-down, more stable version of the One main UI meant for low-budget and mid-range Samsung Galaxy phones. This means that it has fewer features than the One UI which is mostly found running on other Galaxy phones.


Which Samsung phones have a UI core

What features are missing in a UI core

One UI Core is a stripped-down version and that doesn't mean Samsung is removing core features. Truth be told, you wouldn't even notice the difference as such. Contrary to popular belief, Samsung keeps features like dark mode, gestures, focus mode, digital well-being, ability to hide apps, one-handed mode, etc., in One UI Core. To top it all off, the user interface and overall experience are almost the same.


Recently, Samsung announced that most Galaxy smartphones released after 2022 will receive 4 years of security updates. Both M and A series are included in the list.

So what's left in One UI Core? Let's check it out.

Good Lock is an add-on app from Samsung that allows you to customize and add functionality to your Galaxy phone using various modules. You can customize the look of the navigation bar, the clock on the lock screen, filter notifications and much more. Unfortunately, this app and its modules don't work on One UI Core.

Samsung's digital voice assistant, Bixby, is also missing from the One UI Core. While Bixby routines cannot be used, Bixby Vision (Samsung's version of Google Lens) is available on devices that support One UI Core such as Galaxy M51.

Easy mode offers a simpler home screen view along with larger elements. It is quite useful for people with low vision and the elderly. Previously, Easy mode was available on all Samsung Galaxy smartphones. If you intend to use it, you should buy a normal working phone with One UI and not the one with One UI Core.

Some phones running One UI Core do not have the comprehensive security features offered by Samsung Knox, especially the hardware-based features. You won't notice anything in the frontend, but devices that don't offer full Knox security aren't ideal for enterprise deployments.

Likewise, the popular Secure folder is also missing on low-budget One UI Core devices. However, it is available on mid-range phones.

The Your Phone app from Microsoft helps you connect your Android phone and Windows 10 PC. With the app, you can view your phone's messages, notifications and photos on your PC. You can even make and receive calls on PC. These features work on all Android phones, even those running One UI Core. But if you have a One UI device, you can open and run Android apps on your PC. This is a feature that you will not be able to use on One UI Core phones.


How to control a variant of the user interface

To find out which variant and version of the One UI you have on your phone, follow these steps:

In the previous version of One UI 2, there were big differences between One UI and One UI Core. But the latest version, namely One UI 3, has added most of the features to One UI Core. In the future, Samsung may add those missing features in One UI Core as well. What are your favorite One UI features? Share them in the comments below.

Download, install and use Microsoft Teams on Linux ❯

add a comment of Samsung One UI vs One UI Core: what's the difference