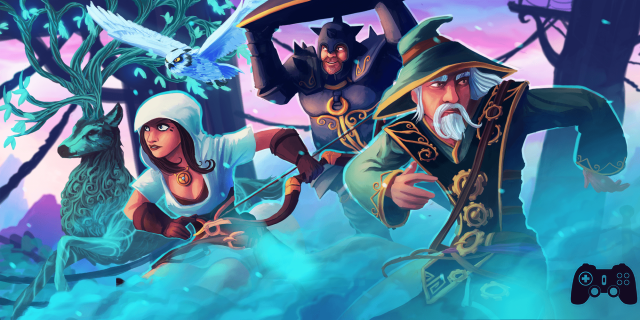 When Trine arrived on digital shops in 2009, all fans of the platform genre were amazed by the almost perfect work of Frozenbyte: the title put the player in the shoes of three unlikely heroes, made immortal by a precious artifact and forced against their will to save the world by collaborating with each other. The huge success of Trine led to the inevitable sequel in 2011, and a revised and corrected version of the same second chapter on Wii U in late 2012. With the debut of the PlayStation 4, the Frozenbyte saga was released in two new ones. full versions (also on other platforms), in preparation for the third chapter Trine 3: The Artifacts of Power, for the first time in three dimensions this summer on Steam and last December 16 on PlayStation 4 at a starting price of 21,99 €. Will the three heroes united by the soul artifact succeed in convincing us once again?

After the events of Trine 2, Amadeus the wizard, Zoya the thief, and Pontius the knight are separated to live their own lives, until Trine calls them back to face another threat. Reunited again under the artifact of the soul, the three decide to hand over their powers and separate

definitely. Obviously it's not that simple and Trine breaks free, freeing the fragment of the soul of Sarek the Immortal (which fans of the series will already remember as the boss of the previous episodes). To undo the damage done and try to defeat the powerful sorcerer now free from chains, the three heroes will have to join forces once again. One of the strengths of Trine 3 is precisely the narrative component, if the first two episodes focused only on the heroes and on a linear plot, Frozenbyte tells us the story of the artifacts of power and how Trine herself was born, finally giving a depth (and we're not referring to adding the third dimension) to the story and universe of the game.

The real problem lies in the overall length of this third episode: to complete the eight main chapters, the ten bonuses and the extra reserved for the PlayStation 4 version, it will not take more than six hours (practically half compared to the past), even collecting all the collectibles thanks to a list that indicates which ones and where are the ones that are missing in the course of the level. The ending of Trine 3 also leaves open to a fourth chapter, not yet announced, with a cliff-hanger never seen in the series, which in the past episodes had accustomed to an ending yes open to new adventures, but completely disconnected from the previous ones. Fortunately, all this does not affect the overall quality of the title and the now complete characterization of the three heroes and of the Trine itself, never like this time the absolute protagonist of the story.

It's not just the storyline that feels deeper

It is not only the plot that gains depth in Trine 3, even the gameplay of the game undergoes a necessary evolution, from a simple two-dimensional platform it evolves by acquiring the third and expanding all the mechanics of the heroes protagonists. Pontius, Zoya e Amadeus will now have much more space to solve the countless puzzles and collect the inevitable collectibles. Unfortunately, the Skill Tree introduced with the second chapter was sacrificed instead, leaving the three with only their basic skills. Let's recap the abilities of each protagonist for those who have never approached the series: Pontius the knight, is the attacker of the group, with R2 he will defeat opponents with sword strokes, with a triangle he will charge while running (pushing objects or giant balls) pressed X after a jump it will glide, with X + Circle it will create a powerful shock wave (strengthening any trampolines) and with the right stick it will be able to repel bullets with the shield; Zoya the thief is stealthy and fast, equipped with a bow with infinite ammunition (R2), and a useful grappling hook (square) with which to tie levers, boxes and anything else on the screen; finally Amadeus, the magician capable of creating a box from scratch, and using it in the strangest ways (Triangle), is also capable of levitating objects and platforms with R2. Thanks to the Trine you can switch from one hero to another at any time (L1 and R1) and, in the unfortunate case he dies, the next character will be able to resurrect him by approaching the spirit of the fallen companion. 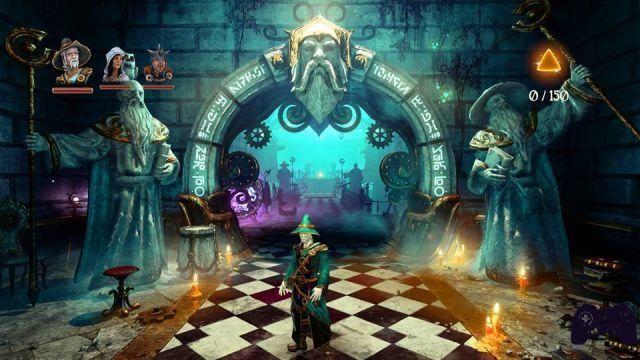 The difficulty is very low

As already mentioned, all the new environments and puzzles now enjoy a three-dimensional exploration, leading our heroes to take advantage of every little movement to achieve their purpose. Trine 3's riddles are mainly a set of levers and lifts to activate and position in the right way to allow your character to continue. Each puzzle has more than one solution and you will hardly get stuck in the course of the adventure. The low difficulty is another of the main defects of this third episode: although you will happen to lose some hero (more for a badly calculated jump or an enemy shot dodged too late) you will hardly find yourself without characters, thanks also to the possibility of resurrecting the fallen.

On PlayStation 4 Trine 3 enjoys full HD resolution at 1080p and a fixed frame rate of 60, which make the title a real joy for the eyes, especially for the new settings ranging from an enchanted forest to a sunny beach, passing through the temple where everyone began in 2009 and the pages of the Book which contain the secret of the Artifacts of Power. The level dedicated to the manuscript is the most successful both stylistically and conceptually, showing the true skills of Frozenbyte. 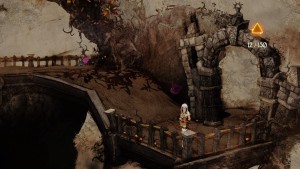 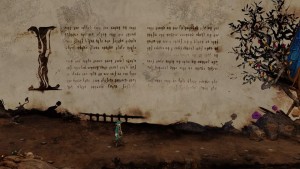 The trio of voice actors from the previous episodes is also back, joined by new apt and well-acted voices, unfortunately once again only in English, while all the texts on the screen, including the dialogues, are subtitled in excellent Spanish. The soundtrack does not excel but is carried away by the game action.Trine 3 is easily appreciated even by those who have not played the previous two but it will become essential to appreciate the next ones.

Verdict 8/10 When is the fourth chapter? Comment Trine 3: The Artifacts of Power represents the natural graphical evolution of its two predecessors, offering new settings that are astonishing and beautiful to admire. The plot also tries to give a new depth to the series, recounting the past of the soul artifact and revealing the secrets of the past episodes. Unfortunately it pays for a poor duration and a high ease compared to the past, leaving the players hanging with an open ending waiting for the next chapter. Pros and cons ✓ Stunning settings
✓ Interesting plot
✓ Excellent dubbing x Shorter than its predecessors
x Simpler than its predecessors
Do you want to be a video game expert and know all the tricks, guides and reviews for your video games ? Holygamerz.com is a group of video game fanatics who want to inform you about the best tricks, guides and tips. We offer you the best information to be a reference in gaming, so here you can find guides, tricks, secrets and tips so you can enjoy your games to the fullest. Are you ready to get all the achievements of that game that you resist so much? Enter now and enjoy your favorite video game to the fullest!
News SEGA Mega Drive Mini: title line-up unveiled ❯

Final Fantasy VIII Remastered review: the SEED, the Witch and the Garden

Add a comment from Trine 3: The Artifacts of Power review