Tech iPhone X is tempting, and you should stop hatering 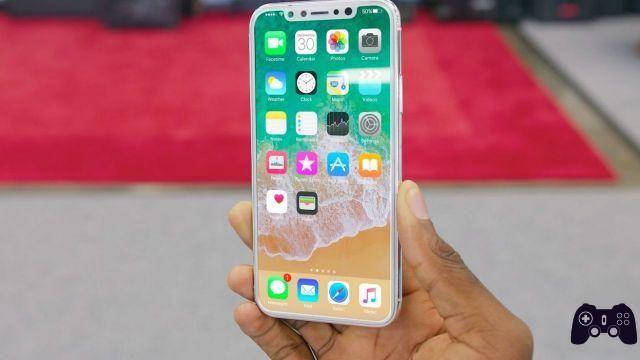 It is useless to introduce you to the subject of this umpteenth baleful editorial controversy: Apple yesterday presented the iPhone X and you found the Facebook wall infested with posts. We hope you have noticed that three quarters of these are ridiculous.

It has happened every year since 2007 and by now we should be used to it, but instead we regularly fall back into the same trap every 365 days: the Keynote in which Apple presents his latest iPhone by - an expression that more or less hasn't been used since 2007, by the way - and everyone freaks out. This year, due to the "fault" of the iPhone X, we have reached our personal level of saturation, and - given that the writer is a fairly super partes technology enthusiast, who personally uses the paired Android smartphone and iPad for three or four years, refreshando the related hardware to the necessity - we have felt the need to join our voice to this chorus of runaway voices.

Because too many have not understood that in the technological field it is not who arrives first (but who arrives better) wins and that when Apple adopts a technology this becomes the beauty of the dance. And as usual the mantra is good artists copy, great artists steal.

Apple has stopped making the alternative at any cost. And that's good

The first thought after the presentation of the iPhone X was just this: welcome to 2013 Apple. Undoubtedly an ironic and mocking statement (by now you should know us, it is our trademark), but which also hides some hints of sincerity behind the sarcasm. Because it is very true that many of the great revolutions presented last night they have been on the market - even quite widely - for years, that Samsung and more generally Android arrived five years ago and that when on stage they said something like "this is the first AMOLED display good enough to end up on an iPhone" a solo of parnacchie has started for our part, but it is also true that finally Apple has adapted what the competition offers. Without wanting at all costs to make alternatives to the situation - and we are referring to the genius of equipping iPhone 5 with a display "higher" than one line, instead of converging towards a 5-inch device as the rest of the world was doing - without too much scrambling on the mirrors to justify the choices made. The new iPhones - it was even now - will mount OLED displays, which those who are writing these controversial lines believe definitely more beautiful to look at (and considering that we are talking about a device where the screen is 80% of the experience, you said little) and overall able to offer a better User Experience. Not bad if the other manufacturers had reached this conclusion three geological eras ago, what should really matter to us is that in the end even a giant like Apple has taken the plunge. Who earns it (apart from very trivially Apple)? Customers, why now inevitably the level rises, the competition gets worse and the products - if they want to hope to leave the shelf - have to get more captivating.

Do not mention it.

Finally, induction charging is also arriving, a feature introduced even late compared to what Microsoft did with its attempt to enter the smartphone market. And it arrives - the really positive news is this - not through the usual proprietary standard, closed and such as to force consumers to buy new devices for wireless charging, but by exploiting what is currently the most widespread solution on the market, Qi. You could object that thanks to the c * zzo, they moved five years late and now they are forced to do so, but let's talk about the house that last year he had done without too many ceremonies (and even for no apparent reason). that headphone jack which had been there practically since the dawn of the industry. On the one hand, therefore, if you already have charging stands at home, you don't have to spend any more money (and if by chance Apple threw out a thousand thousand euro base for your i-Devices, you could easily take the swag elsewhere and buy a cheaper solution. ), on the other, as we said a little above when the Cupertino house moves, the market also moves. A market that already boasted several important players - see for example Ikea - but which now really risks exploding. So basically who cares if there's nothing really new, who cares if Samsung had already put on the market a device that was practically only display: the fact that Apple "steals" does not prevent your Galaxy S8 from functioning as it did until yesterday - and indeed, there is the case that maybe the parent company also evaluates the possibility of making it work better with some updates. Especially since our only perplexities concern what they introduced again in Cupertino: Giving up the TouchID on iPhone X and betting everything on the unprecedented FaceID is a gamble perhaps too reckless.

FaceID without TouchID is scary, but not for privacy

First of all, because - as we saw during the presentation - the side effect was removing the traditional Home button from the device, having to modify a well-established User Experience accordingly. A point of reference has failed, and it will be necessary to test in the field if the new gestures designed for this design will really improve the users' experience with the device. Secondly, and much more dangerous, it will be necessary evaluate in the field how FaceID works: Apple obviously promised miracles, and it cannot be said that the idea of ​​taking the phone out of your pocket and unlocking it with a single glance did not a lot of potential (of the type that James Bond took off), but in addition to understanding if these miracles actually stand - considering that during the Keynote FaceID has already stumbled, the fear rises - it will be necessary to see if the "look to unlock" will always be a functional solution. Keeping both possibilities up, trying somehow to make TouchID survive even on the iPhone X, would have been a more technologically demanding compromise, but perhaps safer for the end user.

There is little to do, and for all these arguments we will have to wait for the release. There is certainly that for now iPhone X is a temptation - and maybe even something more - and that many, too many people should stop doing the hater by profession.

Do you want to be a video game expert and know all the tricks, guides and reviews for your video games ? Holygamerz.com is a group of video game fanatics who want to inform you about the best tricks, guides and tips. We offer you the best information to be a reference in gaming, so here you can find guides, tricks, secrets and tips so you can enjoy your games to the fullest. Are you ready to get all the achievements of that game that you resist so much? Enter now and enjoy your favorite video game to the fullest!
Persona 4 Golden Guides - How to Maximize Social Stats ❯

iPhone 9 could be presented on March 31st

Galaxy Z Fold 2 Was Tortured, But He Didn't Give Up!

Add a comment from Tech iPhone X is tempting, and you should stop hatering