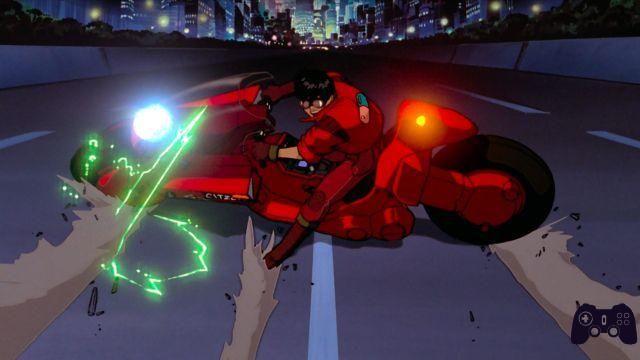 Akira's canceled video game for Mega Drive has been found.

The discovery was made by the boys of Hidden Palace, which managed to trace back to a prototype version of the Akira developed by Black Pearl Software for Sega Mega Drive. The title was originally intended to be published by THQ, but after the announcement in 1993 nothing more was heard.
To tell the truth, Hidden Palace has not simply found a partially functional version of the title, but has delved into the productive history of the game, exhuming the entire story that led to its cancellation.

The versions planned for the release of Akira's video game were many. Akira for Mega Drive is just one of many: THQ had plans to release several ports for SNES, Game Gear e GameBoy, of which only a few sprites are currently available.

Some of the sprites from the SNES version of Akira

Mad archaeologists. Hidden Palace is a community of enthusiasts that collects information and prototypes of forgotten video games, hardware, artwork. On the site you can consult the list of discoveries made from its birth to today.

Lawrence Siegel, CEO of Black Pearl Software, is one of those Americans who, in the early 90s, remained hex from that pearl cyberpunk which was Katsuhiro Otomo's film. A friend lent him one of the home video copies, and Siegel fell in love with it so much that he got it into his head that he wanted to create Akira's video game. Siegel jumped on the first plane to Japan and showed up directly at the gates of Kodansha, which owned the rights. There he spoke directly with Otomo himself, who gave him his green light and gave him a handful of original animation cells.

Development officially started in late 1993. The Black Pearl team was particularly pleased to be able to work on an Akira tie-in. In order to obtain funds and manpower, Siegel made what in his eyes was the best choice: he reached an agreement with THQ for the union of the two companies. The union, however, led the project to be wrecked.

The 1994 demo There is a video showing the demo presented at CES in 1994. The version on display is that of Akira for Mega Drive, developed directly by Black Pearl

Black Pearl managed to secure the production of an infinity of different versions. THQ agreed to the creation of versions for SNES, Game Gear, Mega Drive and Game Boy, with the possibility of developing a port for the upcoming Atari Jaguar and for PC as well. Development for the Nintendo consoles was entrusted to Handmade Software, in the UK. Handmade Software, however, soon lost interest in the project and made several different versions of poor quality. This, coupled with the fact that Handmade had encountered major financial problems, led to the closure of the studio and the final death of the project.

Meanwhile, in 1994, Akira was unveiled to the public at CES, complete with a demo of the Mega Drive version. Subsequently, however, THQ decided to shelve the project due to the difficulties of developing the various ports. Around November of the same year THQ officially transformed Akira into one of the many canceled video games that have crowded the history of the medium, and Siegel left the company in early 1995.


Well yes, I tried the game.

The one released by Hidden Palace is a prototype version prior to the build presented at CES in 1994. It is an incomplete version of the title, characterized by numerous bugs and incomplete levels, but it is still playable thanks to the help of an emulator (for my test I used Fusion).
Often when dealing with forgotten video games you find yourself facing technically disastrous titles, set aside because they are unacceptable.

The work done by Black Pearl, on the other hand, is incredible.
The game intro takes up the movie poster, while a 16-bit re-edition of the original soundtrack plays in the background. From the menu it is possible to select the various levels, all introduced by short animated videos taken from the most iconic scenes of the Otomo film. The game, technically speaking, is extremely ambitious. The development team opted to fit well into a single cartridge four different engines, which allowed an always different approach to individual missions. 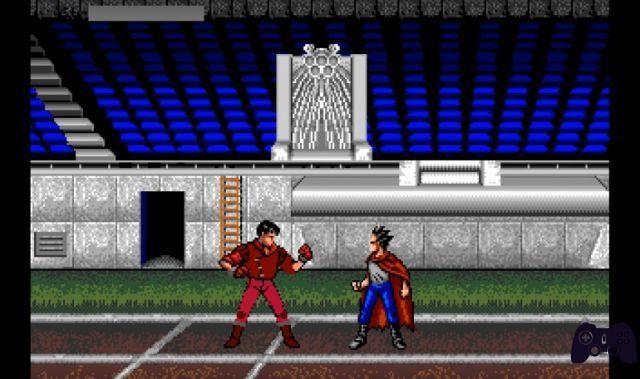 The final battle between Kaneda and Tetsuo 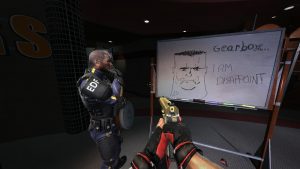 Akira is a video game that combines many different genres: the first levels tell the motorcycle races of Kaneda and Tetsuo, with a style that closely resembles the glories of Super Hang-On and Road Rash. Later the game turns into a primal FPS (in the playable version, this is the technically weakest section) set in the hospital where Tetsuo is locked up.
The third part sees Kaneda crossing the Neo Tokyo sewers in a typically action / platform level and then aboard a hover in a section designed to be a horizontal scrolling shoo'em up. After an isometric beat'em up section, the game ends with the clash between Kaneda and Tetsuo, once again presented as a side-scrolling fighting game. None of the levels are completable, and some suffer from glitches and lack of any kind of sound.

It is an incomplete game, yet it makes clear all the potential it had

Akira is a stunning game. While it is almost incredible to be able to see it at work, on the other it saddens to see how such ambitious software has been thrown away in this way. Who knows what impact it would have had on the medium and on the market. Unfortunately we will never know.
The ball now passes to the modders, who thanks to the information unearthed by Hidden Palace could try to rebuild the game, as has already happened in the past with other canceled video games.

With all due respect to those who oppose the homebrew scene and emulation.

Do you want to be a video game expert and know all the tricks, guides and reviews for your video games ? Holygamerz.com is a group of video game fanatics who want to inform you about the best tricks, guides and tips. We offer you the best information to be a reference in gaming, so here you can find guides, tricks, secrets and tips so you can enjoy your games to the fullest. Are you ready to get all the achievements of that game that you resist so much? Enter now and enjoy your favorite video game to the fullest!
Special Who is really the protagonist of Dark Souls III? ❯

Special A reflection on Cyberpunk 2077, the world of video games and the role of the press

Special The 10 Game Directors of the moment

Ars Ludica special in: the universe of The Witcher and Geralt of Rivia

Add a comment from Special Beyond the boundaries of vaporware: Akira's video game for MegaDrive has been found