NBA 2K22: guide to the best build from Centro

Let's see together, in our exhaustive guide, what is the best build to build the perfect Centro in NBA 2K22: high, that's for sure, but what are the other parameters to take into consideration?

We have been back on the court for some time now, because NBA 2K22 has stolen our lives a bit, we must admit. Arrived last September 10 on the shelves for PC, PS4, PS5, Xbox One and Xbox Series X | Yes, we have thoroughly described it in a long-winded review that you can find by clicking here. Leaving aside some technical flaws that 2K has been carrying out for years now, the 2022 version of the title captured us both for its excellent technical and aesthetic quality, and for the amount of modes and things to do added this year. We don't want to repeat ourselves though, so we refer you to the review in case you want more details. Here, we want to introduce you to a series of ours guides on the best builds to set up to create your perfect team.

Before starting our guide on the best build from the Center in NBA 2K22, we remind you that here on Holygamerz you will already find a good list of tips regarding the 2K title. Starting with the complete trophy list, we have already listed the best badges for My Player, our tips and tricks to start playing, how to get around with the skateboard and a quick guide to earning VC for free. That said, let's get started: First, who is the Center in basketball?

Who is the Center?

The Center, in basketball, is typically the tallest player on the team and is usually positioned under the basket both in attack and defense. The peculiar height, also associated with strength, make the Center responsible for all offensive rebounds and for putting other players into the action. On the defensive level, however, it deals with collecting dangerous rebounds or blocking opponents shots. We will divide this article into two distinct parts: the one related to creating the best possible center build in NBA 2K22 for Current-Gen (PS5, Xbox Series X | S) and for Last-Gen (PS4, Xbox One).

Before you start creating your MyPlayer, you will need to create one the physical appearance of the face. There are many physical parameters to retouch, from the color of the skin to that of the eyes and, even more significantly, that of the hair. Take your time, considering that you will be spending a lot of your time in NBA 2K22 looking at your player's ugly face. Also remember that if you are not satisfied you can always change the connotations from the MyPlayer menu. 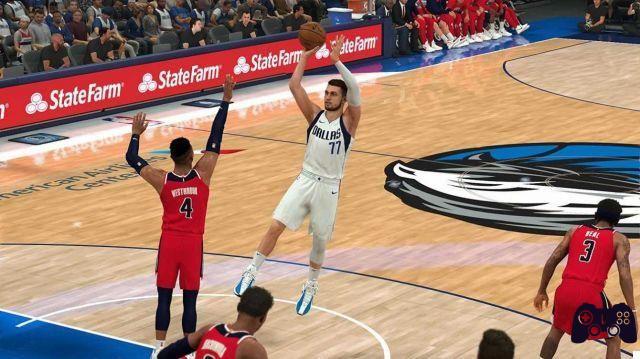 Once you have determined the aesthetic features, it's time to "build" your MyPlayer. Name and Number will have no impact on the attributes, while the choice of the dominant hand will have some repercussions on dribbling and other minor things. Location, on the other hand, will determine the basis of your build, so choose carefully. You will have to choose too Height, Weight, Arm Spread and Build, the latter exclusively linked to cosmetics. The first three parameters instead will drastically change your maximum Attributes, so we have determined all the options for your player's Body, in this case the Center, which you find right below:

Let's go now instead to see, little by little, the Attributes necessary for the creation of a good Center. Let's start with Conclusion: 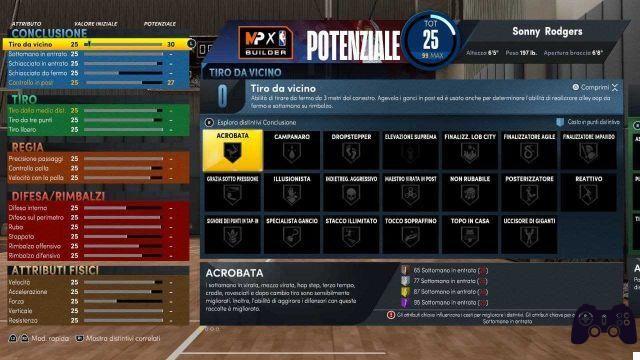 For the Threw, bring the Medium distance shot to a value of 30. As for the Regiainstead, take the Accuracy of Steps a 90. Below we see the Attributes concerning the Defense / Rebounds: 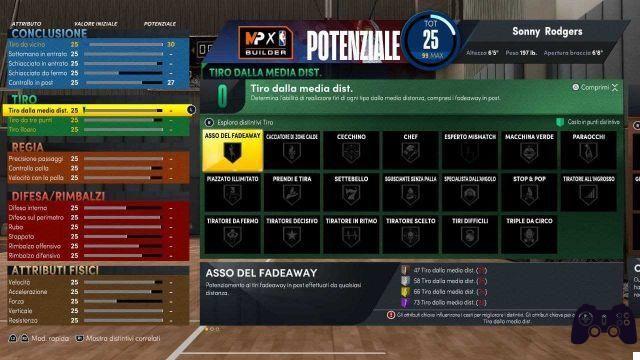 As for the Impetus, the best to assign to your player in the Center position are: 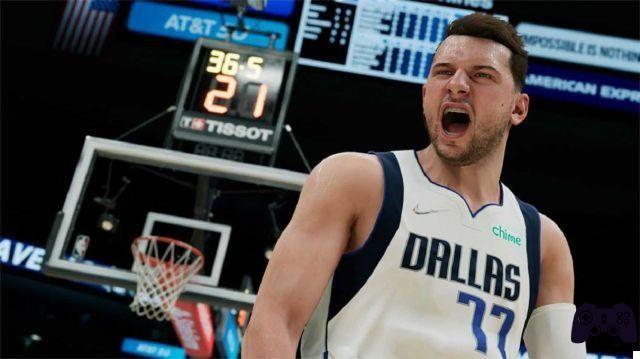 Let's go now to see what the badge to be preferred for each attribute, starting with those for the attribute Conclusion:

For the attribute Threw you will not have to select any Badges. Let's move on to those dedicated to Directing: 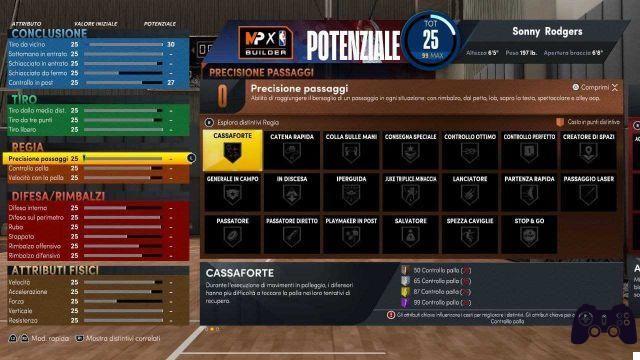 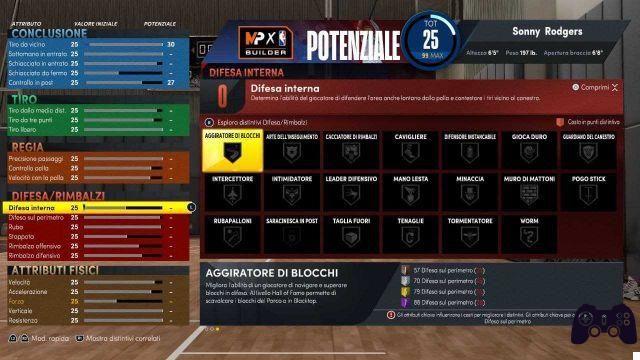 Now let's move on to the Center in Last-Gen: the physical options

Instead, let's see, in the next paragraphs of this guide, the best build for an effective Center for those who play NBA 2K22 on last generation consoles (PS4, Xbox One). Create and customize your player's face as you wish, give him the build you want and get ready to train him to the fullest. As for the body options, Height, Weight and Arm Spread, these will be quite similar to the next-gen version. Find them below:

The subdivision into paragraphs is practically the same, so let's start with the scores to be assigned to the various attributes, starting with Conclusion: 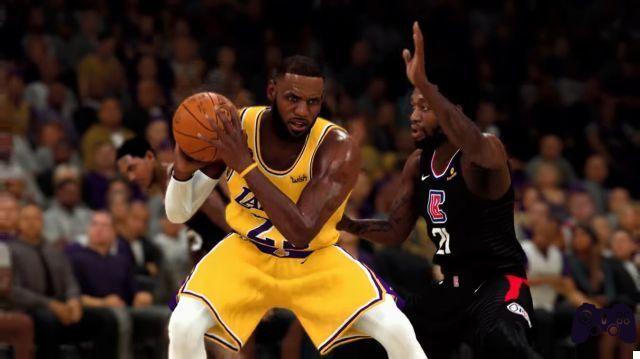 As far as the Threw, bring the attribute Free Throw at 70 points. For the Regiainstead, take the Accuracy of Passes to 63 and Ball Control at 38. For the Defense / Rebounds, follow the following list:

THESurging to choose in this case is "Guardian of the Basket". Now let's move on to Badge to be selected for each attribute category, starting with that of the Conclusion: 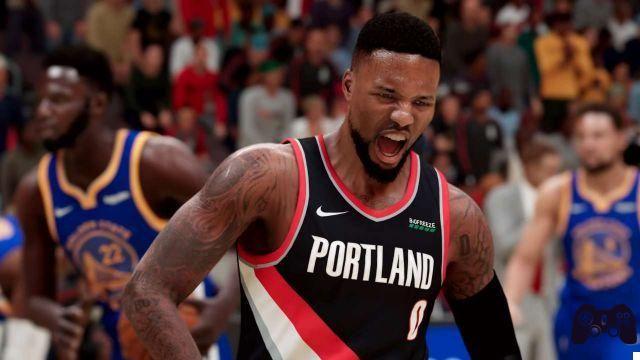 As for i Badge inherent to Threw, refer only to Catch and Shoot (Bronze). Turning to the Regiainstead, only Ankle Breaker (Bronze). Below, however, you will find the badges related to Defense / Rebounds: 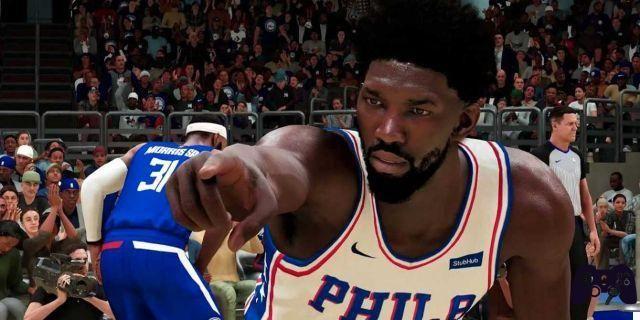 End our long-winded guide on how to build the best Center build in NBA 2K22 here. Hoping to have been useful we ask you: are you playing the 2K Sports title? What do you think about it? Write it to us below in the comments, we will continue to keep you updated with all the news, guides and reviews on videogame and tech! And if you are interested in game keys at affordable prices, we recommend that you take a look at the InstantGaming catalog!

Resident Evil: Resistance, how to use characters and skills

Animal Crossing: New Horizons, how to make money and Stelline with turnips

Genshin Impact: how to get Diluc

Add a comment from NBA 2K22: guide to the best build from Centro